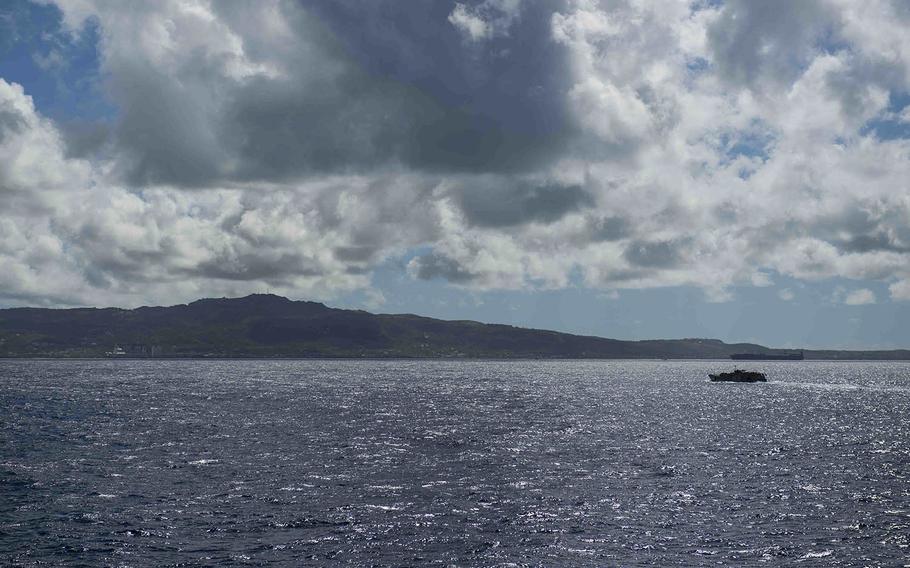 The USS Ashland recently completed a 17-day stint helping the Northern Marianas recover from Super Typhoon Yutu, the strongest storm ever to strike the Pacific islands.

The crew of the Ashland — an amphibious dock landing ship based in Sasebo, Japan — pitched in alongside local authorities, the Federal Emergency Management Agency, the Guam Air and Army National Guards and other service branches to provide storm clean-up, drinking water and temporary shelter for locals, a recent Navy statement said.

The Ashland arrived in the Commonwealth of the Northern Mariana Islands — a U.S. territory — on Nov. 3, nine days after Yutu passed directly over Tinian, leaving hundreds of destroyed homes in its wake.

Tinian and Saipan took the brunt of the storm, leaving about 2,000 residents without power or running water.

“I can only hope that our efforts and the continued efforts of all other branches of service can bring a sense of ease to the citizens of Saipan and Tinian during this time of hardship,” the Ashland’s commanding officer, Cmdr. Patrick German, said in the statement.

The Ashland’s sailors and Marines, who departed the islands on Nov. 20, were among more than 800 servicemembers across all military branches working on relief efforts in the aftermath of Yutu, according to the Navy statement.

Nearly 160 sailors, Marines and Guam Army National Guard soldiers cleared more than 150 miles of debris along commonwealth roads and distributed more than 300,000 gallons of drinking water, the statement said. About 400 tents were erected to serve as temporary housing in Saipan and Tinian.

Yutu, the equivalent of a Category-5 hurricane, packed winds of up to 180 mph. It was the strongest storm to hit a U.S. territory this year and the strongest ever to strike the Northern Marianas when it made landfall Oct. 25, according to the National Oceanic and Atmospheric Administration.

In early September, the Ashland joined in relief efforts in the aftermath of Typhoon Mangkhut, which also struck the Northern Marianas. The Ashland served as a refueling station for Helicopter Sea Combat Squadron 25.