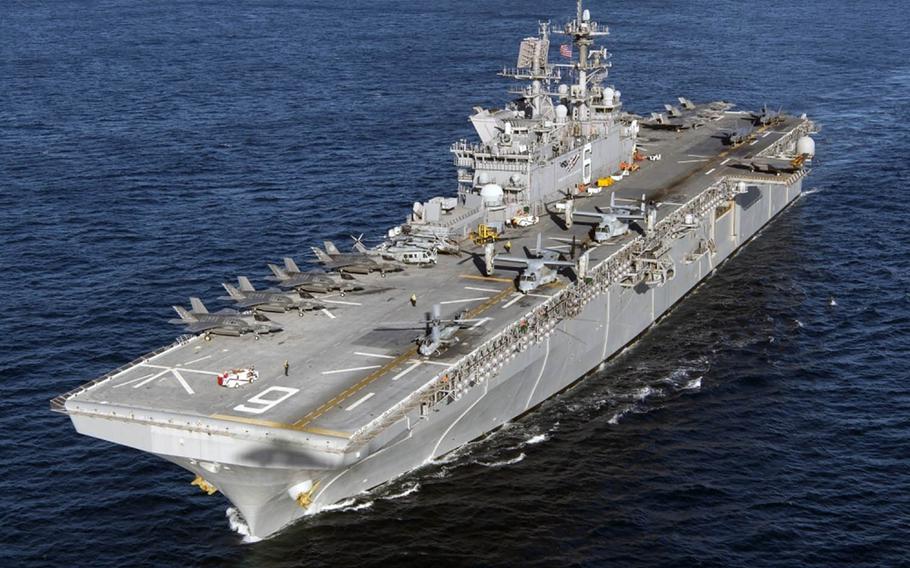 The USS America amphibious assault ship is capable of hosting a multitude of aircraft used by a Marine expeditionary unit. (U.S. Navy)

The USS America amphibious assault ship is capable of hosting a multitude of aircraft used by a Marine expeditionary unit. (U.S. Navy) 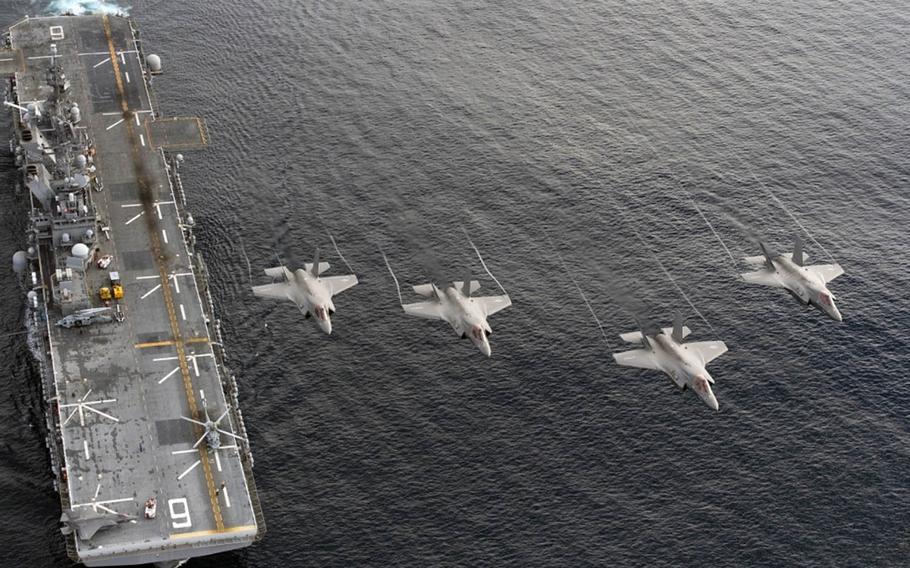 MARINE CORPS AIR STATION IWAKUNI, Japan — The Navy’s newest flat-deck amphibious assault ship will replace the USS Wasp as the flagship for Task Force 76 at Sasebo Naval Base, Japan, according to a recent report by the U.S. Naval Institute.

The USS America will arrive in Sasebo around May, according to a report by the Military Times.

The Wasp, an 844-foot flat-deck amphibious assault ship, which came to Japan in January 2018 to replace the USS Bonhomme Richard, is slated to return to Norfolk at an unspecified date for scheduled maintenance.

Like the Wasp, the America can host the Marine Corps’ F-35B Lightning II stealth fighter, which is capable of short take offs and vertical landings.

Commissioned in 2014, the America has no well deck from which to launch hovercraft that Marines use to get from ship to shore. Instead, the America has an area dedicated to the multitude of aircraft used by a Marine expeditionary unit. These include the F-35B, tilt-rotor CV-22 Osprey, CH-53K King Stallion heavy transport helicopter, and the Navy’s MH-60S Seahawk used for air-sea rescue.

The America is the first of the America-class amphibious assault ships. The second, the USS Tripoli, is scheduled to be commissioned in the fall.