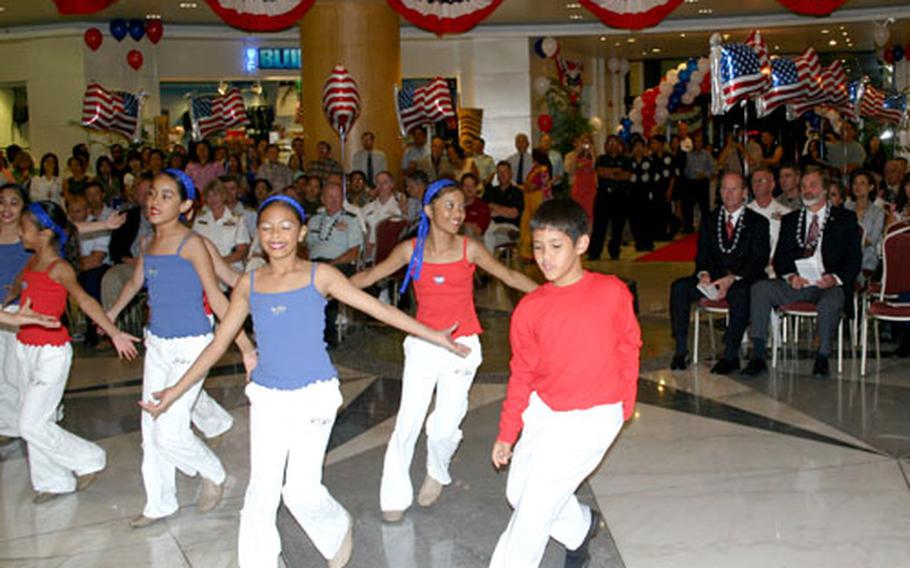 In another sure sign the military on Guam is growing and destined to become larger, the United Service Organizations on Thursday opened its newest location in the heart of the Pacific island&#8217;s Tumon tourist district.

The facility is the USO&#8217;s 127th worldwide and occupies 5,000 square feet on the ground floor of the Royal Orchid Hotel on the cliff side of Pale San Vitores Road, about halfway between Andersen Air Force Base and Naval Base Guam.

A previous USO on Guam closed in December 1993 during the post-Cold War drawdown. In recent years, however, the Air Force and Navy have been increasing their presence on the island. Under a plan to realign U.S. forces in Japan, some 7,000 Marines are to be moved off Okinawa and onto Guam over the next several years.

Anticipating the buildup, members of Guam&#8217;s business community began lobbying USO headquarters for the new location a few years ago.

&#8220;The USO came out, evaluated it, worked with the local community for about two years and decided there was definitely a demand and there was the support here to have it happen,&#8221; said Leigh Graham, Guam USO director.

The Royal Orchid owners didn&#8217;t have to think twice about allocating the space.

The space in the Royal Orchid is being supplied rent-free for at least three years, with a cash value of about $15,000 per month, Su said.

The facility offers free computer and Internet use, a large-screen projection for DVD and VHS, a variety of free movies and books, a &#8220;phone home&#8221; program, complimentary coffee and refreshments, information about recreation in Tumon, and discount coupons from supporting community businesses.

Capt. Janice Wynn, chief of staff for the Commander of Naval Forces Marianas, said MWR bus routes were changed so sailors can get to and from the USO.

The effort was spearheaded by Lee Webber, a Vietnam War Navy veteran, member of the Guam Chamber of Commerce Armed Forces Committee and publisher of the Pacific Daily News.

&#8220;The USO is one of those organizations that is always there for the troops, and the troops are increasing in number here in Guam,&#8221; said Keith Weaver, the USO&#8217;s vice president for operations worldwide.