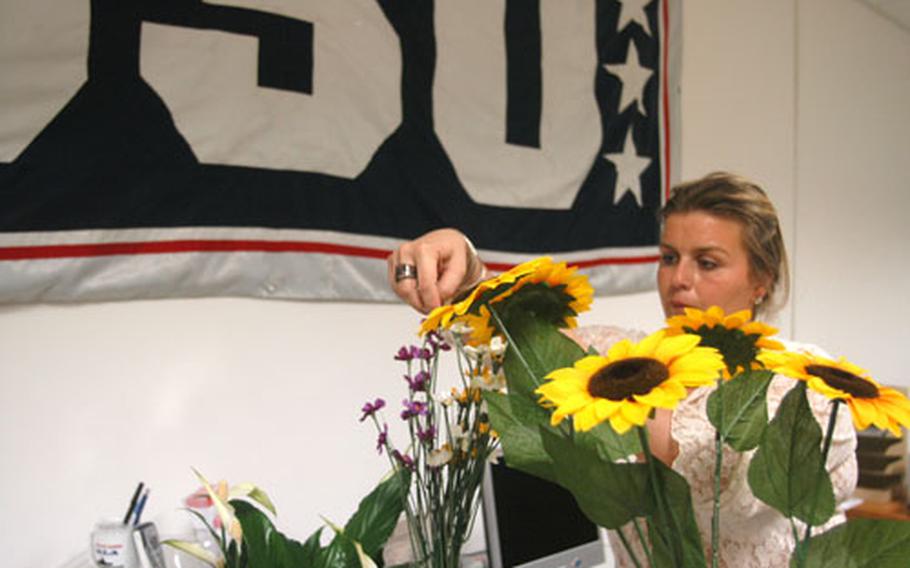 NAPLES, Italy &#8212; On-base residents no longer need to fight traffic to get help with travel arrangements.

The United Service Organizations office has moved from the shopping compound at Agnano to the Gricignano support site.

The new office, next to the library, will have a grand opening from 10 a.m. to 2 p.m. Saturday with a free barbecue and door prizes.

The non-profit organization books travel arrangements including tours, transportation and accommodation for NATO and Defense Department ID cardholders. Keeler said the new office can better reach customers and will set up tables outside near the church on Sundays.

There also are branches at the Capodichino air terminal and in Rome near the Vatican.

The USO has been in the Naples community since 1941. It first opened in downtown Naples in Calata San Marco to sailors based here and on port calls. In April 1988, terrorists attacked the downtown USO with a car bomb.

It destroyed the center and killed five people, including the first female sailor to die in a terrorist attack, Keeler said.

The Gricignano office, one-third the size of the Agnano space, is temporary until it can move into the massive retail complex that is under construction at the support site. The complex, which includes a Navy Exchange and commissary, is slated to open in summer 2005, said Lt. Cmdr. Lisa Braun, Naples base spokeswoman.

Other Gricignano openings include the veterinary clinic in July, fitness center in the fall, phased housing project from early 2005 to summer 2006 and bowling center in winter 2005-06.