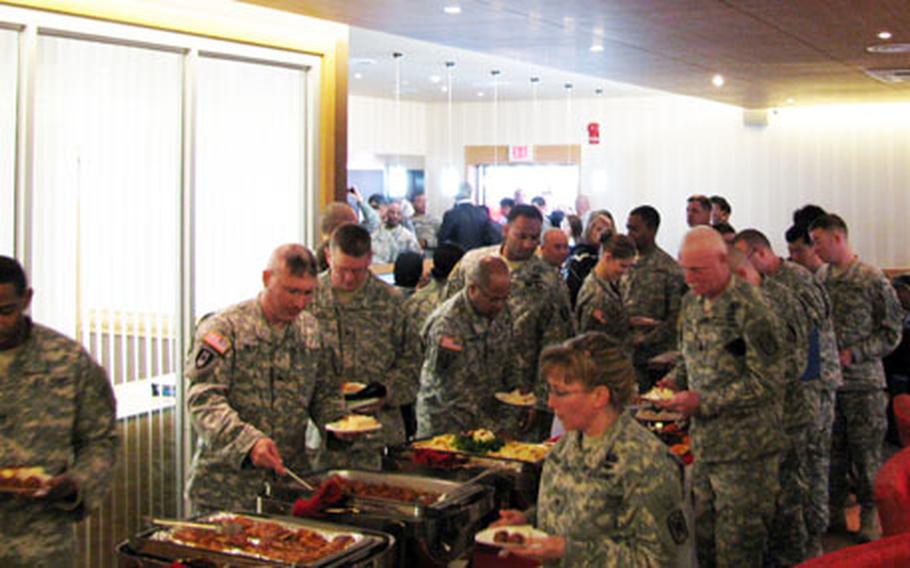 "This is the first time there has actually been a USO in the area," said USO Daegu center manager Yolanda Johnson.

It occupies a 5,000-square-foot space that was remodeled over the past few months, Johnson said.

"This is a complete overhaul," she said. "There&#8217;s nothing of the old building that remains inside."

The center will serve not only Camp Walker but camps Henry and George in Daegu; Camp Carroll in Waegwan; Chinhae Naval Base; the Marines and sailors at Camp Mu Juk in Pohang; U.S. airmen at Kwangju Air Base; and U.S. military facilities in Busan.

And there&#8217;s a lounge area with a 60-inch plasma TV and nine reclining sofas, and a snack bar.

Machines that make hot dogs and popcorn are on order.

The USO Daegu will also offer various community relations programs, including one that will bring students and instructors from local communities to Camp Walker for visits with American students. Another program, the Virtues Development Program, will give U.S. servicemembers the chance to mentor Korean grade-school students.

Center hours are 9 a.m. to 7 p.m. Monday through Friday. Johnson hopes to eventually be open Saturdays, too.