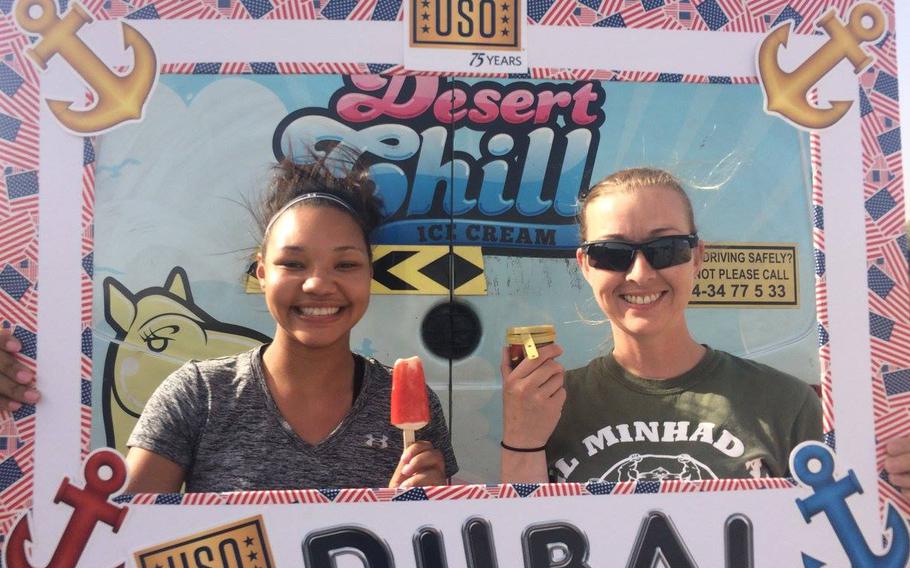 The USO provides an ice cream truck for servicemembers to cool off in the hot desert atmosphere in Dubai. (Courtesy of USO Dubai)

The USO provides an ice cream truck for servicemembers to cool off in the hot desert atmosphere in Dubai. (Courtesy of USO Dubai) 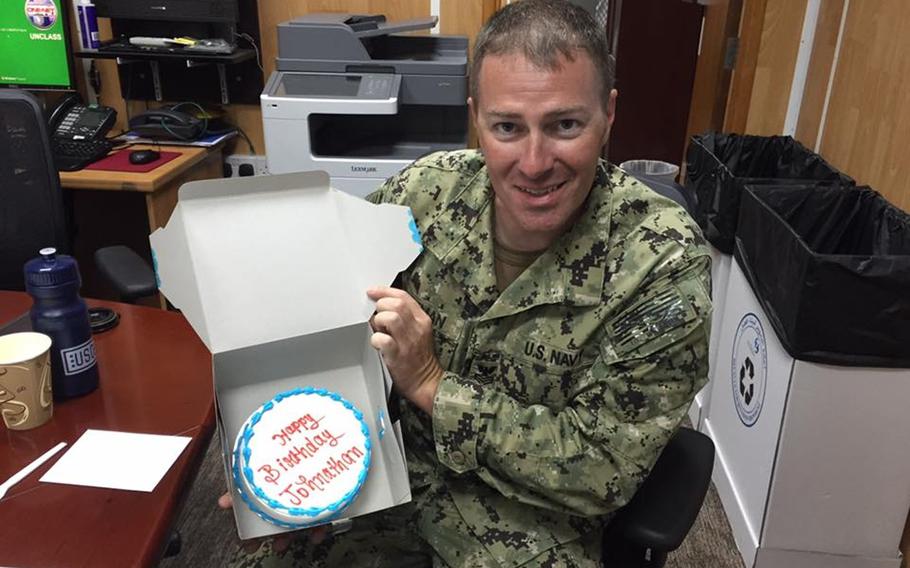 USO Dubai created an Operation Birthday Cake Program, which allows for loved ones to reach out to the USO and order a cake for their deployed servicemembers. The USO will then purchase the cake and deliver it for free. (Courtesy of USO Dubai)

MANAMA, Bahrain — USO Dubai has been selected as the top United Service Organizations center in the world for 2015.

The award was presented during the fourth annual TellUSO Awards ceremony — which honors USO centers for their commitment and dedication to America’s servicemembers and military families — in Orlando, Fla.

The results are based on the 2015 survey that polled thousands of servicemembers and military families about the USO’s performance, according to an organization press release. USO Dubai received the highest overall scores in satisfaction, value, staff helpfulness and friendliness, said Penn Walker, USO Dubai center director.

“We like to think that we take an exceptional approach with attention to detail on many matters and specifically providing good customer service to everyone we engage, and we are always listening and seeking constructive feedback to build upon and improve our standards of service,” Walker said in an email.

Walker said more than 250,000 servicemembers took advantage of USO Dubai services in 2015. Most of those servicemembers are deployed to the Middle East, many enjoying a few days off for liberty.

USO Dubai provides a variety of services in the United Arab Emirates including assisting with hotel accommodations, food offerings, music and entertainment, as well as a variety of tours and excursions, such as sand boarding and camel rides.

The small things are what seem to mean the most to servicemembers in the Middle East, Walker said. Things such as broadcasting the Super Bowl to creating a program where loved ones at home can order a cake for their deployed family members.