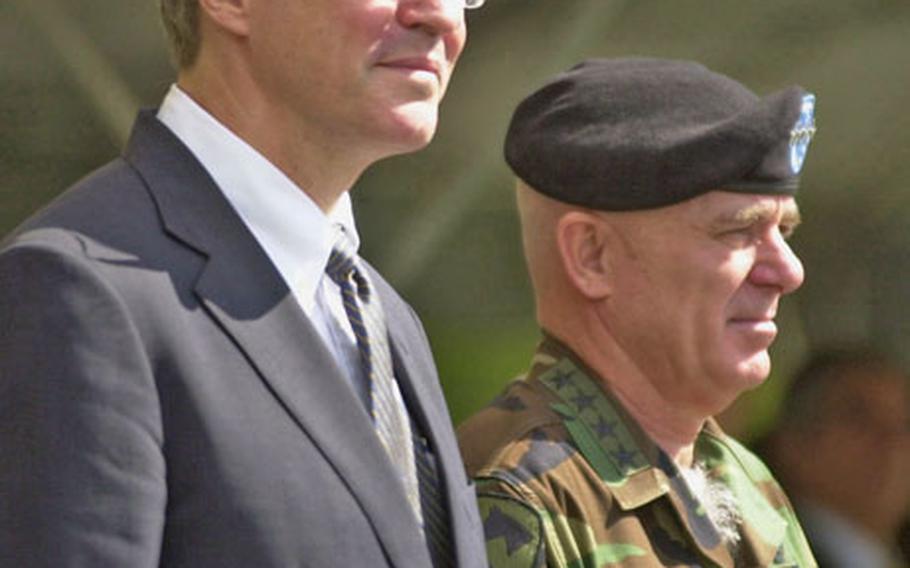 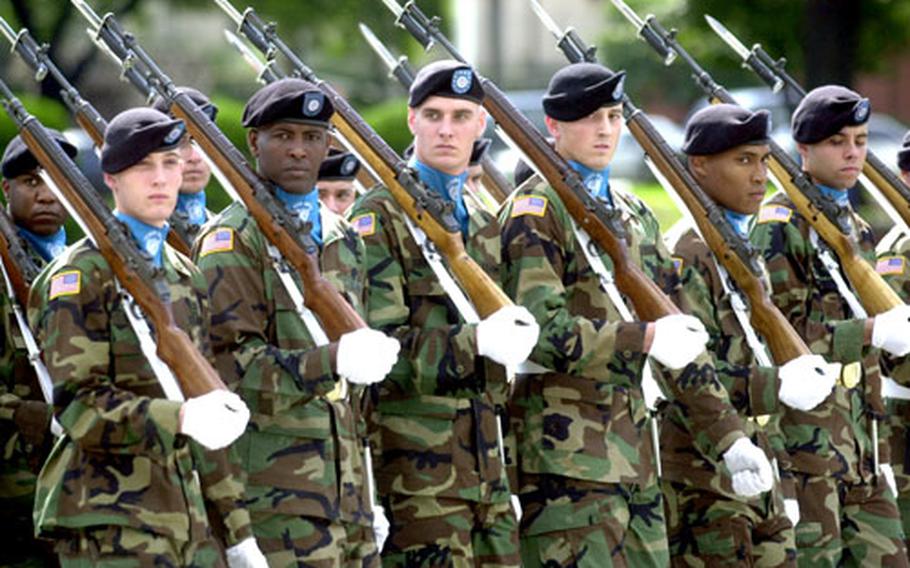 Promising to complete a &#8220;mission of change at a moment of challenge,&#8221; Hill said he was humbled by the history of the U.S.-South Korea alliance, acknowledging he assumes the diplomatic lead at a crucial time.

North Korea&#8217;s nuclear ambitions and the U.S. military&#8217;s plans for transforming its presence in South Korea top the agenda, Hill said. He said his priorities include finding a peaceful solution to the North Korea crisis; strengthening regional relationships and moving forward with South Korea to meet global challenges &#8212; such as the U.S. request for 3,500 South Korean combat troops in Iraq.

&#8220;This alliance has been tested and tempered and is today undergoing transformational changes that will strengthen it for the future,&#8221; Hill said.

LaPorte hailed the ambassador as an &#8220;extraordinary representative, a seasoned diplomat and a skilled envoy.&#8221;

And looking to a hypothetical day in the future, Hill said he hoped to sit with LaPorte in their shared home state of Rhode Island, sipping cold lemonade and reminiscing about their time together in South Korea.