USFK to head off culture shock with orientation training 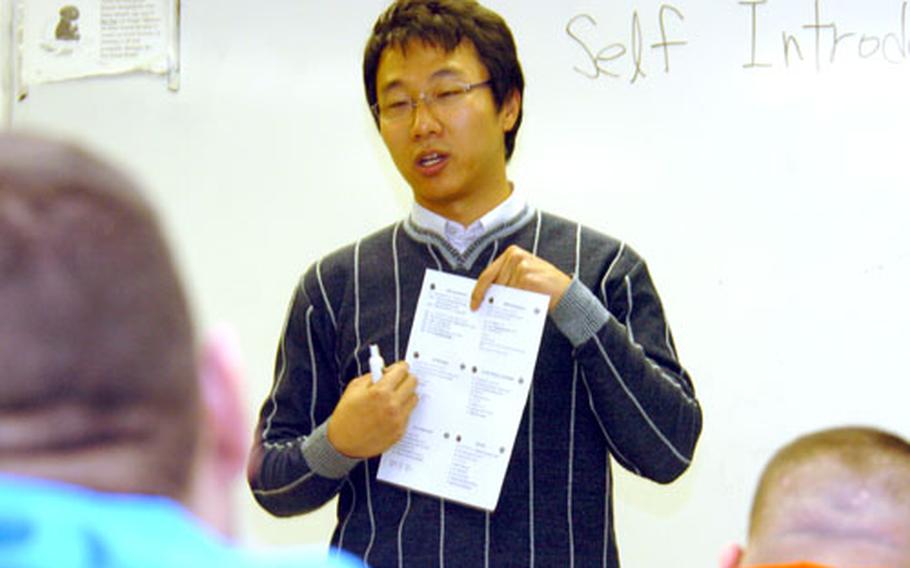 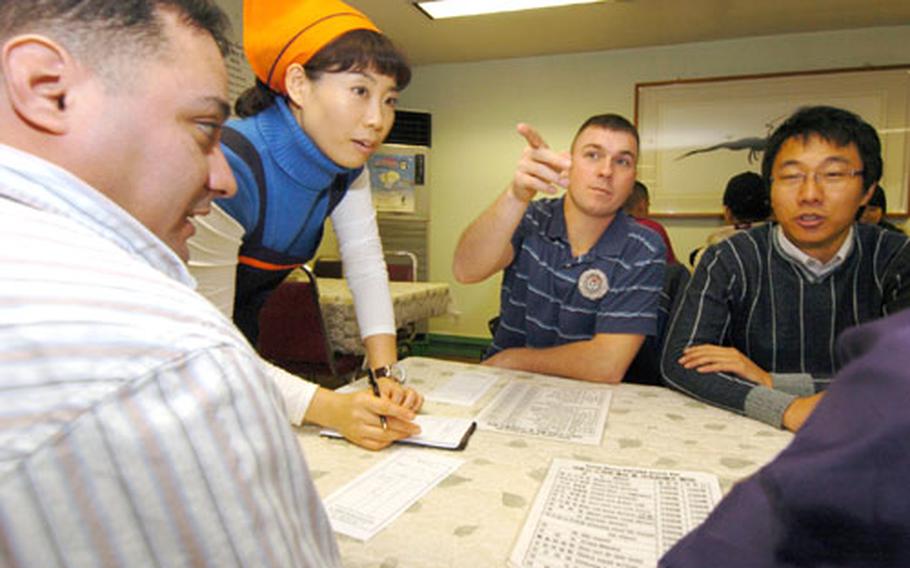 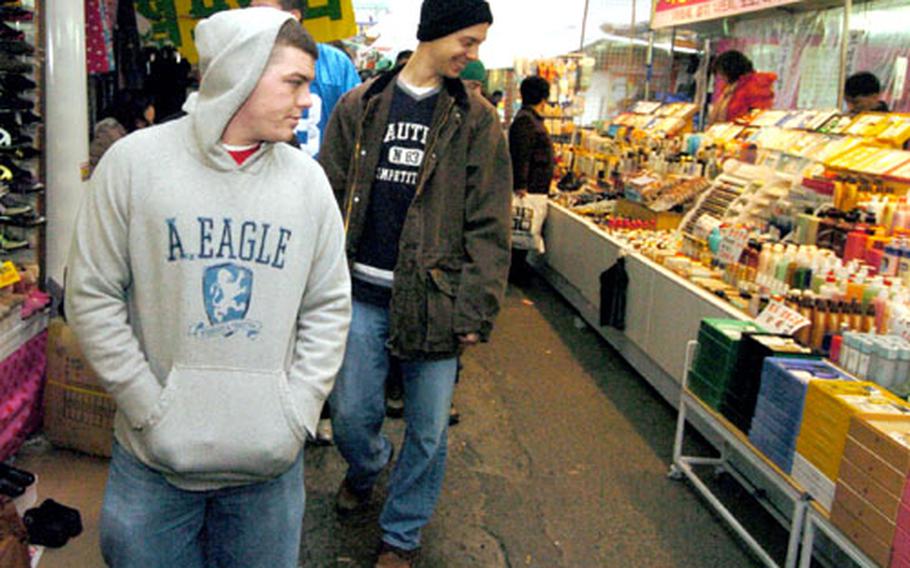 Soldiers walk through an open market last month during an orientation program at Camp Henry. (Christopher B. Stoltz / S&S)

SEOUL &#8212; Thousands of husbands, wives, sons, daughters &#8212; even pets &#8212; pack up their belongings each year to follow their active-duty troops to overseas assignments in the Pacific.

For many, it&#8217;s a first trip out of the United States and a first up-close look at how the military works.

Leaving friends, extended family, jobs and familiar schools far behind can be tough enough. Add a new culture, language and rules that define everything from where you can work to how much beer you can buy in a month and you&#8217;ve got the recipe for some serious jitters.

To help allay those fears and prevent problems before they arise, the military uses a variety of welcome-aboard programs to help ease the transition.

But one command &#8212; U.S. Forces Korea &#8212; is getting ready to take it a step further. Early this year, USFK will mandate that incoming family members attend orientation training as they arrive on the peninsula, something other commands have done successfully on a smaller scale at various Pacific bases.

The issue came to light early in 2006 as USFK commander Gen. B.B. Bell began making community visits after assuming command of all the troops &#8212; soldiers, sailors, airmen and Marines &#8212; on the peninsula.

What he discovered was that the military offered solid programs for welcoming unaccompanied troops on one-year-tours. What was missing, however, was consistency in what family members were offered upon arrival.

Bell told Stars and Stripes during a June interview at Camp Humphreys that he wanted mandatory family attendance in aggressive educational programs.

He tasked his staff with revising the process, and senior staff officials said in late December that USFK Regulation 614-2 had been rewritten and staffed through component commanders and legal officials and was awaiting final signature. They predicted the revised policy would go into effect in early January.

The regulation spells out topics that must be covered, he said.

There are area-specific rules and regulations that the spouses should know, he said, so commanders are given leeway to tailor their programs to their specific needs.

Vlahos said his staff looked at existing programs when rewriting the regulation. They went to the area commanders and asked, &#8220;What are you currently teaching?&#8221;

He said they found a lot of good information and used much of it to help revise the regulation.

&#8220;Our job is to level the playing field, establish a baseline, so each area does get the same amount of the key pieces of information,&#8221; he said.

What are they teaching?

When Area IV officials dropped their welcome-aboard program because of budget concerns last spring, the 19th Sustainment Command (Expeditionary) decided to create its own program. It came up with a 2 &#189;-day orientation class that&#8217;s mandatory for all military and civilian workers at the 19th ESC, said spokesman Capt. Seukhwan Son. Family members are encouraged to attend, Son said, and the class also is open to members of other military units in Area IV.

Son hosts the class once a month with the help of a Korean Augmentee to the U.S. Army and a few interns from Kyeongbuk National University, which makes for a very cost-effective program.

Son said they want to give incoming personnel &#8220;the minimum they&#8217;ll require to venture out into the community and be a good neighbor.&#8221;

Attendees are introduced to culture &#8212; everything from use of the metric system to the local currency and Korean history. They&#8217;re also given language lessons and work through several scenarios including a self-introduction, eating at a restaurant, taking a taxi and dealing with a vehicle accident. They tour a local hospital and the bustling Seomun market. And on the last day, they use public transportation to visit Daegu&#8217;s downtown entertainment district.

Spc. Ryan Shoffner was one of 14 soldiers who attended the December class. The 22-year-old is on his first tour to South Korea and said he appreciated the mandatory training.

Vlahos stressed that in-processing should begin before a family arrives at Incheon International Airport.

In-country sponsors who are assigned to work with incoming personnel urge visits to the USFK Web site, which provides everything from mandatory computer-based training to details on family housing.