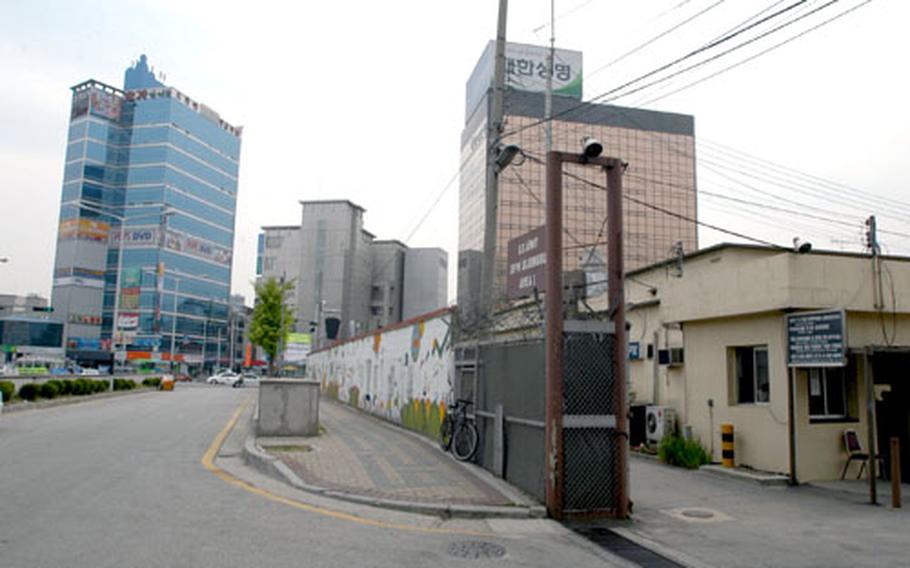 Most of the 413 personnel at the base are South Korean DPW employees but the camp, he said, also houses 80 Korean Service Corps workers; 10 U.S. government civilian employees; staff from the Army and Air Force Exchange Service Area I headquarters and soldiers from Company A, 524th Military Intelligence Battalion.

DPW&#8217;s Camp Falling Water branch is responsible for 1,212 buildings on 1,960 acres on 12 bases, Harris said. It&#8217;s also in charge of roads, electricity, sewage, firefighting and environmental protection on the bases, he said.

&#8220;We are kind of like a city public works department,&#8221; said Harris, whose office is filled with hard hats, documents detailing Area I facilities and artists&#8217; impressions of new buildings.

&#8220;We have to maintain a lot of flexibility. Normally we would just deal with repairing buildings and facilities but now we have to deal with providing the right type of building for the organization that is moving in.&#8221;

Most of these facilities will be relocated to Camp Stanley, Harris said.

&#8220;A lot of [Army] units are moving to Camp Stanley, so we have made an effort to make sure the units come first as far as repairing their buildings and giving them space,&#8221; he said.

An advantage of Camp Falling Water for DPW, he said, is its central Uijongbu City location: &#8220;We serve all these installations and &#8230; all the camps surround us and we can respond to them quickly.&#8221;

Camp Falling Water is one of eight bases U.S. Forces Korea announced it will close this year. Camps Page and McNab closed in March and LaGuardia closed in May. The others are camps Hialeah, Sears and Nimble and the U.N. Command Compound.