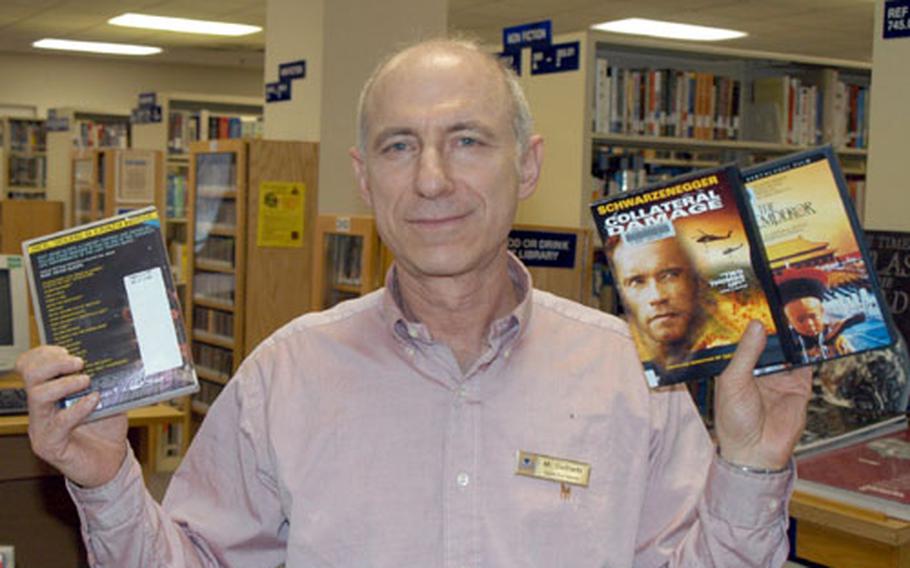 Camp Red Cloud library director Denial Sadowitz with some of the DVDs that now will be loaned from libraries at South Korean bases. (Seth Robson / S&S)

The entire Korean-language cassette library at Camp Red Cloud was wiped by the system, Dr. Kim Im-soon, Korea Regional Office acting command librarian, said Thursday. The system uses a magnetic field to sensitize materials at the library before they pass through a door scanner. Kim said the tapes would be replaced with more compact discs. She said libraries all over South Korea are replacing tapes with CDs, which are unaffected by the security system.

The trend also is being seen with entertainment items, officials said. More patrons are looking for CDs instead of cassettes, so ordering priorities will shift for those products as well.

USFK&#8217;s 23 libraries are good places to get Korean language-materials or other study aids &#8212; and everything is free, said Kim.