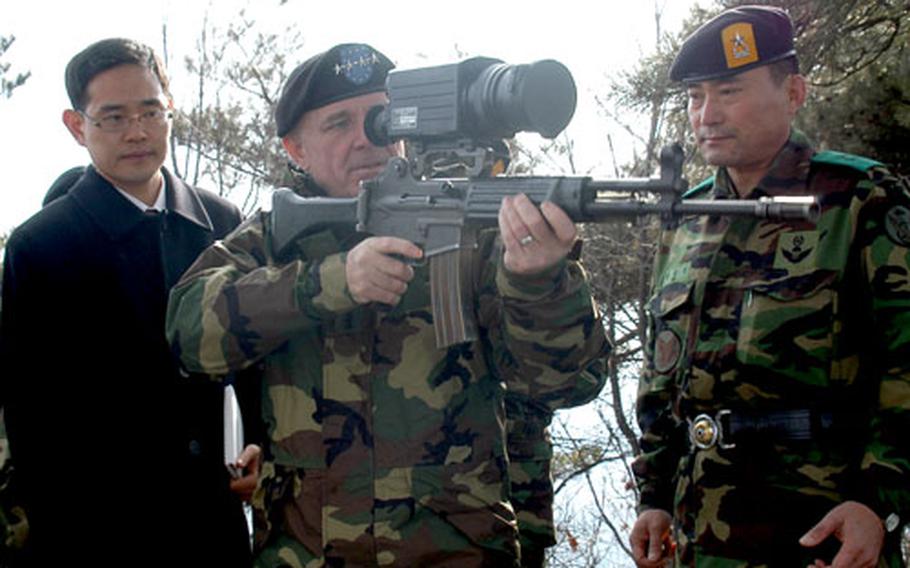 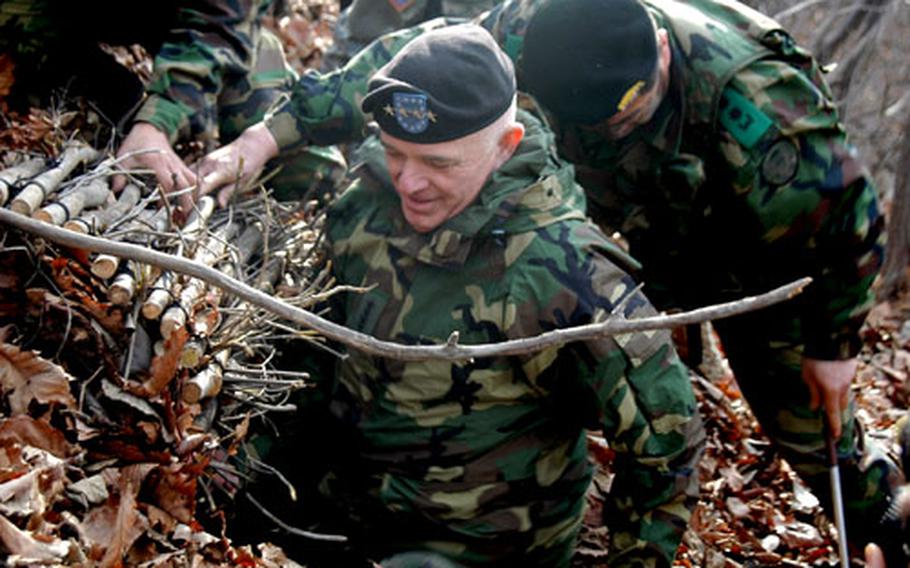 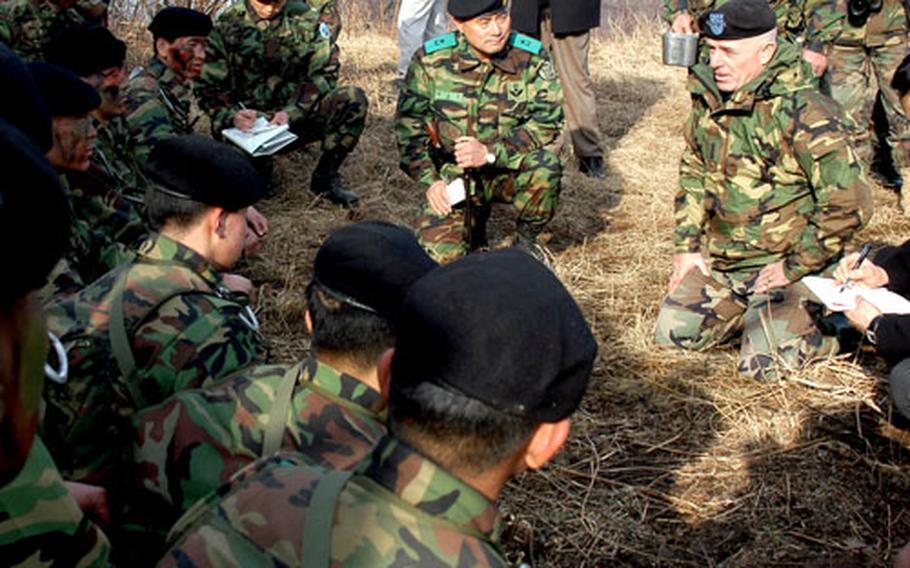 LaPorte, who will be leaving South Korea in less than two weeks and retiring after almost 38 years in the Army, visited a unit from the Combined Unconventional Warfare Task Force on a mountain near Songnam, south of Seoul. This unit is under the Combined Forces Command, which the four-star general also commands.

On Friday afternoon, LaPorte inspected weaponry, Meals, Ready to Eat, radios and bunkers used by the South Korean soldiers. He also took a short tour of the training facility and at one point crawled into a command bunker meant to house four to five soldiers for days at a time.

The South Korean soldiers have been conducting training rotations in the field since before December. One rotation took them on a 250-mile march. During the training, the soldiers carry packs weighing up to 88 pounds. They can travel at about 1.86 to 2.1 mph, one South Korean commander said.

The soldiers he met Friday were on the fourth day of a nine-day training mission on mountainous operations.

&#8220;I&#8217;m very pleased with what I see here today,&#8221; LaPorte told the South Korean soldiers later in the day, as he kneeled on the ground to answer their questions.

One soldier asked whether LaPorte thought the South Korean special ops was equal to its U.S. counterpart.

LaPorte admitted the U.S. forces had use of more up-to-date technology but said that the United States and South Korea were working to enhance the South Korean equipment. &#8220;But in terms of training and stamina, you are equal,&#8221; the general said.

He also praised them for their training with the Air Force so that, in the event of war, the special operations troops will be able to help pilots pinpoint exact targets on the ground.

Another soldier asked what LaPorte found as the most impressive military site in South Korea during his four years on the peninsula.

LaPorte said instead of a place, he would remember an attitude.