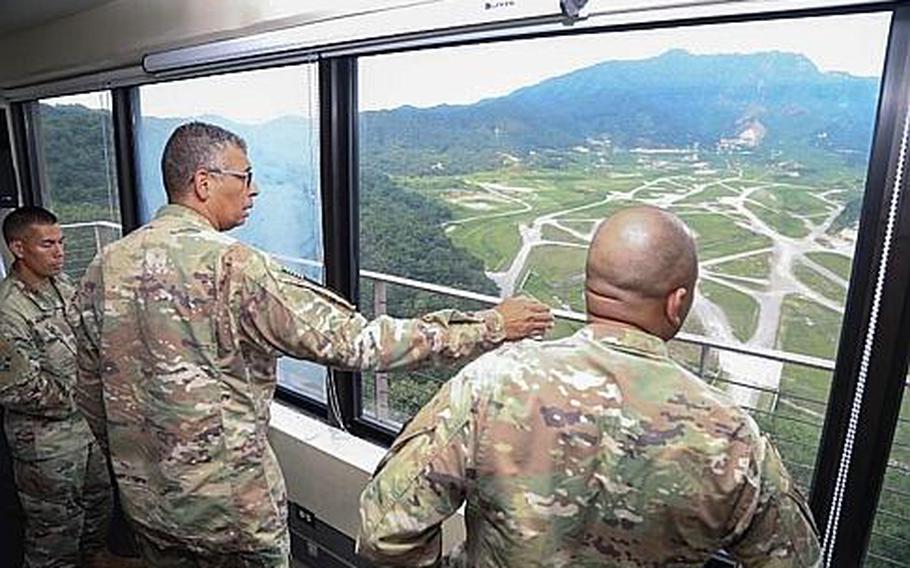 OSAN AIR BASE, South Korea — The U.S. military certified $12 million worth of safety improvements at the Rodriquez Live Fire Range near the border with North Korea after a series of recent stray round incidents sparked outrage in the local community.

U.S. Forces Korea commander Gen. Vincent Brooks toured the site Wednesday to inspect a series of improvements made in the past five months, including modifications to the bunkers surrounding the ranges, a USFK statement said Thursday.

The 3,390-acre training complex outside the city of Pocheon is one of the few places that U.S. forces can conduct live-fire training in South Korea. That has made it a source of contention with locals, who regularly find errant munitions in their villages.

“It is much safer now for the troops and especially for the citizens in the surrounding area of Pocheon,” Brooks said in the statement.

Pocheon city hall statistics show the number of incidents has declined in recent years. But then-Eighth Army commander Lt. Gen. Thomas Vandal pledged a new series of safety measures during a townhall meeting near the range in December after a series of stray round sparked a new round of protests.

Those included bringing in experts from the U.S. Army Armament Research, Development and Engineering Center to computer model potential faults at the range and minimize the number of future stray rounds.

While the bulk of the 28,500 U.S. Forces stationed on the peninsula has moved to bases south of Seoul, the military considers Rodriguez essential and has no plans to close the complex.