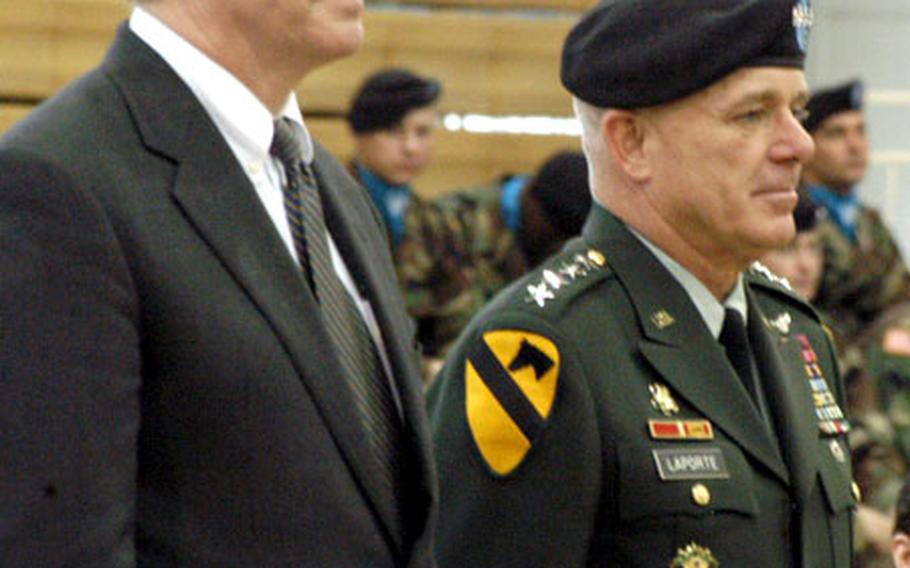 Hill, who became the U.S. ambassador here at the end of last summer, has been promoted to assistant secretary of state in charge of East Asia and the Pacific. A U.S. Embassy spokesman said Wednesday it was unclear exactly when Hill would return to Washington.

Hill leaves South Korea at a crucial time. During his tenure, the United States and its allies failed to bring North Korea back to negotiations in six-party talks about its nuclear ambitions. The communist country declared it had nuclear weapons on Feb. 10. Soon after, the Bush administration named Hill the top U.S. diplomat to participate in the talks.

Then, in March, the Pyongyang regime admitted it had culled up to 300,000 chickens in an attempt to control an avian influenza outbreak.

This week, the U.S. State Department offered help to the famine-ridden country, through the World Health Organization and other humanitarian groups. The United States has sent North Korea three test kits that can show what influenza viruses are causing outbreaks among poultry or humans, according to State Department spokesman Richard Boucher.

On Wednesday, both Hill and USFK commander Gen. Leon LaPorte steered clear of more serious issues, talking instead about their friendship, their work together during the last several months and their love for their home state of Rhode Island and the Red Sox.

Calling Hill &#8220;an outstanding diplomat,&#8221; LaPorte commended him on making more than 50 speeches throughout the country, visiting with troops on a regular basis and starting an Internet caf&#233; for American and Korean people.

The general also referred to the Rhode Island flag amid the other state banners that line the gymnasium walls. He pointed out that the flag boasts a single word: Hope.

Hill echoed not only LaPorte&#8217;s thanks and gratitude, but also his pride in the Red Sox&#8217;s World Series victory last year. Hill said he is even more proud of the team of U.S. and Korean soldiers and leaders he&#8217;s seen working together in South Korea.