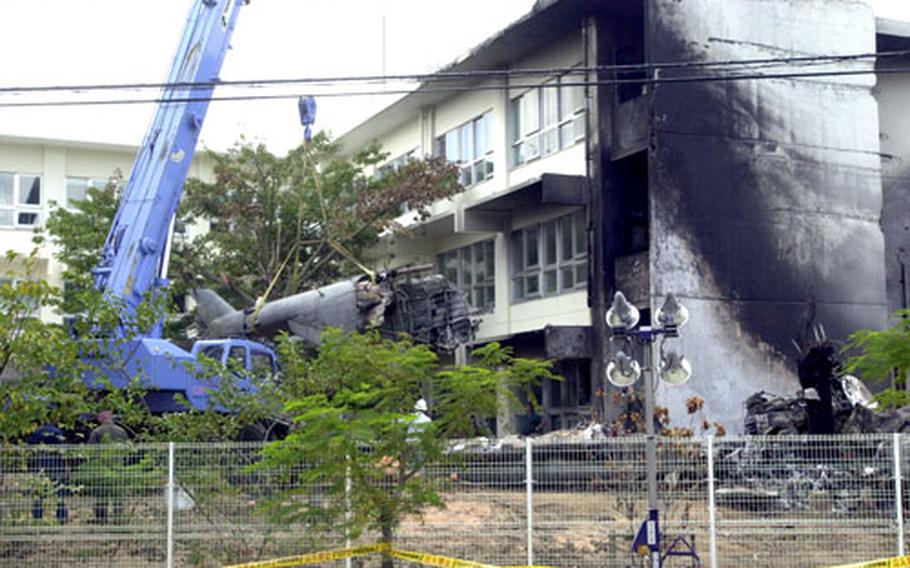 &#8220;The guidelines reflect the conclusion of consultations that the [two governments] have had since last September regarding joint control at accident sites,&#8221; U.S. Forces Japan announced in a news release.

A revision of the guidelines was called for by Okinawa officials after a Marine CH-53D Sea Stallion helicopter crashed on the Okinawa International University campus on Aug. 13. Okinawa officials protested that local police and firefighters were kept at a distance from the crash scene and were not allowed to join on-site investigations.

The failure of a maintenance crew to properly install a cotter pin was blamed for the incident. Three crewmembers were injured and the school&#8217;s administration building was badly damaged.

No civilians were injured. However, parts that fell from the damaged helicopter damaged property in the nearby urban neighborhood.

&#8220;It is expected that the guidelines will facilitate prompt and effective implementation of the policies and procedures applicable when U.S. military aircraft crash or are forced to land in Japan outside U.S. facilities or areas,&#8221; USFJ stated.

0nificant step in improving the implementation of the Status of Forces Agreement.&#8221;

Four main points are covered by the guidelines, according to U.S. Forces Japan. They are: