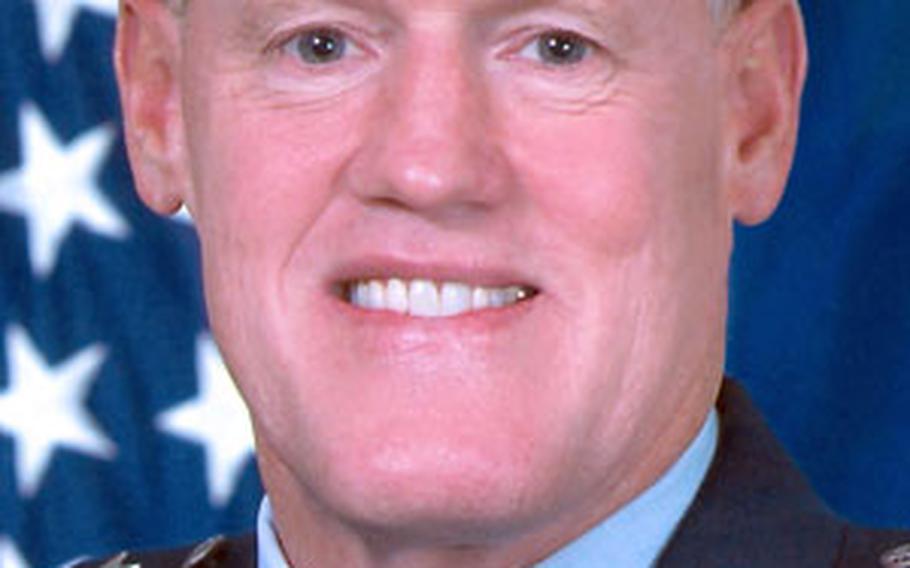 TOKYO &#8212; Servicemembers and families should be patient as the military faces recurring base services cuts that have surfaced due to costs of war on terrorism, the commander of U.S. Forces Japan and 5th Air Force said Tuesday.

However, further adjustments may be necessary to service contracts and routine maintenance tasks, he told Stars and Stripes in a wide-ranging interview.

&#8220;Hang in there. Stay very close to your chain of command for information associated with funding support,&#8221; he said.

Wright said the U.S. remains committed to the transformation of its forces in Japan to &#8220;help ensure an enduring presence&#8221; and regional peace and stability.

The two nations have mapped out numerous realignment goals and benchmarks aimed at fortifying their security pact while shifting the U.S. military away from heavily populated areas in Japan and Okinawa, he said.

On the mainland, transfer of the Navy&#8217;s Carrier Air Wing 5 from Naval Air Facility Atsugi to Marine Corps Air Station Iwakuni also is slated to take place by 2014.

And Yokota Air Base is set to become the new home of the Japan Air Self-Defense Command.

The command&#8217;s pre-eminent headquarters is to arrive from Fuchu Air Base in 2010.

While specifics are being planned, Wright said Yokota residents will see considerable changes to daily life as hundreds of Japanese airmen and their families share the installation.

Such an arrangement occurs now at Atsugi and at Misawa Air Base in northern Japan.

Overhaul of the Army&#8217;s command structure at Camp Zama should happen by next year.

That includes bringing I Corps in from Fort Lewis, Wash., although Wright said there&#8217;s no timeline yet.

Also by 2008, the nuclear-powered USS George Washington is to replace the USS Kitty Hawk at Yokosuka Naval Base.

Wright said the U.S. and Japan also are redefining roles, missions and capabilities.

Objectives include improving exercises and training sessions with Japan, developing more comprehensive plans for dealing with regional emergencies, and the acquisition and fielding of compatible weapons systems.

Coincidentally, Japan now is in the process of replacing its F-4 aircraft.

Both are part of an effort to counter a missile threat posed by North Korea.

But would Japan act on behalf of the United States to intercept a North Korean missile aimed at U.S. territory?

USFJ spokeswoman Col. Anne Morris suggested much of that rests on the shoulders of Prime Minister Shinzo Abe&#8217;s government.

She also pointed to comments made by U.S. Ambassador to Japan Thomas Schieffer, who has said it might &#8220;strain relationships&#8221; if Japan failed to act under such a scenario.