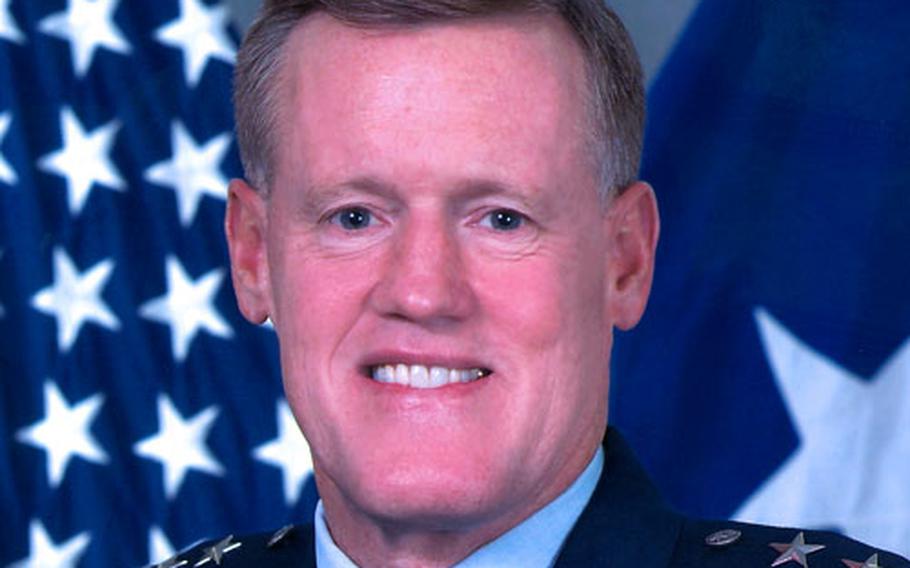 Wright also discussed the changing political landscape in the United States and Japan during a luncheon with media members, saying it won&#8217;t have any effect on the security pact shared by the two countries.

The U.S.-Japan military realignment report released in May contains several lofty goals: Marine Corps Air Station Futenma&#8217;s move to Camp Schwab by 2014; transfer of the Navy&#8217;s Carrier Air Wing 5 from Naval Air Facility Atsugi to Marine Corps Air Station Iwakuni by 2014; shift of the Japan Air Self-Defense Command to Yokota in 2010; and overhaul of the Army&#8217;s command structure at Camp Zama &#8212; to include bringing I Corps in from Fort Lewis, Wash. &#8212; by 2008 and moving the Japan Ground Self-Defense Force&#8217;s Central Readiness Force headquarters there by 2012.

Japan also is contributing $20 billion for the relocation of 8,000 Marines and their dependents from Okinawa to Guam by 2014.

Wright said he believes each measure can be accomplished on schedule.

Strong Japanese public opinion toward America and the U.S. military presence here should aid the process, he said.

A U.S. Embassy poll taken in May and June showed 80 percent of the 1,012 adults surveyed across Japan favor the U.S. alliance &#8212; the fourth consecutive year that opinion increased. Seventy-three percent also believe the U.S. military presence in East Asia is important while 67 percent believe U.S. bases in Japan are important.

Without revealing specifics, he said there was substantial &#8220;fallout money&#8221; in this fiscal year&#8217;s budget for quality-of-life enhancements. He also praised the Japanese government for sharing the costs of maintaining American troops and bases here.

In 2004, Japan paid $4.4 billion in host-nation support and it renewed a pledge last January to provide $1.2 billion in direct funding for each of the next two years.

With the holidays approaching, Wright also offered gratitude to servicemembers in Japan and Okinawa for their support and dedication to the mission in 2006.