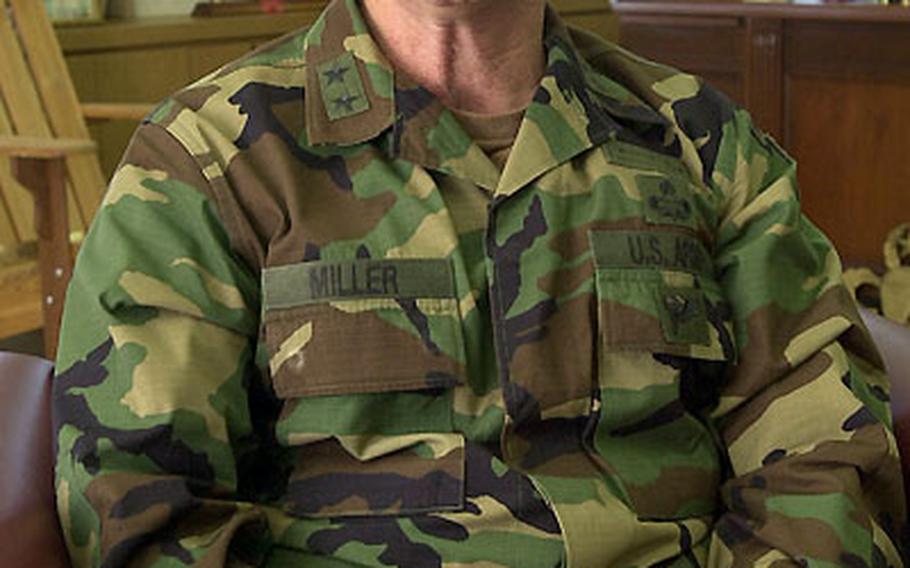 CAMP ZAMA, Japan &#8212; Change is a natural part of developing and maintaining a ready force, according to the general responsible for the U.S. Army in Japan.

Maj. Gen. Thomas Miller assumed command of Army troops in Japan and Okinawa in August. In his first interview with Stars and Stripes, he said he&#8217;s already made some sweeping changes in how the five-year rule, which limits some employees&#8217; overseas employment, is administered locally. He&#8217;s also revising the base visitation policy.

&#8220;In the past, to me, it was somewhat very decentralized. A supervisor could make a decision on a five-year rule on one of his employees. To me, that&#8217;s just not right.

Miller created a board made up of military and civilian personnel, headed by Col. Joseph Manning, USARJ deputy commander, to make recommendations on five-year rule waiver requests. Miller then makes the final decision.

He said his decisions would combine personal issues &#8212; such as a child completing school &#8212; with operational ones, such as completing a project.

Miller said the policy, which dates to the mid-1960s, is intended to promote fresh ideas, but its execution causes most of the headaches associated with it. The rule applies only to certain types of employees and only at overseas bases.

Miller said he also just completed &#8220;a very extensive reexamination of the entire pass system here.&#8221; The system caused some controversy last year after the disclosure that some guests not covered by the status of forces agreement were able to sponsor other non-SOFA guests onto post.

SOFA personnel have to meet and escort visitors. Exceptions, he said, are &#8220;very minimized.&#8221; One example, he said, was admitting the mayor of Sagamihara.

Miller noted that he grants limited golf course access to the many retired senior Japan Ground Self-Defense Force officers who live nearby. He said they have access only through the rear gate.

Miller said the people of USARJ &#8220;are just phenomenal&#8221; but to succeed, they must remain open to reexamining procedures and embracing change.