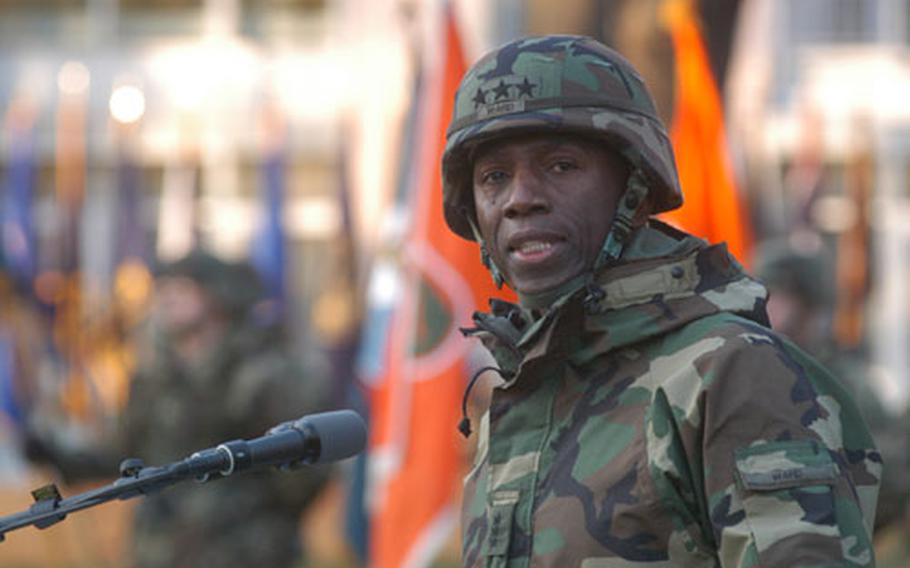 Lt. Gen. William Ward said he is committed to "improving the foxhole" upon assuming the position of deputy commander and chief of staff, U.S. Army Europe. (Rick Scavetta / S&S)

Lt. Gen. William Ward said he is committed to "improving the foxhole" upon assuming the position of deputy commander and chief of staff, U.S. Army Europe. (Rick Scavetta / S&S) 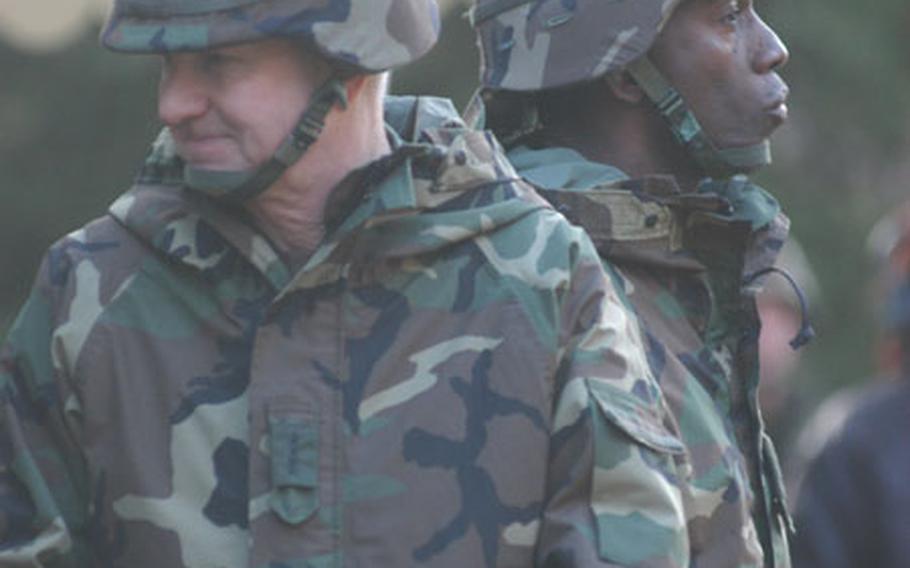 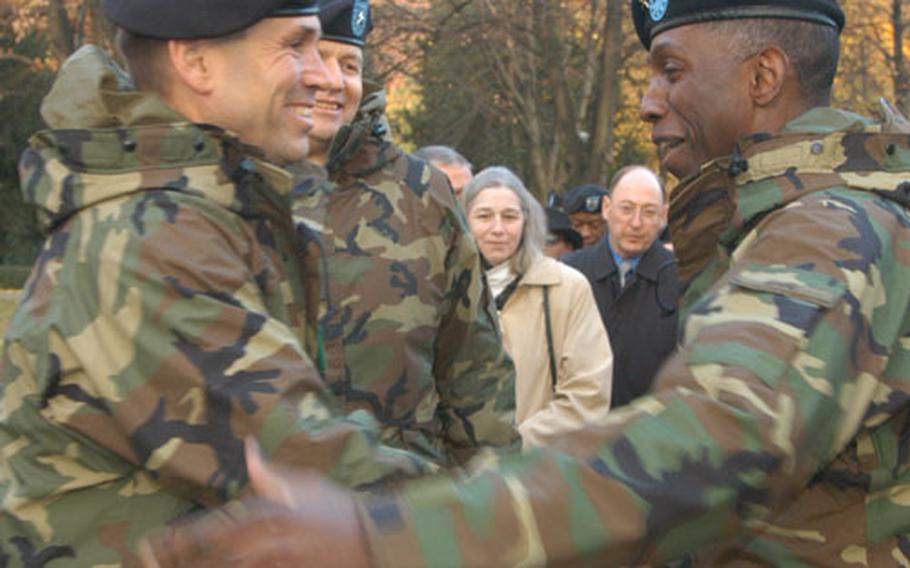 Ward, who most recently commanded NATO troops in Bosnia and Herzegovina, replaces Lt. Gen. Michael L. Dodson, who will soon retire. Ward&#8217;s arrival comes amid major troop deployments to and from the war in Iraq.

The ceremony &#8212; held on the Eddy house lawn, the back yard of Bell&#8217;s official residence &#8212; included soldiers carrying flags representing subordinate units and traditional military music performed by the USAREUR band. An artillery battery fired a salute that reverberated across the base.

During his speech, Ward paid homage to his father, Richard Ward, a World War II combat engineer who would have celebrated his 80th birthday Friday.

An infantry officer, Ward received his commission through the ROTC program in 1971.

During the 1970s, he served with the 82nd Airborne Division at Fort Bragg, N.C., and with the 2nd Infantry Division in South Korea. In 1978, he earned a master&#8217;s degree in political science from Pennsylvania State University. He served in Germany during much of the 1980s, followed by a tour in Alaska with the 6th Infantry Division.

In 1998, he was assigned to the Office of Military Cooperation in Cairo, Egypt. He went on to command the 25th Infantry Division in Hawaii. In Oct. 2002, Ward was promoted to lieutenant general and sent to Sarajevo, where he commanded the Stabilization Force in Operation Joint Forge.

Ward intends to focus on caring for soldiers deploying to combat, those returning from the war, and soldiers&#8217; families, he said.

While supporting Bell&#8217;s vision for USAREUR, from the wartime mission to any transformation changes, Ward&#8217;s goal is to build certainty for troops, he said.

In the near future, Ward will oversee the 1st Infantry Division&#8217;s training program prior to the unit&#8217;s upcoming deployment to Iraq.

He will also be getting to know the command by visiting Army communities.

&#8220;We do our best to make every day better than the day before.