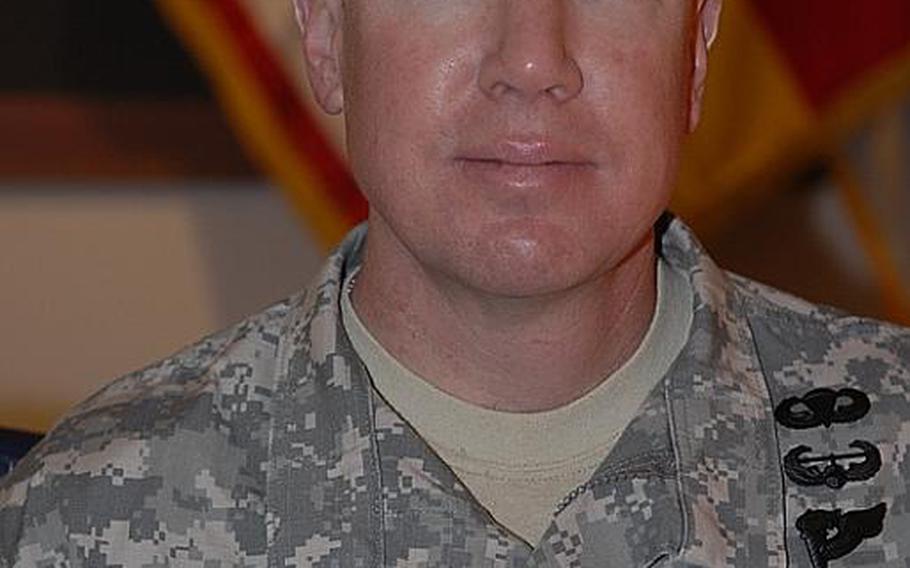 KAISERSLAUTERN, Germany &mdash; The March shooting at Frankfurt Airport in which two U.S. airmen were killed has prompted the U.S. Army in Europe to change how it transports military members and their families to and from Germany.

Starting in February, soldiers and their families on permanent-change-of-station orders will fly on a newly created Defense Department-chartered Patriot Express flight between Baltimore and Ramstein Air Base, instead of flying into or out of Frankfurt Airport, USAREUR officials said.

This year, about 1,500 soldiers and families went through Frankfurt Airport each month, according to USAREUR. The command hopes to have all incoming personnel flying into Ramstein by the end of September, officials said.

Patriot Express is the military&rsquo;s chartered commercial air service that transports servicemembers on PCS orders and their families to and from overseas locations.

The Air Force already uses the Patriot Express to move airmen who are PCSing to and from Germany, an Air Force official said.

Regulations require airmen to use Patriot Express as the first choice, Roger Drinnon, a spokesman for Air Mobility Command, said in an email, and other carriers only when seats are not available on Patriot Express flights. AMC manages the Patriot Express program for DOD.

Currently, there are three Patriot Express flights going to Ramstein from Baltimore each week; they continue on to other locations, Drinnon said in an email. The added mission beginning in February will be dedicated for travel to and from Ramstein, he said. It will be open to all DOD personnel, officials said.

Once that new flight begins operating &mdash; the first one is scheduled to arrive at Ramstein on Feb. 7 &mdash; all personnel and their family members on PCS orders to and from Germany &ldquo;should look at Patriot Express as their first choice of travel,&rdquo; Drinnon said.

An additional weekly Patriot Express flight for travel to and from Ramstein is expected to be added by the end of September, depending on passenger numbers, USAREUR officials said.

Army officials said flying into Ramstein will provide a secure arrival point and tighter control for arriving personnel. A reception team will help passengers clear customs and get them to pre-arranged military transportation to their new duty station, officials said in a news release.

Passengers using the Patriot Express flight between Baltimore and Ramstein will be authorized two 70-pound bags. The aircraft will also have 10 pet spaces, officials said.

The Frankfurt shooting is the impetus for the new USAREUR policy, but not the only reason, said Col. Dan Finley, 1st Human Resources Sustainment Center director for the 21st Theater Sustainment Command.

Kosovo Albanian Arid Uka has confessed to killing Senior Airman Nicholas Alden, 25, and Airman 1st Class Zachary Cuddeback, 21, who was the driver of bus that was parked outside the terminal, and which was to take a group of airmen to Ramstein en route to a deployment in Afghanistan.

Lawyers give closing arguments Jan. 9 and the judgment and sentence are to be handed down Jan. 19.

&ldquo;We consider the Frankfurt Airport to be very safe,&rdquo; Finley said. Bringing incoming Army personnel through Ramstein &ldquo;allows us to reduce our signature of large groups of people moving through the airport.&rdquo;