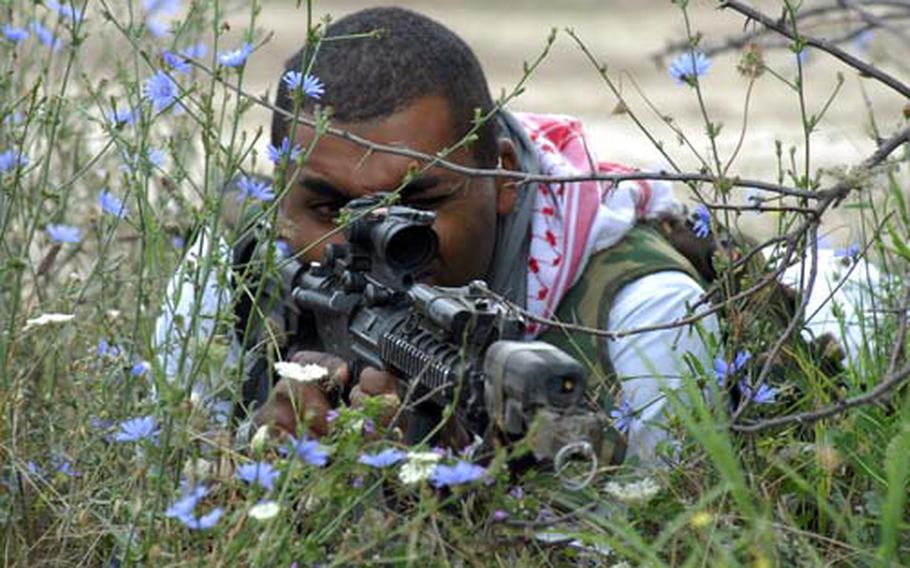 About 1,000 personnel are expected to train in Romania and Bulgaria, down from the 3,200 who deployed there last summer, said Lt. Col. Daniel Herrigstad, a USAREUR public affairs officer.

In recent years, the U.S. has conducted regular training aimed at building relationships with both militaries, which have fought alongside U.S. troops in Iraq and Afghanistan.

But this year&#8217;s training was scaled back because of limited resources, as well as operational and training demands, Herrigstad said.

For instance, the 172nd Infantry Brigade, which will provide the largest contingent of troops for Task Force East training, recently returned from an Iraq deployment, said Maj. Dan Welsh, brigade information operations officer. The 2nd Stryker Cavalry Regiment, which sent troops to Romania and Bulgaria last summer, will instead be headed to Afghanistan this year.

The 172nd is sending about 200 soldiers from 2nd Battalion, 28th Infantry Regiment to Romania and Bulgaria, Herrigstad said.

The 172nd troops will focus on dismounted, individual- and squad-level infantry tactics, combat lifesaver training and the use of the Shadow unmanned aerial vehicle, he said.

"The 172nd &#8230; exercise is not nearly as large as last year&#8217;s Task Force-East rotation. However, we also have other diverse training going on," Herrigstad said.

This summer, the task force will facilitate training for U.S. Marines, Air Force, Navy Seabees and special operations troops, he said. The training will include a logistical exercise with more than 10 nations participating, a four-nation communications interoperability exercise, and a combined logistical exercise in the fall, he said.

Also over the summer, the task force will relocate from a temporary facility at the Romanian Mihail Kogalniceanu air base to the newly completed $50 million Task Force-East Training Facility, which can facilitate up to 1,600 troops in the city of Mihail Kogalniceanu.

A new U.S.-funded $60 million facility for up to 2,500 troops at Novo Selo Training Area in Bulgaria is scheduled to be completed in fiscal 2012, Herrigstad said.