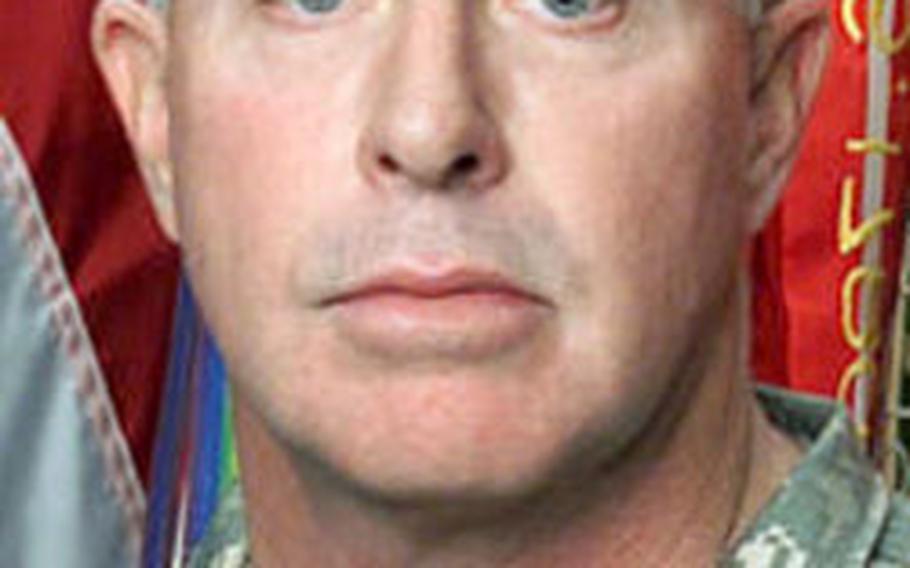 McKiernan told reporters in Washington that U.S. military commanders are monitoring Russia for indications that its military is once again on the rise.

&#8220;We keep an eye on certain indicators, some of which we&#8217;ve seen already,&#8221; such as a resumption of long-range reconnaissance flights, &#8220;arms sales to nation- states that [the United States] has differences with,&#8221; and indications that Russia is becoming involved with border conflicts in Georgia and Azerbaijan, he said.

&#8220;From a military leader&#8217;s perspective, I want to train with the Russian military. I believe in my heart there will be an opportunity in the future where we&#8217;ll be on the same side,&#8221; McKiernan said.

In order to prepare for that, he said, &#8220;I want to have personal contact with their leaders. I want [Europe-based Army] units to develop interoperable tactics and procedures with the Russians, so if we have the opportunity to serve together again in a coalition effort, we&#8217;re ready to do it.&#8221;

Unfortunately at this point, the general said, when it comes to relations with the United States &#8220;the political temperature [in Russia] is lukewarm to cold.&#8221;

&#8220;And that limits what the Russian military can do&#8221; in the way of joint exercises with U.S. forces, McKiernan said.

Since then, the number of soldiers has been reduced to about 44,000, notably including the 2006 departure to the U.S. of most of the W&#252;rzburg, Germany-based 1st Infantry Division.

The Navy and Air Force have been making similar restructurings in Europe.

Craddock gave his analysis to Defense Secretary Robert Gates on June 26, but no decision has been made yet, McKiernan said Thursday.

As a result, EUCOM&#8217;s primary job is to provide forces for those fights.

But in addition to what might happen &#8220;down the road with Russia,&#8221; McKiernan said, &#8220;we still have forces in Kosovo, and we still don&#8217;t have the final political settlement. What happens if that turns violent? Who has to respond to that? It&#8217;s NATO, and the European Command, for the United States capabilities.&#8221;

McKiernan said, the current negotiations on the province&#8217;s future that are underway in New York between Serbia and ethnic Albanian separatists could result &#8220;in a political solution that doesn&#8217;t satisfy everybody.&#8221;

&#8220;So is the potential there for violence, for external influences that would require a military capability to be present there? Absolutely,&#8221; McKiernan said.

&#8220;Could that potentially mean our forces in Kosovo need to be reinforced over the horizon by other capabilities that perhaps come out of the central region of Europe? I think that&#8217;s absolutely a potential that a military leader should be planning for,&#8221; he said.

Other than Kosovo, McKiernan also said that there are &#8220;places near the Caspian Sea Basin that are very dangerous places that are not resolved.&#8221;

All in all, &#8220;I&#8217;m not sure that I would subscribe that peace has broken out everywhere [in Europe], and everybody needs to come home to the United States,&#8221; McKiernan said.