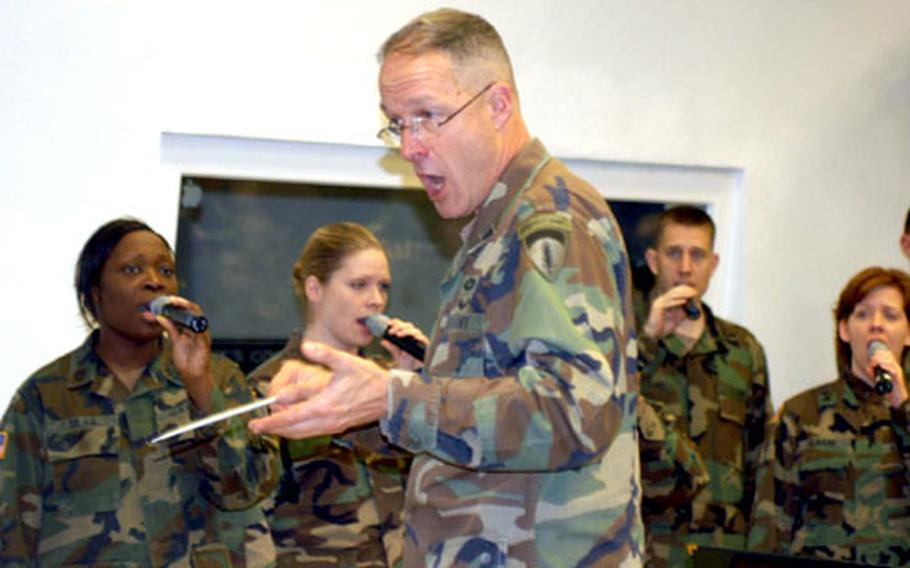 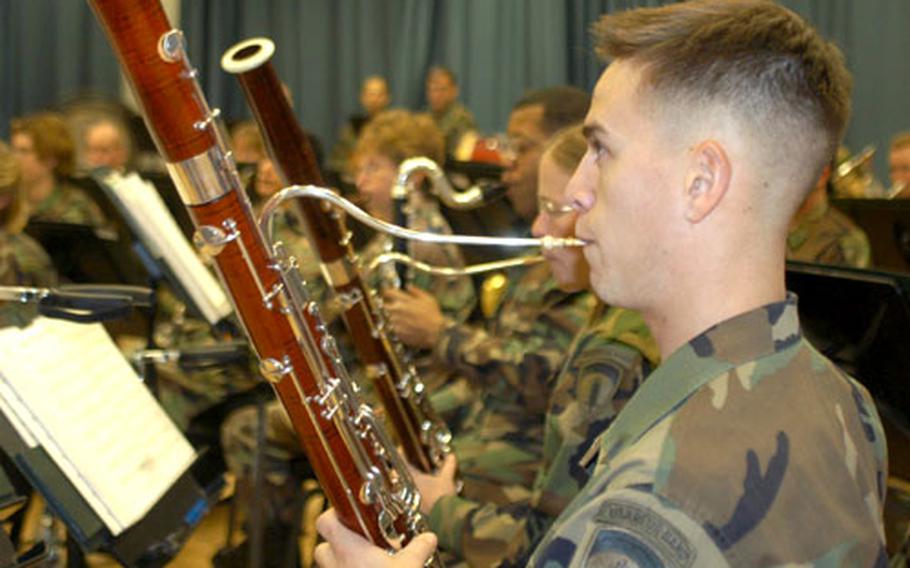 Sgt. Ryan Christianson practices holiday tunes on the bassoon during a rehearsal at Thompkins Barracks in Schwetzingen, Germany, on Monday. (Jessica Inigo / S&S) 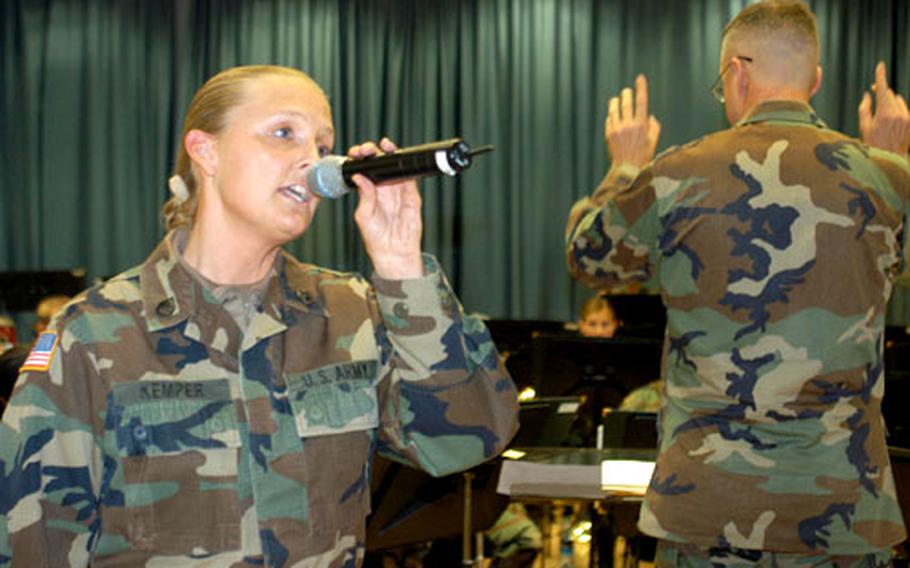 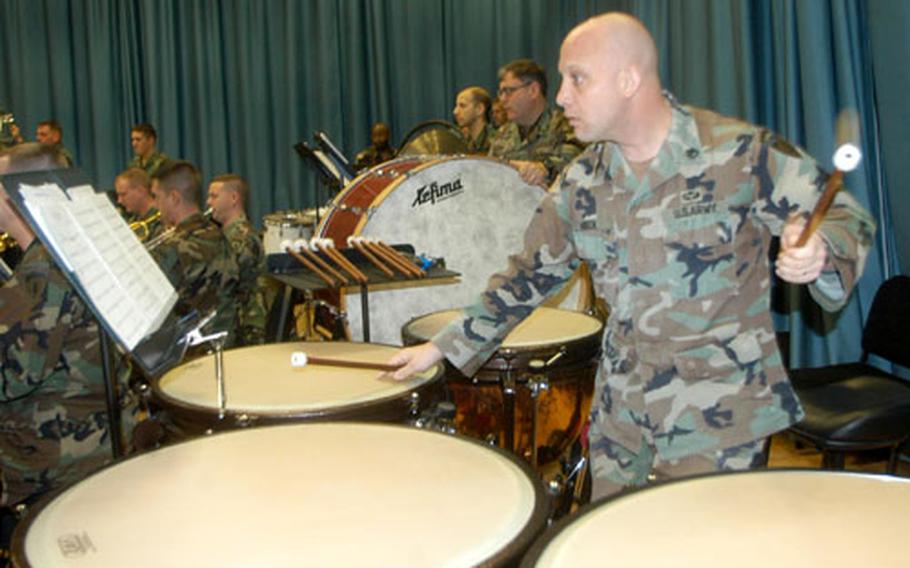 They will present six holiday shows in several cities across Germany, as well as feature guest artist Melissa Fontaine, a well-known American opera singer and the wife of a USAREUR band trumpet player.

Performances will be particularly special for families with deployed servicemembers, since the show will follow a story line full of singing, dancing and a lot of holiday favorites centered around deployments, according to Lt. Col. Tom Palmatier, USAREUR Band and Chorus commander.

The first half of the Winter Wonderland show will primarily be band music with several solo vocal pieces. The second half of the show will have the chorus singing, props and dancing. Plus, there will also be music for the Hanukkah season, he said.

&#8220;Most of the concert series is attended by lots and lots of Germans, which is great because the two cultures get a chance to know each other better. The band has been doing programs that help promote this friendship for decades,&#8221; said Palmatier, who is also receiving the Gold Medal for Service award from the city of Eppelheim during their concert show Sunday after the intermission.

Inge Burck, who volunteers for the Eppelheim mayor for American relation issues, said Palmatier is the first American to ever receive the award and he was nominated anonymously by more than 20 city council members.

&#8220;He was nominated for many reasons, but the main reason is that he promotes inter-cultural relations in all aspects of his life, not only through his music,&#8221; Burke said during a telephone interview.

Throughout the past year, the USAREUR Band and Chorus have done 250 performances in 20 different countries, including performing for the 60th Anniversary of D-Day in Normandy, France, and the Jazz Band playing in a famous festival and putting out their first CD.

After the concert series, the chorus will be deploying to Iraq over the holiday season and possibly spending Christmas Day with troops of the Big Red One, Palmatier said.