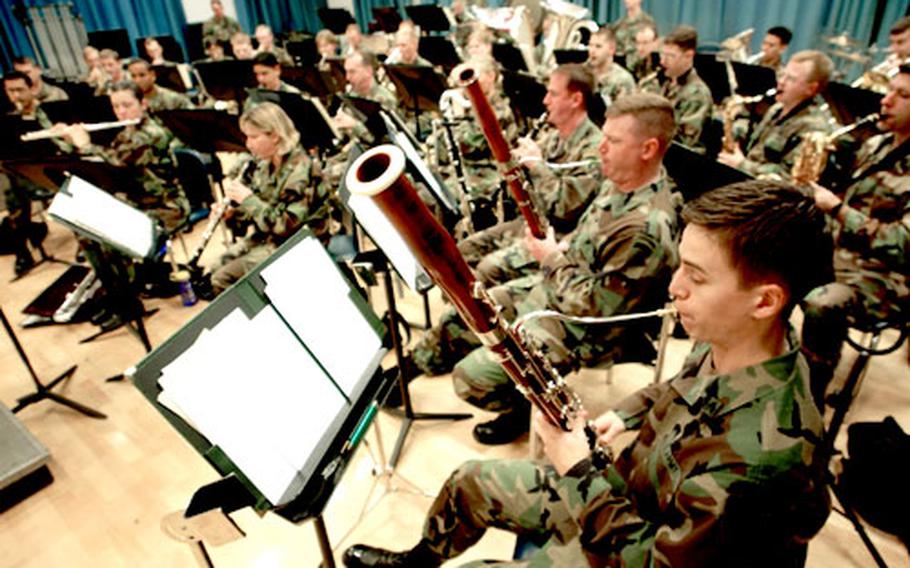 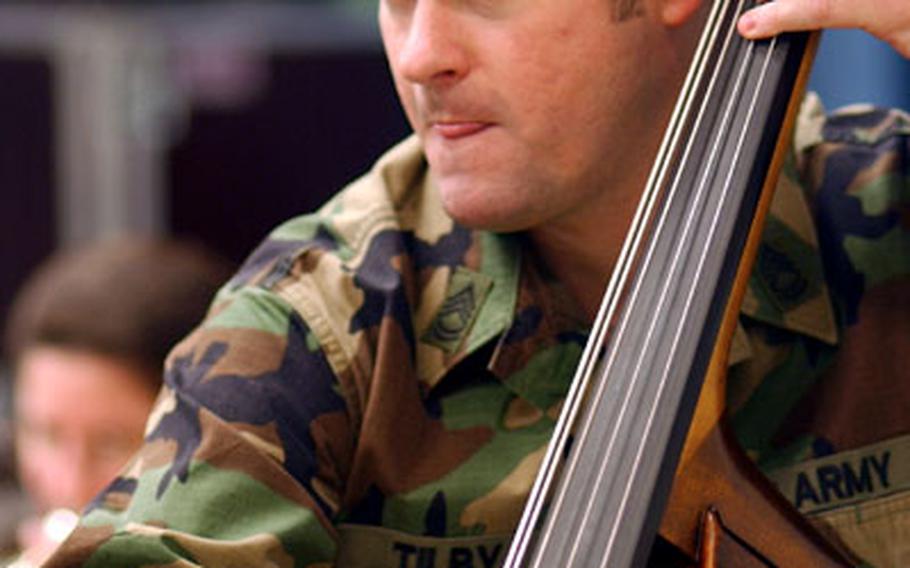 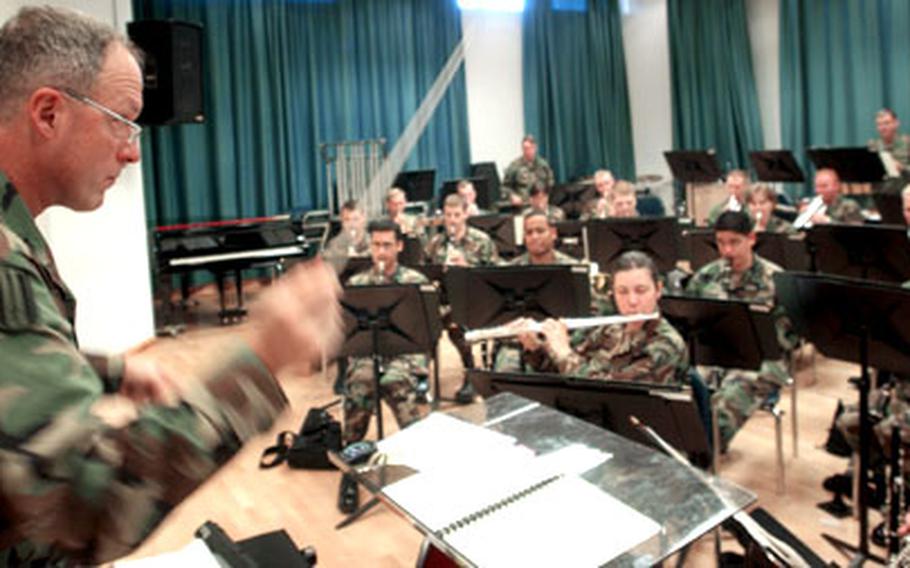 Lt. Col. Tom Palmatier conducts the U.S. Army Europe Band’s rehearsal Monday at Tompkins Barracks in Schwetzingen, Germany, on Monday. Palmatier, commander of the USAREUR Band and Chorus, is preparing the men and women for their upcoming holiday concert series, “The Most Wonderful Time of the Year,” which opens Tuesday in Wiesbaden, Germany. (Raymond T. Conway / S&S) 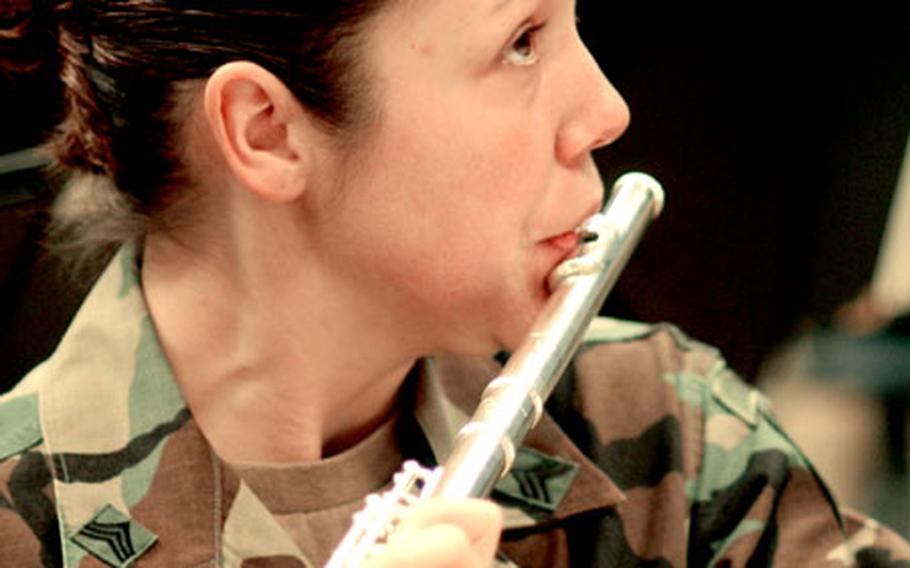 They will present five shows in several cities across southern Germany. Performances will be full of singing, dancing and great holiday music from around the world, band officials said.

&#8220;It will feature singing and dancing based on the holiday traditions of Christmas, Hanukkah, Feast of the Three Kings and Ramadan.&#8221;

Band and chorus members began putting the program together in July. Because of the show&#8217;s complexity, the band recorded the instrumental accompaniments in early October, Palmatier said.

Singers have been working with the recordings to rehearse the vocal parts and the dancing. This week at Tompkins Barracks in Schwetzingen, the entertainers will put the final touches on the production during rehearsals. Their first joint show is Tuesday.

Over the past year, the band and chorus have performed more than 200 shows in nearly a dozen countries, including a tour in eastern Europe.

Since the 76th Army and the 1st Armored Division bands deployed to Iraq, and with the 1st Infantry Division Band soon to depart, the USAREUR Band also has stepped up its role in providing musical support throughout the European theater.

This year&#8217;s holiday season is meaningful for the families that are together, but is especially poignant for those that are not because of the deployments, Palmatier said.

The U.S. Army Europe Band and Soldiers&#8217; Chorus holiday concert, &#8220;The Most Wonderful Time of the Year,&#8221; will be held at the following times and locations in Germany:

For more information on upcoming performances, contact the band and chorus public affairs office at DSN 379-6146 or civilian 06202-80-6146, or see the Web site www.1perscom.army.mil/BAND