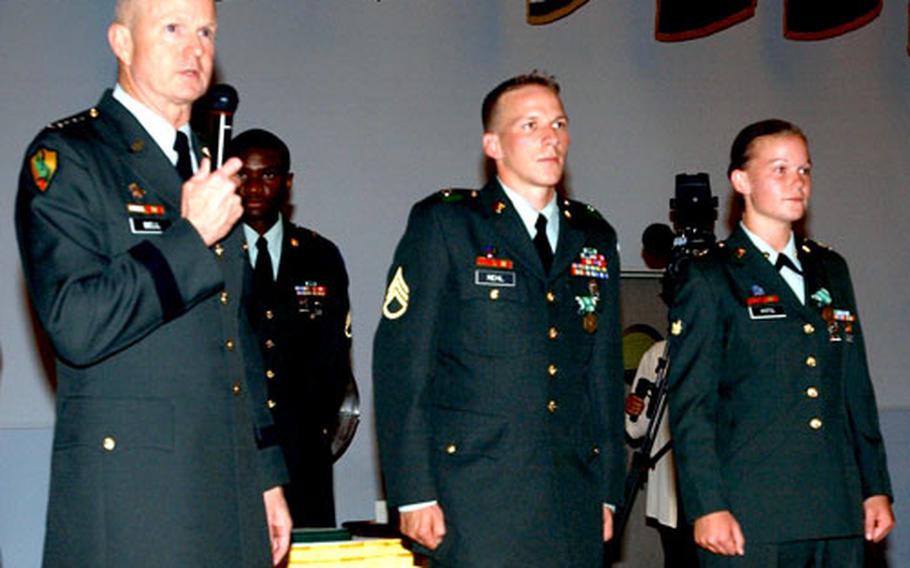 Two U.S. Army Europe soldiers proved they could take on whatever comes their way during a competition in Grafenw&#246;hr and were named Noncommissioned Officer and Soldier of the Year last week.

The Grafenw&#246;hr competition was held from July 12-15 and included evaluations on situational exercises, M-16 markmanship skills, day and night land navigation, a written exam, and an oral board.

Both troops received awards ranging from savings bonds to airline tickets, as well as the Army Commendation Medal from USAREUR.

The DA-level competition in September is typically a weeklong event beginning with an Army physical fitness test, and then continues on to a written exam and common task testing. Next, there are more situational exercises, including infantry skills, nuclear, biological and chemical testing, and a road march with full battle-rattle that leads the troops into a war-simulated zone where anything could be thrown their way.

Besides the hands-on testing, weapons qualification and land navigation posing challenges for the competing troops, there will also be a board appearance at the end of the DA competition.

Rehl said he&#8217;s going to study harder, train more, and practice smarter for the DA-level competition. A team of troops from his section is helping him prepare by setting up soldier tasks and watching his performance.