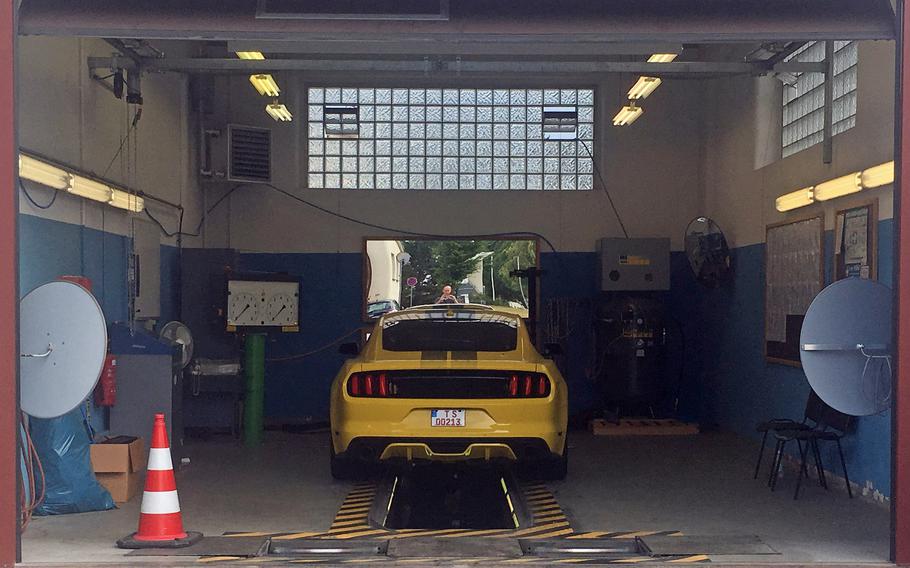 The vehicle inspection point in Stuttgart, Germany. A new U.S. Army Europe policy means that drivers of vehicles more than 10 years old can now register cars every two years instead of annually. (John Vandiver/Stars and Stripes)

STUTTGART, Germany — The long waits at Army posts in Germany could become a little less agonizing when the time comes for troops and civilians to register their cars.

A new U.S. Army Europe policy means that owners of vehicles more than 10 years old can now register their cars every two years instead of annually. It’s a small change that could eventually mean less foot traffic — and fewer headaches — at the Army’s notoriously congested vehicle registration offices.

“We updated the regulation to become more compliant with the German traffic laws,” said Shawn Driscoll, USAREUR’s deputy registrar, in an Army statement. “This affects all members of the U.S. military, civilians and family members assigned to Germany.”

The change went into effect Jan. 11.

For many servicemembers and civilians, visits to the local vehicle registration and inspection offices have long been a source of dread, especially for those with older vehicles who have been forced to make the visit annually.

In Stuttgart, the situation was so dire last summer that during the height of PCS season, some community members camped out overnight with lawn chairs and tents to get a front spot in line.

The garrison was forced to task military police officers to help process vehicle registrations at the time.