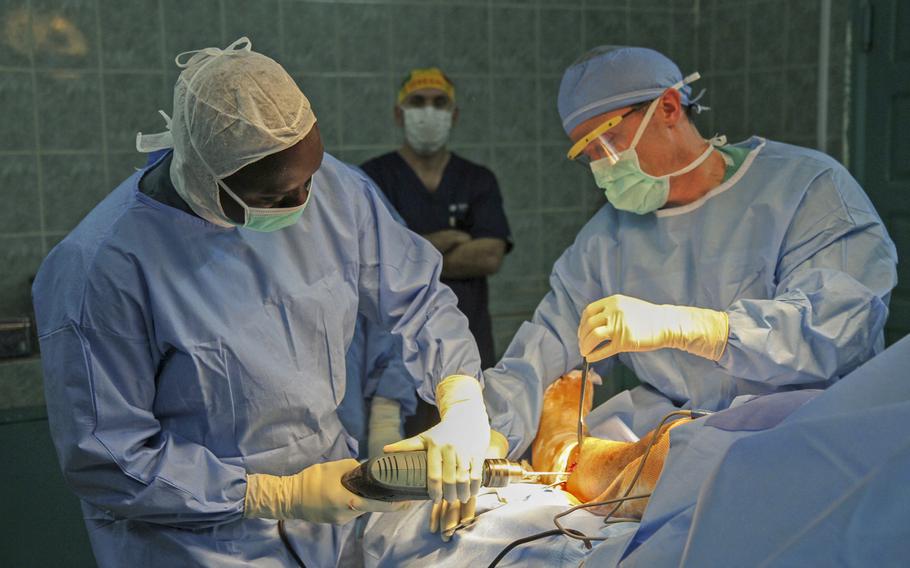 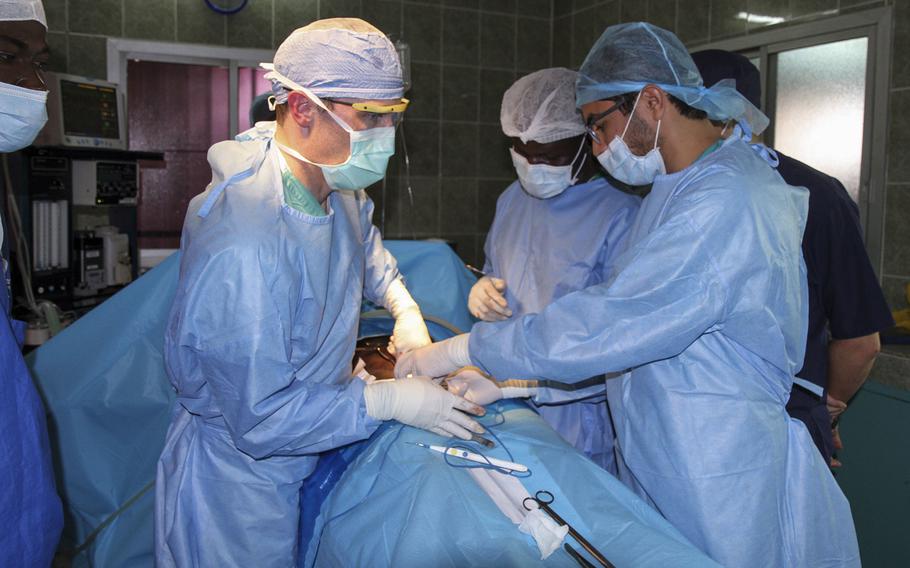 For decades, U.S. military surgeons fixed cleft palates, nurses gave immunizations and dentists extracted teeth during training exercises in developing countries. Just five years ago, U.S. Army Africa’s medical training exercise provided 150 people with cataract surgeries during two-weeks in Tanzania. The goals then were to support regional stability and cooperation with the U.S. and show the superpower in a glowing, humanitarian light.

But while the medical training exercises, known as MEDRETEs, continue, USARAF’s medical training has changed. Civil assistance and humanitarian surgeries are out. Training U.S. medical personnel to work in “austere, forward environments” is in.

The new MEDRETEs, he said — four or five a year lasting about two weeks each — are designed to “make the soldier think.”

“When we went into Afghanistan and Iraq, we brought our standard of care with us. In other countries, that won’t be feasible,” Osborn said.

“If you knew you weren’t going to have enough oxygen and blood products, what would you do?” he said. “You’re in a resource-limited environment; you don’t have everything you need — now what?”

Given such circumstances, the training now sends teams of medical troops from various U.S. commands into African hospitals to observe how local medical staffs provide care and to practice medicine without all the accoutrements of modern military medicine. That means no CT scans, and no laparoscopic instruments, which changes how doctors make diagnoses, Osborn said. “In austere, forward environments, you have to make a decision using your hands, your eyes,” he said.

Appendicitis, for example, before CT scans were available, was diagnosed physically in the U.S. and still is in most of Africa. The physical diagnosis was correct 85 percent of the time; in the remaining 15 percent, surgeons found a perfectly good appendix. The imaging technology improved the correct diagnosis rate to 97 percent, Osborn said. But for forward deployed medical teams, equipment like CT scanners might not be available, and doctors will have to proceed without them.

Last month in Dakar, Senegal, Maj. Thomas Sterling got an education in how medical is provided there. Patients must pay as they go for all care, including anesthesia and other drugs, he said, which had obviously negative effects on care.

But that system also meant that doctors had to help patients manage their finances. That, along with an emphasis on talking with patients rather than running tests on them, led to an enviably trustful doctor-patient relationship, Sterling said.

The Vermont emergency room doctor and Vermont Air National Guard flight surgeon said he’d expected to see patients with ailments unlike those in the U.S., and he did in his nearly three weeks there. He recalled a young girl whose eczema and psoriasis had resulted in feet so badly infected she was unable to walk. “She came in with her mother; they’d been carrying her for days,” Sterling said.

The girl’s treatment — removing the dead, damaged and infected tissue and providing IV antibiotics — was similar to what she would have received in the United States. But in the U.S., he said, the girl would have been treated far earlier.

A number of patients were seen for diabetes, including one man whose disease had progressed to renal failure and coma. In Sterling’s Vermont hospital, the man would have been put on a dialysis machine — the only treatment besides a kidney transplant that would keep him alive. Sterling suggested it to the Dakar doctors.

“They said, ‘We don’t have a dialysis machine.’”

Sterling said he was thrilled with the training, even performing a few orthopedic manipulations on patients to ease their lower-back pain. But the diabetic man’s certain doom was upsetting. “Knowing that I could help save someone and not being able to,” he said.

The training concept is in line with Army Chief of Staff Gen. Mark Milley’s view of future combat: highly lethal, with small formations constantly on the move hiding from omnipresent enemy sensors, often operating without direct command supervision. “In short, learning to be comfortable with being seriously miserable every single minute of every single day will have to become a way of life for an Army on the battlefield that I see coming,” Milley said in October.

Osborn said the MEDRETE training would save lives by enabling small medical teams, such as the Army’s planned “expeditionary surgical resusitative teams.” Those six- to eight- person teams, still in the conceptual phases, are expected to eventually be deployed close to the battlefield to try to save troops from bleeding to death — the most common cause of combat death — when pressure bandages and tourniquets are ineffective.

The MEDRETEs are also intended to foster relationships between U.S. and African medical troops and “hone and strengthen their general surgery and trauma skills,” USARAF says.