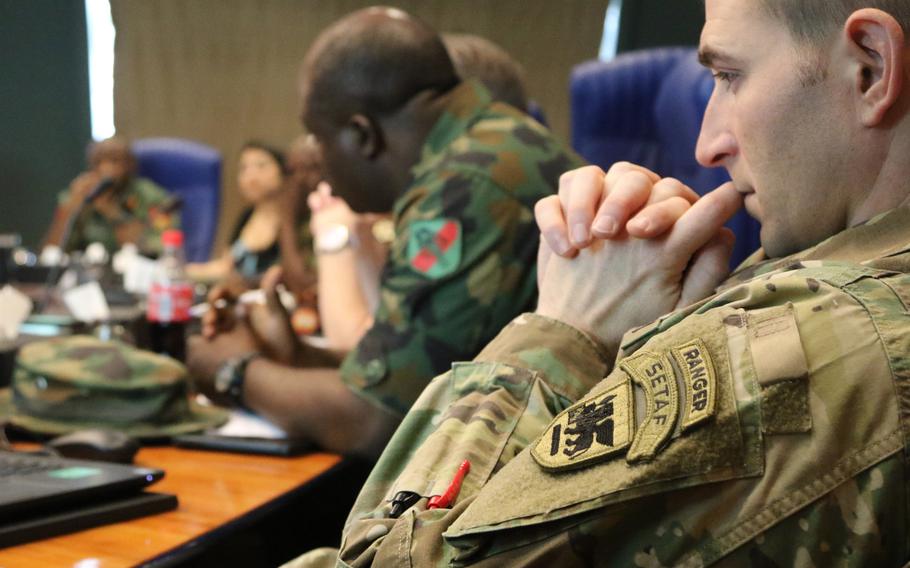 VICENZA, Italy — Army defense chiefs, military attaches and other senior officers from about 40 African nations will meet in Nigeria’s capital next week to discuss security cooperation on the continent.

Hosted and funded by U.S. Army Africa, the April 16-19 African Land Forces Summit is regarded as the command’s premier event. The four-day conference includes discussions about countering violent extremist groups, sharing information, and command and control challenges. One of the talks this year will be about how the end of the Islamic State’s so-called caliphate will affect African security and stability.

Now in its sixth year, the conference, which is designed to foster relationships among participating officers, has become a bigger draw than ever before, said Lt. Col. Hector Montemayor, the event’s chief planner.

“It’s coming together,” he said. “The word of mouth is that U.S. Army Africa is building relationships, promoting security cooperation and building trust. Now we’re getting chiefs of defense and land forces commanders showing up.”

Among first-time attendees will be the chief of Somalia’s fledgling defense forces and a senior officer from the Egyptian army.

Brazil, which has had ties with several African countries dating back to Portuguese rule, will also be represented at the event in Abuja for the first time.

Montemayor, who has spent the last year planning the conference, said that Trump’s comments had not come up among African military officers with whom he’s interacted. “We talk about our kids,” he said.