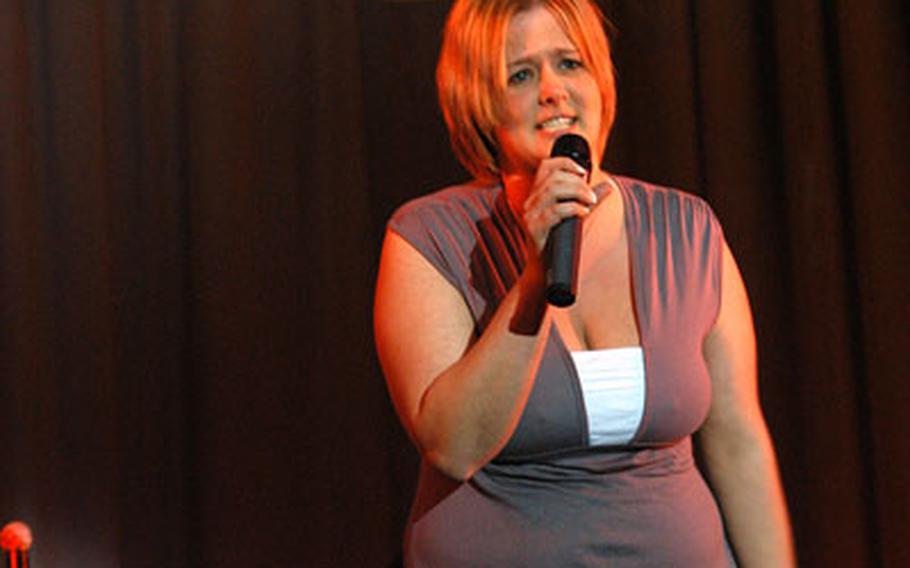 Air Force spouse Amie Lea Heller rocked the crowd with an impassioned rendition of "I will survive" by Gloria Gaynor. (Geoff Ziezulewicz / S&S)

Air Force spouse Amie Lea Heller rocked the crowd with an impassioned rendition of "I will survive" by Gloria Gaynor. (Geoff Ziezulewicz / S&S) 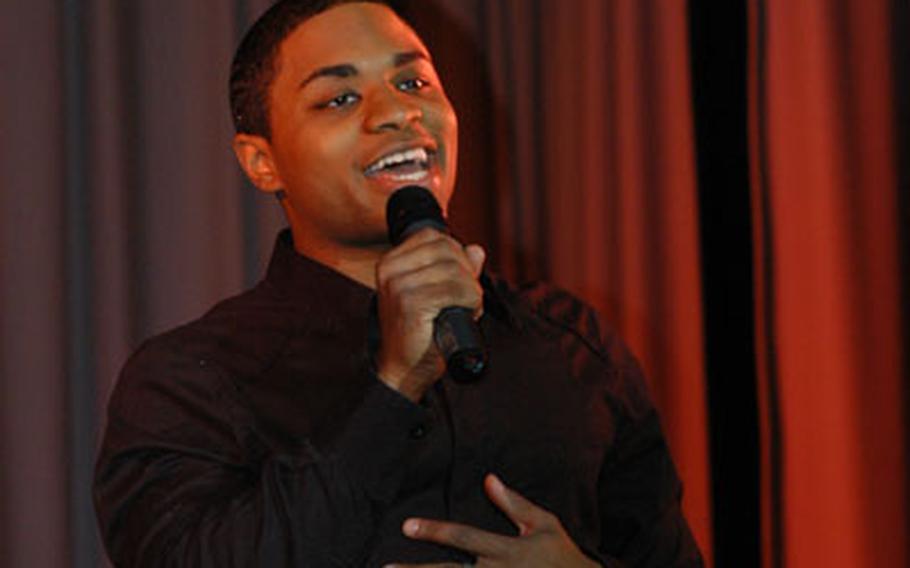 Though it was his first time competing in USAFE Idol, Airman 1st Class Dashun Carter sailed through his version of "God Bless the Child." (Geoff Ziezulewicz / S&S) 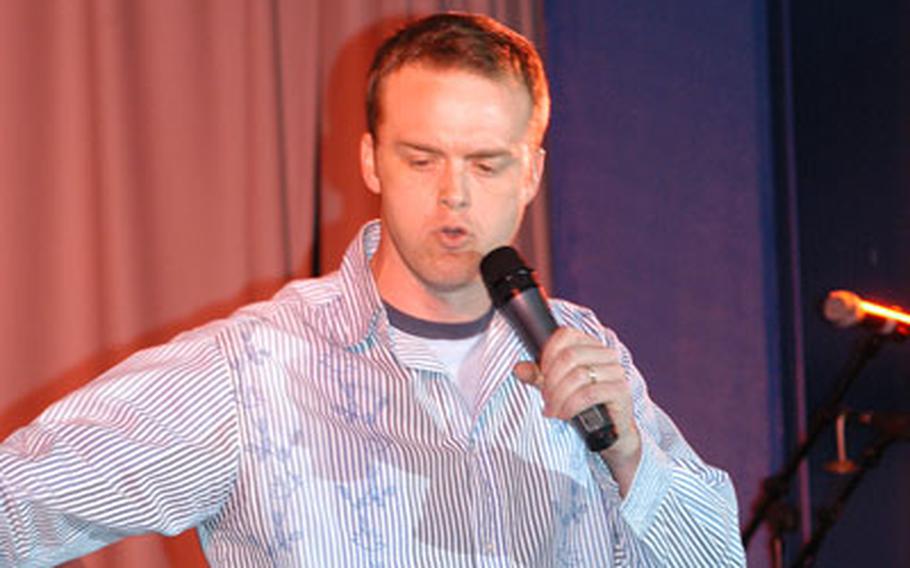 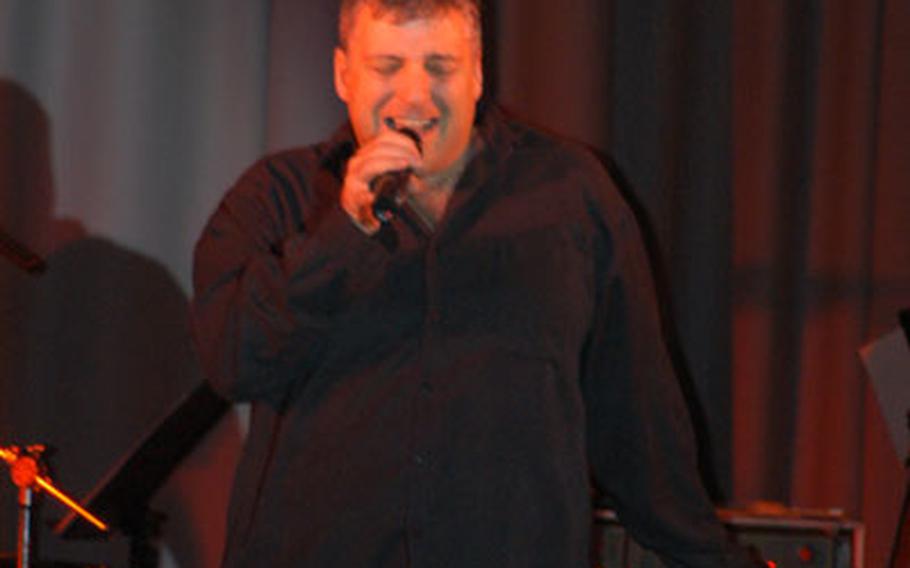 And they did just that Thursday night at the movie theater on RAF Lakenheath during the USAFE Idol competition, as a handful of singers worked to make their way to the next echelon of oratory excellence, the big show that is the USAFE finals later this month in Ramstein, Germany.

Staff Sgt. Denise Santiago of Lakenheath and Senior Airman Douglas Beyer tied for third. But since they were the highest-ranking military folk, they will go on to the Ramstein level competition.

While performers sang everything from country to soul hits, the night was about more than just moving on in the competition.