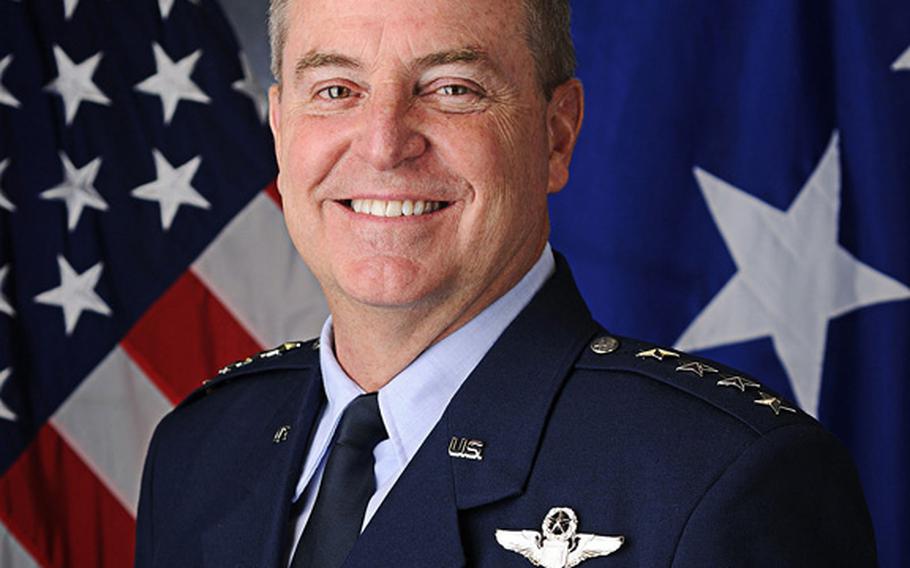 WASHINGTON &mdash; Gen. Mark A. Welsh III, commander of U.S. Air Forces in Europe, has been nominated to take over as the service&rsquo;s chief of staff.

Welsh replaces Gen. Norton Schwartz, who is scheduled to retire this year. If approved by the Senate, Welsh would move into the role this summer.

Defense Secretary Leon Panetta praised both men&rsquo;s experience and character after announcing the move during a news conference at the Pentagon Thursday.

Welsh has served in Europe since December 2010. He is a command pilot with more than 3,400 flight hours, including multiple combat missions during Operation Desert Storm.

He graduated from the Air Force Academy in 1976 and has held numerous commands over his career, including both the 347th Operations Group in Georgia and the 8th Fighter Wing in South Korea in the late 1990s.

Panetta and Welsh worked together in 2009 and 2010 at the Central Intelligence Agency, where Welsh served as an associate director for military support. Panetta called him a wise and reliable counselor, and said he expects him to be a worthy successor to Schwartz.

The defense secretary praised Schwartz as a &ldquo;transformative leader&rdquo; during a &ldquo;challenging time&rdquo; for the Air Force.

Schwartz took over as chief of staff following a series of scandals involving the service&rsquo;s handling of nuclear weapons, and in recent months has dealt with controversies surrounding the remains of casualties processed by Air Force Mortuary Affairs personnel.