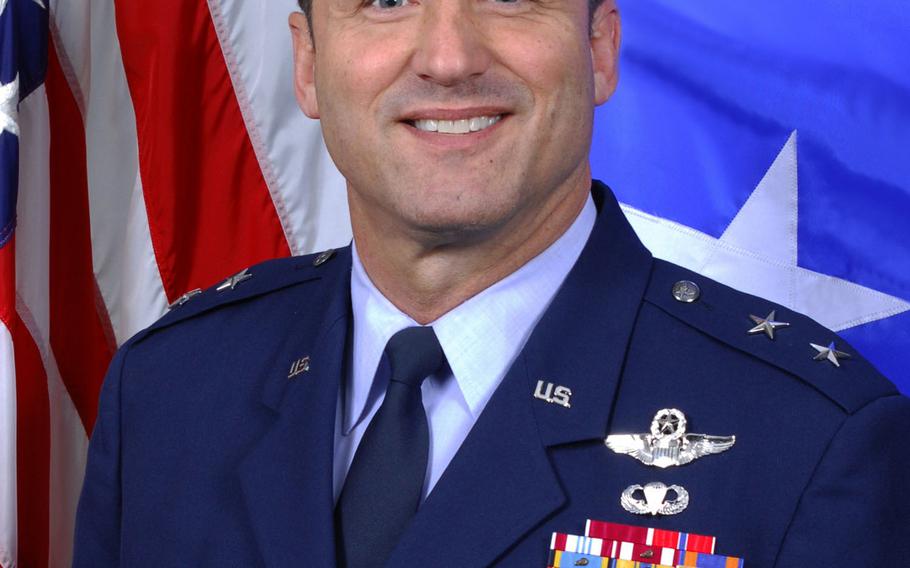 KAISERSLAUTERN, Germany — U.S. Air Forces in Europe-Air Forces Africa has a new commander — for the time being.

On Wednesday, two days before he was to assume command of U.S. European Command, Gen. Philip Breedlove transferred command of USAFE-AFAFRICA to Lt. Gen. Noel T. “Tom” Jones, USAFE officials said Thursday. Jones will temporarily lead the command until a replacement for Breedlove arrives. As of Thursday, that person had not been named by the Pentagon.

Jones, an F-16 pilot who graduated in 1980 from the U.S. Air Force Academy in Colo. Springs, Colo., has been USAFE’s vice commander since June of last year.

Breedlove will become the 16th commander of EUCOM at a change-of-command ceremony Friday on Patch Barracks in Stuttgart, taking the reins from Adm. James Stavridis, who’s been in the job for nearly four years.

Breedlove also will assume command of NATO forces in Europe at a separate ceremony planned for Monday at Supreme Headquarters Allied Powers Europe in Mons, Belgium.

He is only the third Air Force officer to command EUCOM, officials said.

In a story posted this week on USAFE’s web site, Breedlove said one of his priorities in his new job will be encouraging European nations to continue employing a smart defense strategy, a cooperative effort where NATO, and in some cases non-NATO nations, share their defensive capabilities and offer protection for one another in the interest of regional stability.

Some defense experts have stressed that European allies will need to strengthen their military capabilities because of the U.S. pivot to Asia and U.S. federal budget constraints, two factors that could further reduce the American military footprint in Europe.