USAF team stationed at Baghdad airport set for all emergencies A member of the pararescue team carries a litter into a courtyard after sliding down a rope from a hovering helicopter during a training mission at Baghdad International Airport. (Kent Harris / S&S)

A member of the pararescue team carries a litter into a courtyard after sliding down a rope from a hovering helicopter during a training mission at Baghdad International Airport. (Kent Harris / S&S) 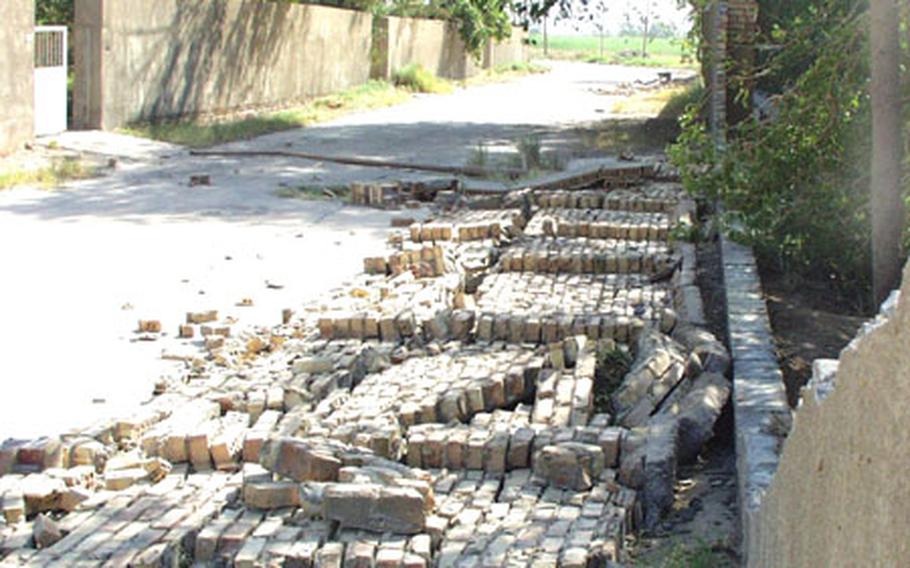 How strong are winds that a HH60G Pavehawk produces while it’s hovering? Strong enough to knock over this wall during recent training on base. A couple of pararescue members narrowly avoided serious injury. (Kent Harris / S&S) 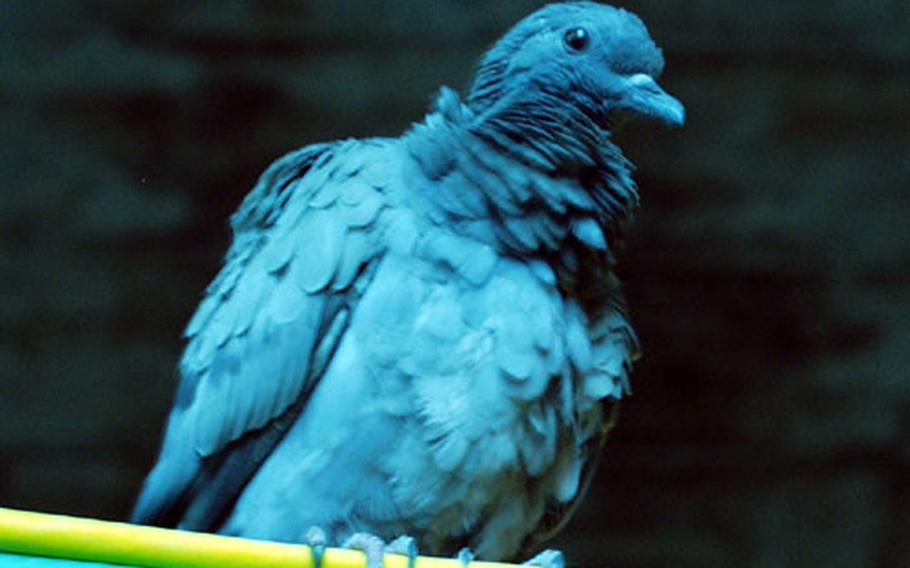 Members of the Air Force’s pararescue team at Baghdad International Airport found this pigeon near death when they moved to the base. They’ve adopted the bird – which they named, Bird – and it’s apparently adopted them as it slowly regains some of its former health. (Kent Harris / S&S) A pararescue member quickly descends to the ground while another member of the team grabs the rope prior to descending from the HH60G Pavehawk helicopter during a training mission at Baghdad International Airport. (Kent Harris / S&S)

BAGHDAD, Iraq &#8212; U.S. troops are performing thousands of missions in Iraq every day.

But for some Air Force personnel stationed at Baghdad International Airport, the fewer missions they have, the better generally the situation is for servicemembers in Iraq.

&#8220;The basic thing is that you&#8217;re here to help other people,&#8221; said Senior Master Sgt. Matt Ramp, one of the highly trained and heavily armed pararescue members who rappel down ropes from helicopters to come to the aid of injured servicemembers.

That someone, in this case, is the CSAR team, which numbers about 50 airmen at the airport.

The Air Force operation is different from its counterparts in the civilian world and in other military branches. Each service has a similar operation, but search-and-rescue is often just one of the tasks personnel are assigned. In the Air Force, it&#8217;s all they do.

And, unlike search-and-rescue operations in the States, there&#8217;s a reason why &#8220;combat&#8221; is a part of the name. Ramp and his peers are heavily armed during missions, carrying considerably more gear than other Air Force servicemembers.

It takes years of training to join the pararescue corps. Part of the training includes course work similar to what paramedics undertake. But Ramp said the pararescue medical training goes a few steps beyond that, and he and his peers are prepared to perform simple surgery in the field and do whatever they need to do to keep the person they&#8217;re rescuing alive. Sometimes, that involves keeping a patient stabilized for hours.

But Conforti said the key to most rescue operations is speed.

Conforti, a reservist who flies aircraft for Northwest Airlines in his civilian job, is also a qualified helicopter pilot. He participated in four of the five missions the unit was involved in during the war.

The CSAR team operates from HH-60G Pave Hawk helicopters, which are similar to the Army&#8217;s Black Hawks. On missions, the pararescue members, known simply as PJs, aren&#8217;t the only ones who are armed. Gunners seated behind the pilots provide cover for the PJs as they quickly exit the helicopter by sliding down ropes.

The helicopters themselves provide protection, too. While hovering, they create a strong wind that forces those underneath to shield their eyes and firmly plant their feet.

During a recent training session on base, the wind &#8212; combined with some likely shoddy construction &#8212; collapsed a large portion of a wall. Two members of the team were slightly injured.

The CSAR team gets a lot of help from other Air Force assets. HC-130 refueling planes based to the south in Tallil allow for long-range trips. Air support is provided by A-10 or F-16 jets, also based in Tallil.

Conforti and his team aren&#8217;t just sitting around the hangar waiting for calls. In order to stay ready, they&#8217;ve keep their skills honed.