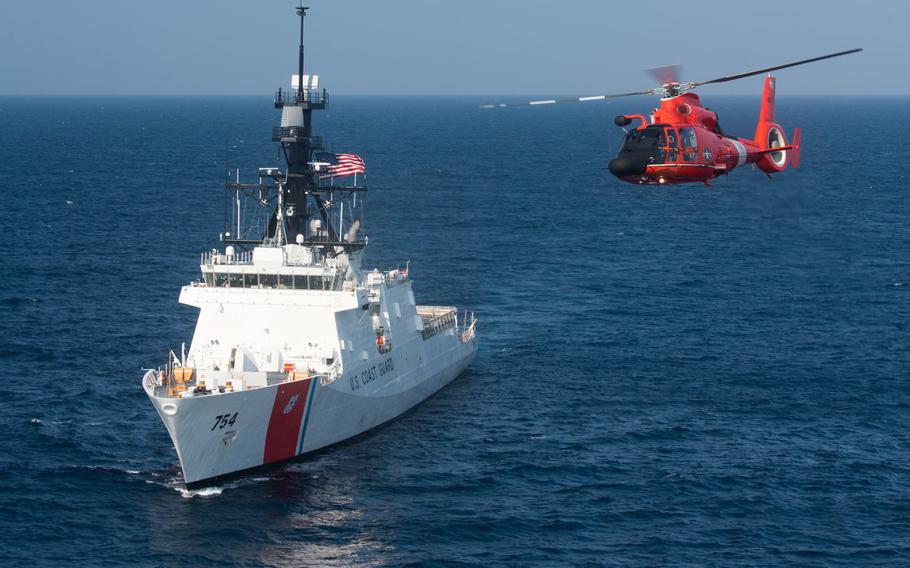 In a letter recognizing the anxiety among Coast Guard members who missed paychecks Tuesday because of the partial federal government shutdown, Adm. Karl L. Schultz announced a $15 million donation to support servicemembers.

“I am grateful for the outpouring of support across the country, particularly in local communities, for our men and women,” Schultz wrote Tuesday in a letter posted to Twitter. “It is a direct reflection of the American public’s sentiment towards their United States Coast Guard; they recognize the sacrifice that you and your family make in service to your country. It is also not lost on me that our dedicated civilians are already adjusting to a missed paycheck — we are confronting this challenge together.”

The donated funds will disburse as interest-free loans to Coast Guard personnel with the assistance of the American Red Cross, according to a news release from USAA. Beginning Wednesday, Coast Guard servicemembers with dependents will be eligible for interest-free loans up to $1,000, while servicemembers without dependents will be eligible for up to $750.

The loan assistance is available to all Coast Guard servicemembers and is designed to cover an estimated two weeks of financial shortfalls caused by a lack of pay, such as housing, essential utilities, food and child care expenses, the release stated.

“Since 1924, the mission of CGMA is unchanged — to help members of the Coast Guard family in their time of financial need. They are feeling that need now more than ever,” said retired Rear Adm. Cari Thomas, CEO of the assistance program. “This incredible gift makes a difference in the lives of Coast Guard men and women. And it will position CGMA to respond during this time of uncertainty for those that rely on Coast Guard paychecks and pensions: active duty, reservists, civilian employees, retirees and annuitants.”

About $150 million is needed to pay all Coast Guard personnel, according to a news release from mutual assistance. The nonprofit previously had promised to provide assistance to all Coast Guard servicemembers at the rank of E-5 and below. Calls for help started last week, Thomas said. They are working to expand those efforts to all members of the Coast Guard.

In his letter, Schultz said he believes this to be the first time in American history that servicemembers in a U.S. armed forces branch have not been paid during a lapse in government appropriations. He pledged he, senior leadership and Department of Homeland Security Secretary Kirstjen Nielsen will remain fully engaged and will provide a steady flow of communication as the shutdown continues through a fourth week.

The shutdown began when Congress failed to pass a budget by Dec. 21 for certain departments, including Homeland Security. Other military branches are unaffected by the shutdown because they are part of the Defense Department, which is fully funded through fiscal year 2019, which ends Sept. 30.

It is now the longest government shutdown in history as the White House and congressional Democrats cannot work out a compromise. President Donald Trump has said he will not sign a funding bill without $5.7 billion designated for a border wall along the U.S. border with Mexico. Democrats refuse to provide money for a wall.

Across the country, small communities have banded together to support Coast Guard members. On Long Island, N.Y., the Greater Huntington Council of Yacht and Boating Clubs established a gift card donation drive to help servicemembers buy groceries and gas.

“Year-round, the brave and dedicated men and women of the U.S. Coast Guard stand ready to respond to any emergency,” said Jackie Martin, executive officer of the organization. “They continue to report to work even though they are not getting paid. They still have bills to pay and many have families to feed.”

In Washington, several large veterans organizations gathered Tuesday at the Veterans of Foreign Wars headquarters to call for an end to the shutdown and to bring attention to its effects on members of the Coast Guard, as well as veterans who work in the federal government.

“Federal government employees missed their first paycheck last Friday. Today, more than 41,000 active-duty Coast Guardsmen missed theirs,” said VFW National Commander B.J. Lawrence. “We do not want anyone to miss a second check, which is why the VFW calls upon the administration and Congress to reach an agreement.”

Lawrence said the VFW so far had distributed more than $45,000 in emergency grants to Coast Guard members and their families for their mortgages, utilities and food. The American Legion also is offering assistance to Coast Guard members through its Temporary Financial Assistance Program, in which the group gives one-time grants of up to $1,500 per household.

The Coast Guard Chief Petty Officer Association has about 100 chapters at communities where members of the Coast Guard are stationed. Jon Ostrowski, the group’s leader, said each chapter was busy taking donations and organizing food banks.

“As the partial government shutdown continues, I anticipate that need for assistance will only increase,” Lawrence said.

The groups issued their support for a measure, the “Pay Our Coast Guard Act,” which would allow members of the Coast Guard to get paid as the shutdown continues. It also would include retirement pay and would apply to Coast Guard civilian workers and contractors. Sen. John Thune, R-S.D., introduced the legislation last week, followed by an identical bill introduced in the House. Neither has been brought up for a vote.