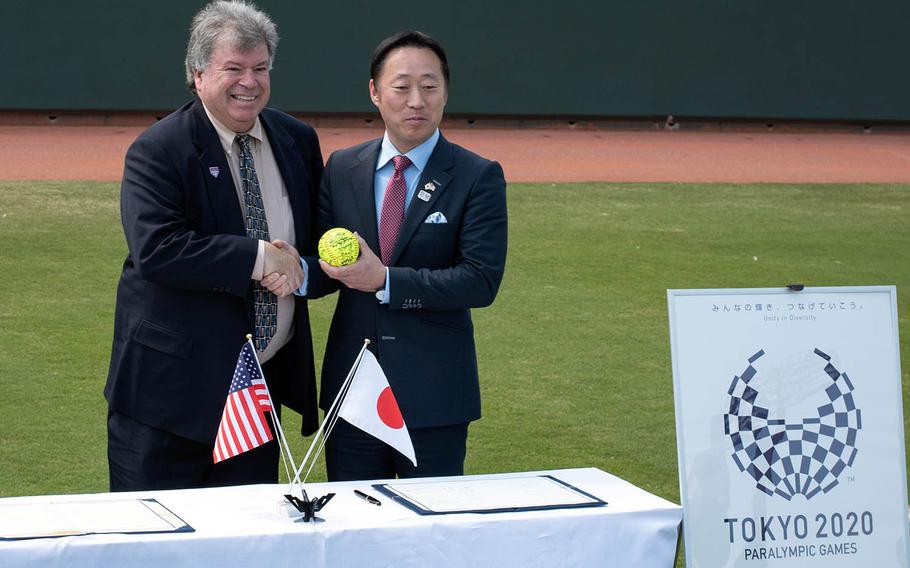 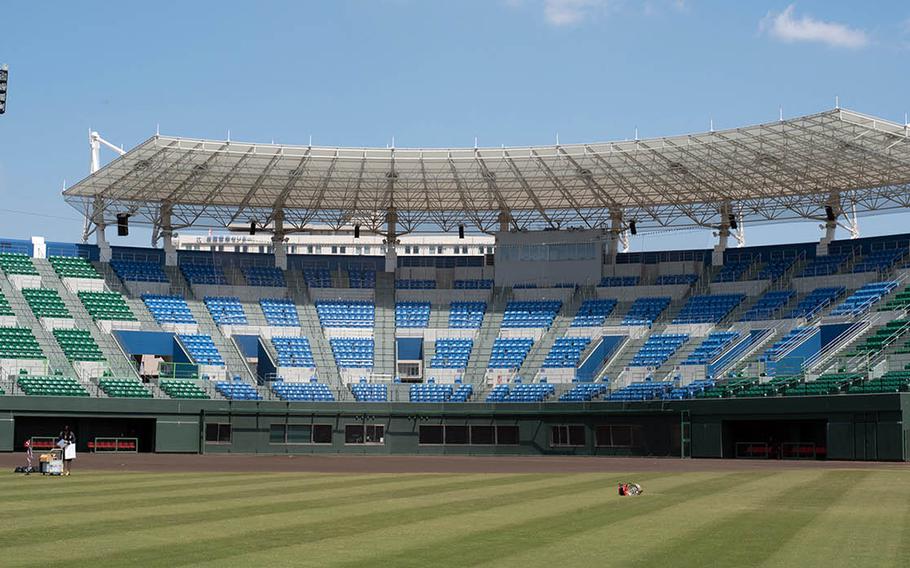 The Team USA softball team will use Atago Sports Complex, a facility shared by Iwakuni City and Marine Corps Air Station Iwakuni, to practice for the 2020 Olympics in Tokyo. (James Bolinger/Stars and Stripes)

MARINE CORPS AIR STATION IWAKUNI, Japan — A sports complex shared by Marines and Japanese locals will host the USA Softball team next summer as it prepares for the Olympics in Tokyo.

The athletes will travel to the Atago Sports Complex near MCAS Iwakuni in July 2020 to train for the games, USA Softball president John Gouveia and other officials announced during a ceremony Thursday at the facility.

The games run from July 24 to Aug. 9, 2020, according to the Tokyo2020.org website. The tentative schedule shows the softball competition taking place during the first week.

This is the second time the joint-use facility has hosted USA Softball. The team spent six days at Atago in July 2018 before winning the world championship in Chiba, Japan, and clearing the way for its chance to win gold in Tokyo in 2020.

“The team will come here to get used to the time change, get used to the climate, to learn about Iwakuni, and take part in cultural experiences that will be beneficial to our athletes,” Gouveia said during after the signing ceremony.

Although the schedule for the team’s visit has not been laid out, there will likely be opportunities for fans to see the Olympians. Before last year’s world championship, Team USA hosted a clinic with youth softball players from MCAS Iwakuni and the city, and practices were made public for air station and Iwakuni residents.

“We are looking to give back to the community and the base, but time for similar events will depend on training,” said Chris Sebren, USA Softball’s director of national teams.

Atago, which is 436 miles from Tokyo, sits where the dirt used to build the MCAS Iwakuni runway relocation project was acquired. The runway opened in May 2010, and the sports complex was completed in November 2017.

“The Atago Sports Complex has been a symbol of friendship between Japan and the U.S.,” Iwakuni City Mayor Yoshihiko Fukuda said in a press release on the Team USA Softball website. “I couldn’t be prouder to be able to host Team USA again for Tokyo 2020. Iwakuni city continues to be committed to welcoming Team USA with the spirit of ‘Omotenashi’ (hospitality) and to giving all the support to help the team win the Gold Medal.”