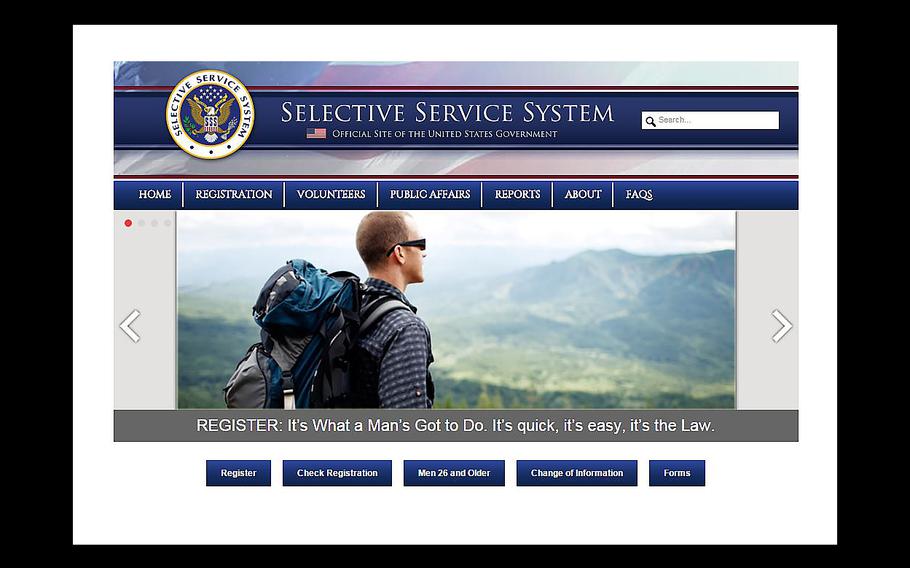 WASHINGTON — The White House announced Friday that it will consider making women eligible for the draft, one day after the Pentagon’s historic decision to allow women in all combat roles.

White House spokesman Josh Earnest said officials at the Pentagon are deliberating on the change and will work with Congress on the review of the Military Selective Service Act.

On Thursday, Defense Secretary Ash Carter announced all military jobs will be opened to women, including the most dangerous combat posts. Earnest said Pentagon officials notified Congress about Carter’s decision and provided an analysis on the impact that it could have on the law.

"We're going to work with Congress to look at that analysis, to review it, and sort of get others' opinions to determine if additional reforms or changes to the act are necessary in light of this specific decision," he said.

The outcome of a federal lawsuit challenging male-only registration also could play a role in determining whether women will be required to register for the draft. The case, National Coalition for Men vs. the Selective Service System, will be considered Tuesday by the U.S. Court of Appeals for the Ninth Circuit in Pasadena, Calif.

But Carter said the lawsuit won’t stop the Pentagon from moving forward.

“That legal determination won’t affect ... our timetable for the implementation,” he said Thursday. “But it is an issue that’s out there.”

Under the Military Selective Service Act, men must register 30 days after their 18th birthday with the Selective Service System, which could call upon them for compulsory military service in a time of war. They must stay registered until their 26th birthday. Failure to register has consequences, including prison, a $250,000 fine and denial of federal jobs or government benefits.

“If women are not being penalized for failing to register for the draft, then men shouldn’t be penalized either,” coalition president Harry Crouch said in a statement issued Friday.

Judy Patterson, chief executive officer of the Service Women’s Action Network, a nonprofit focused on advancing equal opportunity for military women, said the group welcomes adding them to the draft.

“The draft is another gender-biased policy rooted in another era. We welcome an open debate around the inclusion of women and even whether the law itself is an anachronism whose time has come,” she said Friday. “I have yet to speak with any woman who is personally opposed to registering.”

Coalition attorney Marc Angelucci said Thursday’s decision could have a big impact on his case. “The fact that the military has now opened all combat roles for women can certainly affect this lawsuit,” he said. “As long as there are any women in combat, there’s no excuse for forcing only males to register for the draft.”