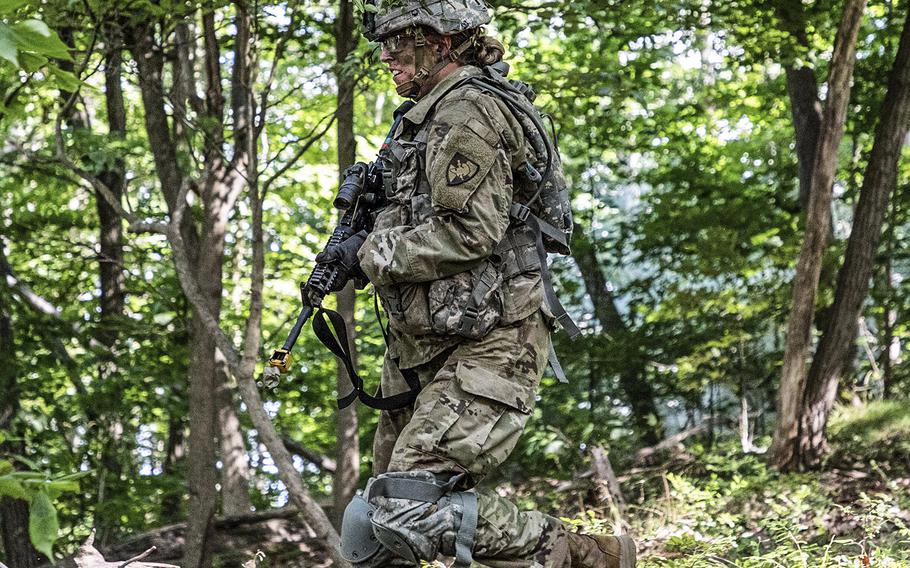 “I am grateful that the Army has agreed to change its uniform policy at West Point to be more inclusive for female cadets,” Hassan said in a statement. “Uniforms are an important part of military academies’ culture, and ensuring that female cadets have uniforms that fit is essential to making them feel included in a space that has been historically male-dominated.”

The senator wrote to Army Secretary Ryan McCarthy on Oct. 5 asking he review the policy and explain why women weren’t offered the female sizes of the Army Combat Uniform, known as the ACU, during their issuance of gear, even though the uniforms are sold in the base’s Post Exchange. This left women to pay out-of-pocket for better-fitting uniforms. Known as the ACU-Female, this line of uniform sizes offers more room in the hips, thighs and bust and comes in smaller sizes. The unisex version of the ACU is better fit for a man’s body, though some women might prefer it.

Lt. Gen. Darryl Williams, the West Point superintendent, responded Thursday to Hassan with a letter on behalf of McCarthy and wrote the perception of exclusion was never the intent of the policy. He noted most uniforms are sized to each cadet and the full-dress uniform is custom tailored.

“Secretary McCarthy and I commit today to changing this uniform issue policy so that future incoming West Point cadets are afforded the opportunity to be issued the type of ACU that best fits their individual body type as part of their uniform issue during cadet basic training,” Williams wrote.

Working with Army Materiel Command, he wrote the academy developed a viable solution that will begin with the next group of incoming cadets. Current cadets can exchange two sets of issued unisex ACUs for the ACU-Female, he wrote.

The unisex policy went into effect in 2016, Williams wrote. Prior to that, all female cadets were automatically issued only ACU-Female sizes.

“The decision may have been informed by the cadet chain of command but ultimately was made without full consideration of the downstream impacts on our female cadets,” he wrote. “We are committed to continuing our efforts for inclusive environments here at West Point where everyone is treated with dignity and respect. I appreciate you bringing this concern to our attention.”

Adding the uniforms to the initial distribution adds 32 lines of warehouse stock and will cost an estimated $156,000, Williams wrote.

“A properly fitted uniform is also important to a cadet’s ability to perform competitively and effectively during their training,” Hassan said. “I appreciate the crucial role that military academies play in molding the military's future leaders, and this is an important step as we continue working to fully support the young women and men who step up to serve.”