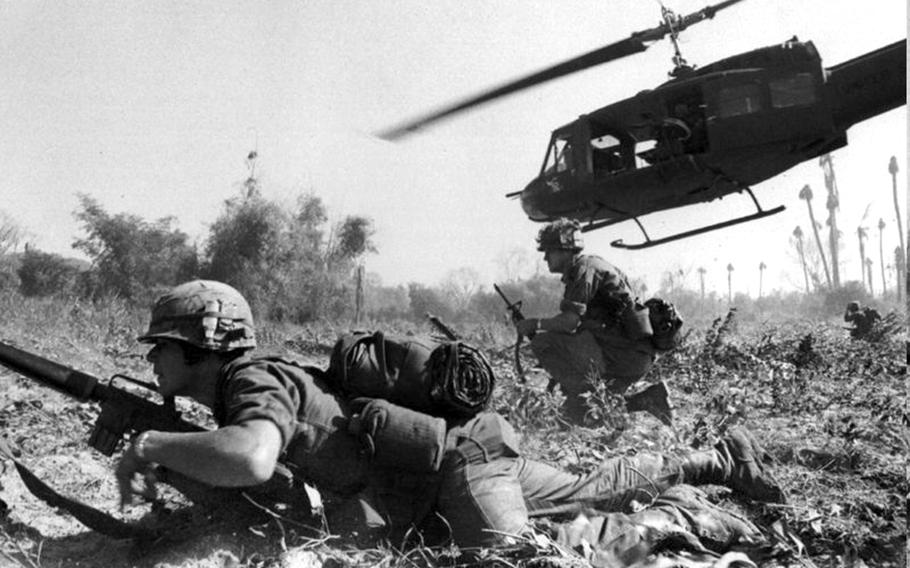 WASHINGTON — On November 14, 1965, during the Ia Drang battle in Vietnam, Bruce Crandall and his helicopter co-pilot Jon Mills spent 14½ hours bringing ammunition to the troops and evacuating casualties. Crandall was eventually awarded the Medal of Honor for his actions, which were documented in Joe Galloway's "We Were Soldiers Once — And Young," and the movie based on the book. Mills received the Distinguished Flying Cross, although many people think he, too, deserved the Medal of Honor.

Mills passed away March 30, 2013, at age 74. On Veterans Day, Crandall — in Washington, D.C. to attend Mills' burial at Arlington National Cemetery the next day — spoke about his friend and radioman.

"He was a perfect co-pilot," Crandall said, "because he didn't want to fly the helicopter so much, and I don't like to go as cargo. If I'm in the aircraft, I want to fly it. So we got along just wonderfully."

"He was a really good man, absolutely. He would do anything for anybody."