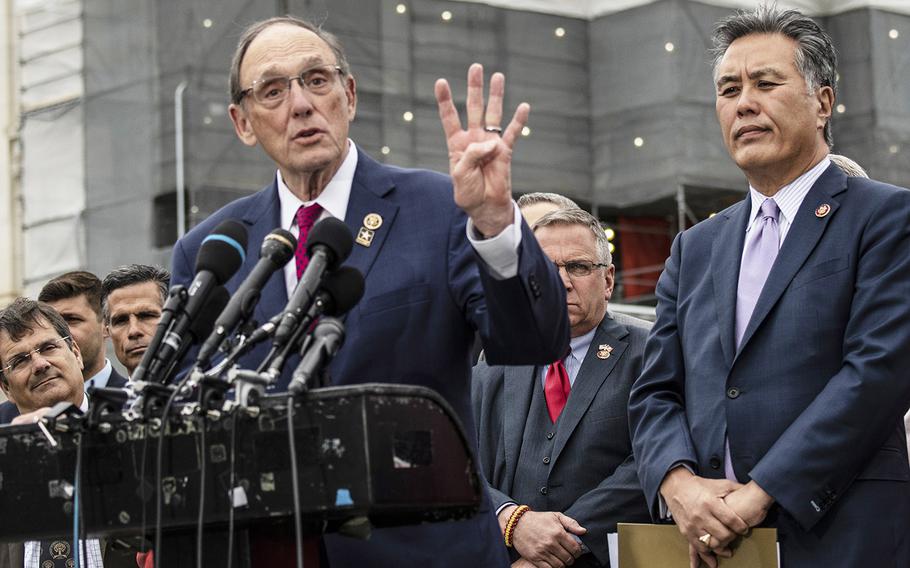 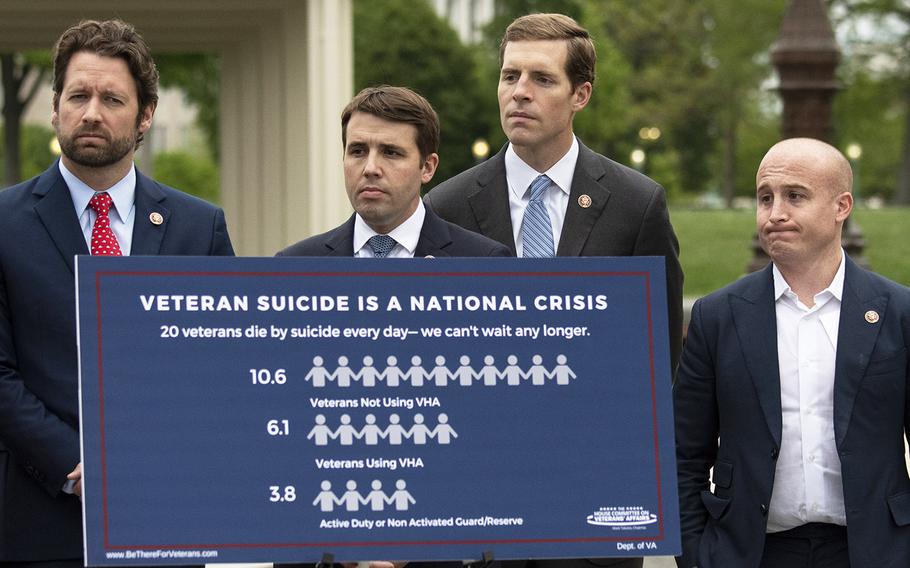 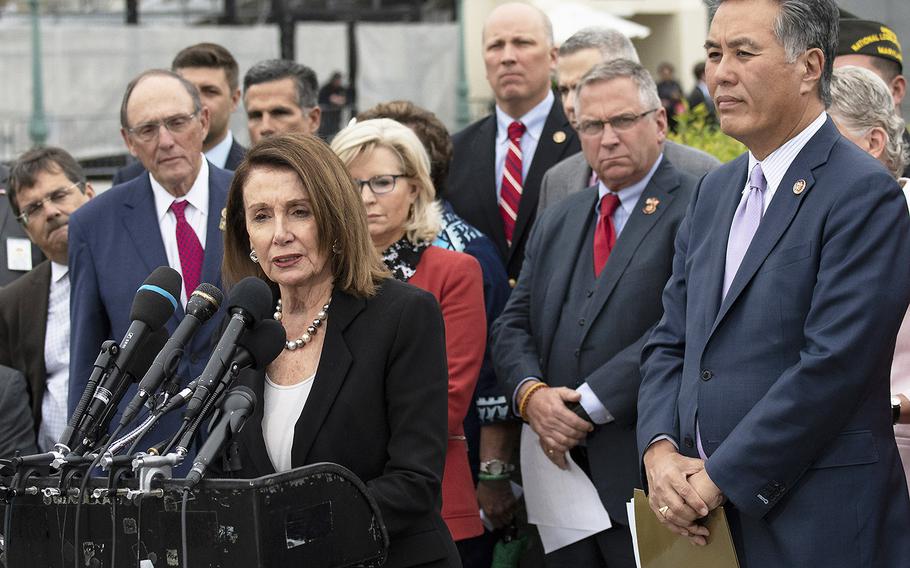 WASHINGTON — A veteran died by suicide outside the Department of Veterans Affairs hospital in Cleveland on Monday – hours before a House panel was slated to discuss several other veteran suicides that occurred on VA property this month.

“Another one just today,” said Melissa Bryant, the policy officer with Iraq and Afghanistan Veterans of America. “That’s our sense of urgency.”

The veteran died at about 3 a.m. outside the emergency room at the Cleveland VA, said Bryant, who was briefed on the incident.

At 5 p.m. on Capitol Hill, House Republicans and Democrats joined together to draw attention to what they described as a rising trend of suicides on VA campuses.

The scheduled hearing and news conference were held in response to multiple instances of veterans dying by suicide in April — three suicides in five days. Two happened on VA campuses in Georgia and one inside the waiting room at a VA clinic in Austin, Texas.

The House Committee on Veterans’ Affairs on Monday evening heard from officials at the National Institute of Health and Substance Abuse and Mental Health Services Administration about best practices for suicide prevention.

Just before the committee hearing, House Speaker Nancy Pelosi, D-Calif., and Rep. Liz Cheney, R-Wyo., the House Republican conference chairwoman, joined about a dozen other lawmakers at a news conference where they promised bipartisan action on the issue.

“The House will continue to come together, putting aside politics and partisanship to ensure both the VA and [Department of Defense] have the resources they need,” Pelosi said. “We will ask tough questions and ensure robust oversight of both agencies.”

The leaders of the House Committee on Veterans’ Affairs, Rep. Mark Takano, D-Calif., and Rep. Phil Roe, R-Tenn., vowed the House would quickly take up legislation. One of the bills being considered would require the VA to notify Congress of suicides at VA campuses and provide information about the veterans, including an explanation of their most recent encounters with VA employees.

Rep. Max Rose, D-N.Y., introduced the legislation following the string of suicides on VA property. Rose argued it was a trend that needed to be tracked.

“Having these key data points will help Congress fully understand the scope of this crisis,” he said. “We need to know this information so we can better serve our veterans in need.”

Richard Stone, executive in charge of the Veterans Health Administration, said veteran suicides on VA property accounted for less than 1 percent of veteran suicides overall and some of them hadn’t sought VA care in years.

“The fact that help was a few feet away is deeply troubling,” he said. “But yet, even if we fix that problem, 99.6 percent of veteran suicides are not occurring on our campuses. There are those who would like to indict the VA. I would caution you, this is not as easy as having just a few more policeman to go through parking lots. This is about a whole-of-society approach.”

While Monday’s hearing was held in response to suicides on VA property, Takano said it was “harmful to veterans and overly simplistic to blame the VA for these tragedies.”

The VA faced criticism in December, when the Government Accountability Office revealed the agency used less than 1 percent of its budget for suicide prevention outreach in fiscal year 2018. Of the $6.2 million obligated, the VA had spent only $57,000 by September, the last month of the fiscal year.

President Donald Trump signed an executive order in March creating a Cabinet-level task force that he promised would “mobilize every level of American society” to address veteran suicide. VA Secretary Robert Wilkie was selected to lead the task force.