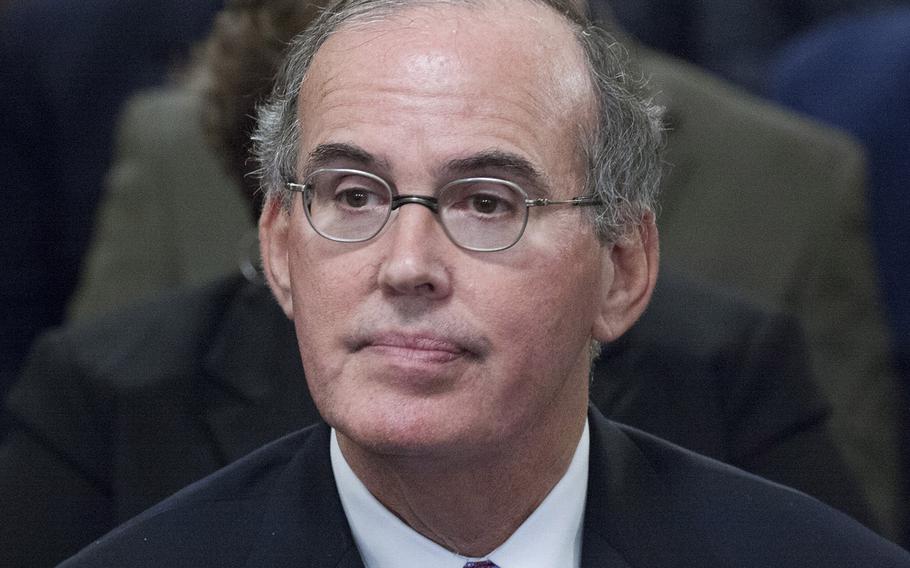 VA Inspector General Michael Missal sent a letter to Poonam Alaigh, the VA acting undersecretary for health, about problems discovered during an on-site visit his team conducted Wednesday at the DC hospital. The letter recounted an incident where a patient was prepped for vascular surgery and under anesthesia at the DC hospital Wednesday when it was discovered the surgeon didn’t have the necessary instrument to perform the operation. The surgery was then postponed.

Also on Wednesday, the inspector general’s Rapid Response Team found discolored surgical instruments that the team determined to be unsuitable to use on patients.

The findings came nearly one month after the inspector general warned VA leadership about inventory and sterilization problems at the DC hospital. The letter stated medical supply issues continue at the VA, despite department leadership saying a new inventory system had been put in place 48 hours after the initial warning and truckloads of supplies brought to the hospital in the past few weeks.

“Our Rapid Response Team was onsite today and found further troubling incidents that indicate patients are being placed at unnecessary risk,” Missal wrote. “These further incidents raise serious concerns that surgeries and other procedures requiring sterile equipment may be performed with unsuitable equipment. We therefore ask that you immediately take necessary and appropriate action to ensure that patients at the DC VA [medical center] are not placed at unnecessary risk.”

Missal also asked Alaigh to promptly inform him of what specific steps VA leadership plans to take in response to the problems.

Missal sent copies of the letter to 15 lawmakers.

VA Secretary David Shulkin responded to questions about the letter Thursday during a Senate subcommittee hearing. He said the letter “did not have fully accurate information” and that he wrote back to the inspector general about possible inaccuracies. He did not say what those inaccuracies are.

Shulkin also addressed the delayed surgery incident, saying it proved the system worked how it should. He said once it was discovered the surgeon didn’t have the necessary tool, employees did not conduct the procedure.

“We’ve written back to share our perspective,” Shulkin said. “There are no safety concerns today about patients being cared for there. We do believe it is a high-quality environment, but we will be vigilant.”

“Last week, I personally visited the facility,” Walz said Wednesday night in a prepared statement. “There, I was encouraged by the steps VA leaders were taking to improve the facility’s inventory and supply-chain management capabilities. However, the revelations of the [inspector general] letter clearly indicate the DC VA is not doing enough to keep veterans safe.”

Missal wrote his team had not uncovered medical harm to a patient at the facility as a result of the supply issues.

The inspector general’s office first uncovered risks to patient safety at the DC hospital on April 12, when it sent a preliminary report to VA headquarters outlining problems such as a lack of adequate inventory system and $150 million in unaccounted for medical supplies and equipment. Some supplies and storage facilities were found to be dirty, and inadequate supplies led to the delay or cancellation of some medical procedures.

Missal’s decision to release preliminary findings was rare. He explained he did so because he had a “lack of confidence” in the VA to quickly address the problems.

Missal made eight recommendations to the VA in the preliminary report, including stocking the facility with medical supplies, implementing an inventory system and adding logistics staff. On Wednesday, Missal wrote those recommendations remained open – meaning he didn’t have enough evidence to determine the VA had completed them.

The same day that preliminary findings were released, Shulkin relieved the Washington VA’s medical director from his duties. Officials announced the following day that retired Army Col. Lawrence Connell would temporarily take the position. Shulkin said he also sent a team to the hospital that had established an inventory system within two days of the report’s release.

The American Legion held a town hall-style meeting at the hospital last week. The organization’s director, Verna Jones, said approximately 200 people attended, including VA staff. She said the feedback from veterans differed – some of them complimented their care at the DC hospital while others spoke of negative experiences.

“They have to do better,” Jones said in an interview earlier this week. “That’s the flagship – it’s the VA medical center in our nation’s capital. That should be the model for the rest of the VA to follow.”