VA, IG warn against rush of veterans into private care 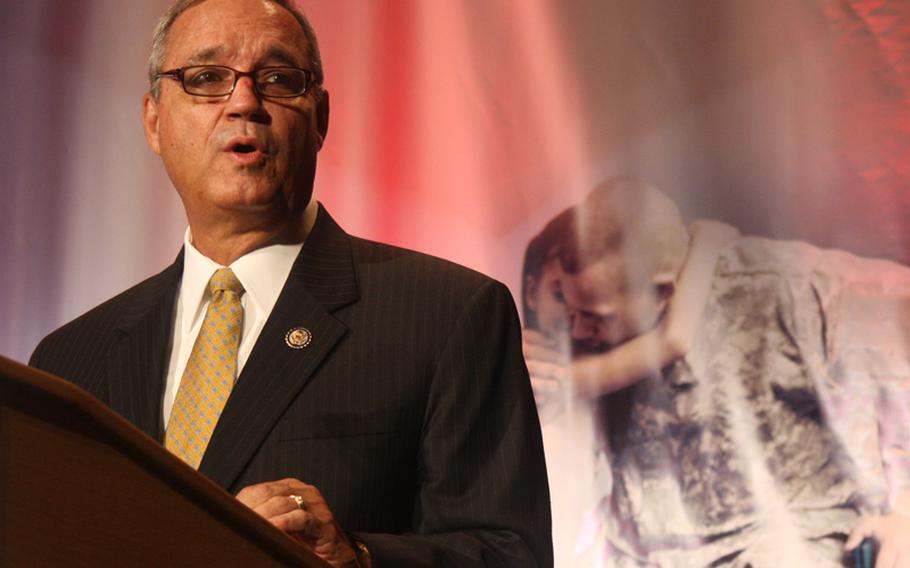 A report by the Department of Veterans Affairs’ inspector general and a separate “access audit” of appointment scheduling practices across VA healthcare facilities confirm system-wide abuses to distort wait times for care, which have put patients at risk and shaken confidence in how VA hospitals and clinics are staffed, managed and resourced.

Yet even as the acting IG and another senior VA official confirmed the depth of the patient wait-time scandal at a hearing Monday of the House veterans affairs committee, as well as possible criminal activity by some administrators, they cautioned irate lawmakers against sending thousands more VA patients into the private sector for healthcare needs.

The caution flags haven’t slowed Congress. On Tuesday, the House unanimously passed the Veterans Access to Care Act (HR 4810) from Rep. Jeff Miller (R-Fla.), VA committee chairman. It would require VA to offer non-VA care to enrolled veterans who cannot get an appointment within VA wait time goals or who live more than 40 miles from a VA medical facility.

On Wednesday, the Senate voted 93 to 3 for similar language as part of a more comprehensive bill, the Veterans’ Access to Care through Choice, Accountability and Transparency Act of 2014 (S 2450), from Sens. Bernie Sanders (I-Vt.), VA committee chairman, and John McCain (R-Ariz.).

VA already spends 10 percent of its health care budget, about $5 billion a year, on private sector care. In 2013, VA authorized and reimbursed for 15.3 million non-VA outpatient visits, a 72 percent increase since 2008. Eligibility for such care is complex, however, and varies by veteran status and circumstance. Pre-authorization usually is required.

In response to the appointments scandal, Congress wants VA to experiment for two years with giving many more veterans easier access to non-VA care. Veteran service organizations long have feared such moves as a step toward dismantling their prized, fully integrated VA health system. Big government critics say it will improve access to care but save tax dollars.

At Monday’s hearing, VA officials, including the acting inspector general, and a health expert from the Government Accountability Office, warned against a rush of veterans into private sector care, saying it could backfire if not carefully coordinated and properly resourced.

Testifying on results of a VA flash audit of patient access and wait times, Philip Matkovsky, assistant deputy under secretary for health administrative operations, apologized on behalf of VA leaders for a “systemic and totally unacceptable lack of integrity” found in appointment processing at some facilities, calling it “a breach of trust” and “indefensible.”

He also described a $300 million initiative to accelerate access to care in coming months with more medical staff overtime, expansion of VA clinic hours and more referrals to private sector providers as necessary.

Many VA facilities apparently manipulated wait time data to pretend to meet internal goals for providing timely access to care, which then would qualify senior staff for performance bonuses and promotions.

Richard J. Griffin, acting IG, testified that in addition to the Phoenix VA hospital where a whistleblower physician first exposed data manipulation, and said it had led to preventable deaths, IG teams were investigating 69 other VA facilities where there was evidence of data manipulation.

Griffin described two methods used to disguise actual wait times. The most common begins with a veteran calling for an appointment “120 days out because that’s the first available” and yet that appointment gets scored as being the veteran’s desired date. The facility then posts “zero waiting days” though the veteran actually waited four months.

In Phoenix, the IG reviewed a statistically valid sample of 226 appointments for primary care. On average, patients waited 115 days for appointments. Only 16 percent were seen within the VA goal of 14 days. What the facility reported for those patients, however, was an average wait of 24 days with 57 percent treated within 14 days.

“Those are similar to what we found,” Matkovsky said of a nationwide “access audit” VA recently ran across more than 730 hospitals and clinics.

The IG report is preliminary and doesn’t answer whether vets died from delays in diagnosis or treatment. That will require analysis of VA and non-VA medical records, death certificates and autopsy reports by IG clinical teams. The IG is coordinating these investigations with the FBI.

Only one confirmed death from scheduling delays was discussed at Monday’s hearing. Debra A. Draper, director of health care for the Government Accountability Office, used it as a cautionary tale for lawmakers pressing to give veterans easier access to private sector care.

Last September, she said, VA diagnosed a veteran as having two aneurisms and scheduled heart surgery. A November operation was cancelled due to VA staffing issues. In December VA approved non-VA care, referring the patient to a local hospital. By late December, the non-VA care provider had lost the veteran’s information so VA had to resubmit its surgery request. In February, before surgery could be performed, the veteran died.

Use of more non-VA care will expand capacity but there are “potential pitfalls,” Draper said. For example, VA doesn’t tracked wait times for non-VA care and so it cannot estimate what waits will be for type of local care.

“We need to ensure that there is sufficient non-VA care coordination staff in facilities. You can’t simply feed into community [care] and assume it’s going to take place,” Matkovsky warned. “We have to coordinate that care.”

Several committee members said they shared his concern. The next day the House passed Miller’s bill to expand access to non-VA care 426-to-0.