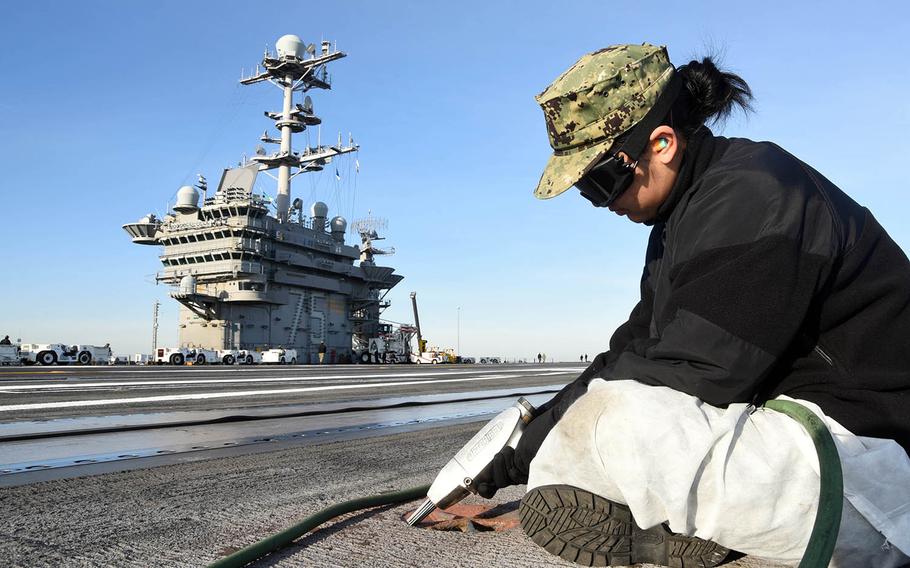 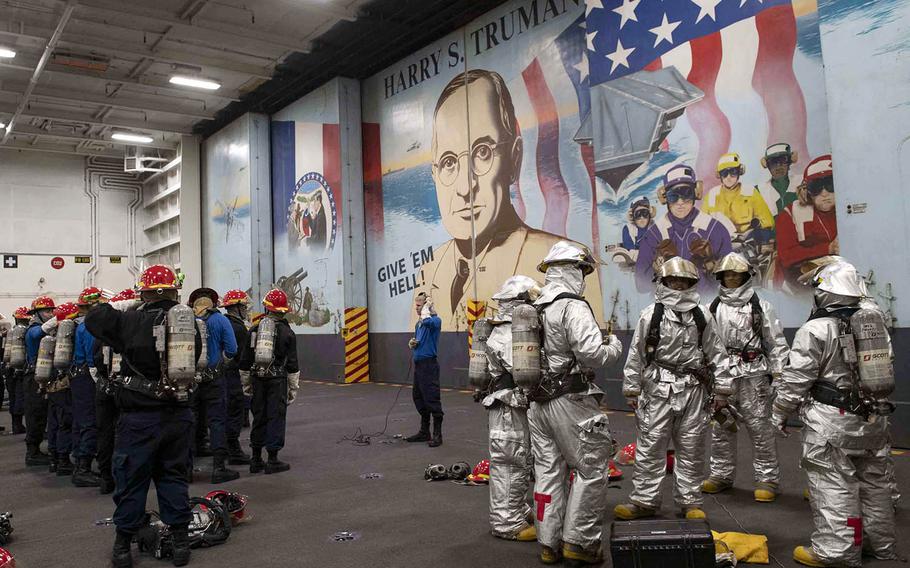 The USS Harry S. Truman will retire two decades early if Congress approves the Navy’s 2020 proposed budget as-is, a move some say could indicate a questionable future for aircraft carriers.

The Navy’s proposed budget — published this month — calls for dismantling the Truman in 2024 instead of funding the planned refueling of its nuclear reactor core that year.

Commissioned in 1998, the carrier is 20 years old, making it the fourth-youngest of the Navy’s 11 active carriers, according to the service.

Canceling the Truman’s refueling would open up funding for other capabilities, Rear Adm. Randy Crites, deputy assistant Secretary of the Navy for management and budget, said during a Pentagon presentation March 12.

In its 30-year shipbuilding plan submitted to Congress this month, the Navy said the change “is in concert with the Defense Department’s pursuit of a more lethal balance of high-end, survivable platforms (e.g. CVNs) and complementary capabilities from emerging technologies.” CVN is Navy shorthand for a nuclear-powered aircraft carrier.

“Persistent threat analysis and ongoing warfighting studies will continue to inform the requirements for specific battle force ships in the context of an evolving capability force mix, and the Navy is postured to respond to these studies,” the service said in the shipbuilding report.

Nixing the Truman’s midlife refueling overhaul will save the Navy about $6.5 billion, according to a Feb. 27 Breaking Defense article. Add in the savings associated with the carrier’s annual $1 billion operating costs and “total savings could exceed $30 billion” over the next two decades, it said.

But the service has already spent $537 million on two nuclear reactor cores for the carrier’s future refueling, according to a March 21 Bloomberg report.

The move is seemingly contradictory to the U.S. goal of a 12-carrier Navy. The service on Jan. 31 awarded a $14.9 billion contract to build two new carriers, but those ships won’t be ready until at least the mid-2030s, according to a Defense Department announcement.

The purchase of the two new Ford-class carriers “represents Navy’s enduring commitment to the aircraft carrier new-construction industrial base,” the service said in its shipbuilding plan.

Losing the Truman would reduce the U.S. fleet to 10 carriers, still the greatest number of aircraft carriers of any navy in the world, by far. By comparison, Russia has just one, while China has two, with a third under construction.

The development of new technologies by U.S. competitors make the carrier platform vulnerable, some critics have said. For example, China’s DF-21D guided missile is said to be theoretically capable of striking a moving aircraft carrier and its DF-26 has a reputed range far enough to reach U.S. bases on Guam.

The issue has been a concern for some time. According to a March 1 report in Foreign Policy magazine, then-Defense Secretary Jim Mattis last year debated with his staff about the relevancy of carriers “as Russia and China develop long-range missiles and sophisticated overhead satellites.”

“To those that are etching the tombstone of the U.S. aircraft carrier, I say this: What can replace the aircraft carrier’s unrivaled capabilities and the variety of missions it can accomplish such as close air support, sea control, large-scale power projection and defeat of any air defenses?” Callender said in a recording of the lecture.

In a March 11 think piece for the Defense One website, Callender called retiring the Truman “an ill-conceived decision the Pentagon is sure to regret,” and suggested leaders should instead push for systems that will promote carrier lethality and relevancy.

“Rather than abandon these unique ships in favor of unproven technologies, Pentagon leaders should help the Navy develop and field improved manned and unmanned strike aircraft, long-range weapons systems and other emerging technologies that will ensure the aircraft carrier remains a survivable and critical piece of the Joint Force for years to come,” Callender wrote for Defense One.