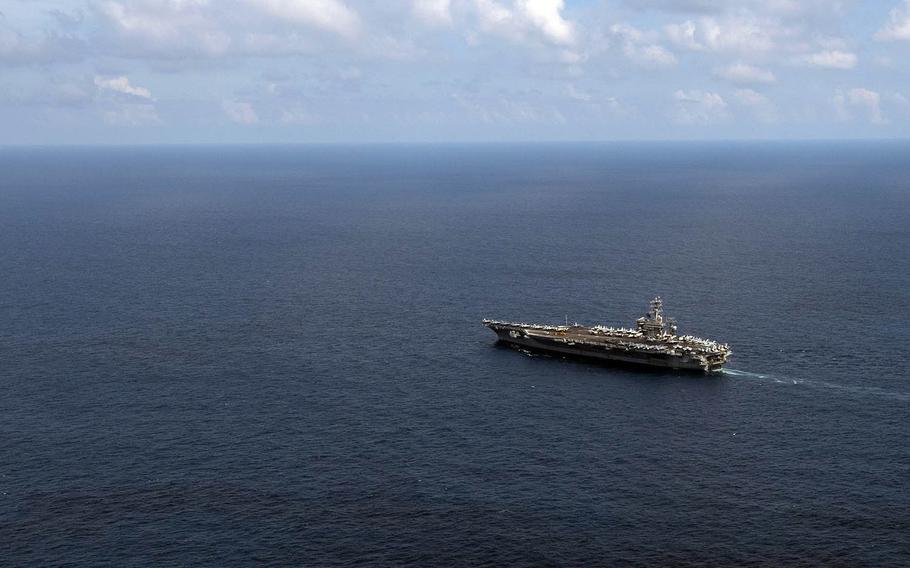 The aircraft carrier USS Nimitz is headed home to Bremerton, Wash., after an extended deployment in the Middle East, a Navy official told Stars and Stripes by email on Tuesday.

Secretary of Defense Lloyd Austin over the weekend called the carrier and its strike group home, according to a Monday report by U.S. Naval Institute News.

The Nimitz was conducting flight operations in the Arabian Sea as of last week, according to Navy photos published online Wednesday. On Monday, it was operating “west of India,” according to USNI News.

“Due to the recent threats issued by Iranian leaders against President Trump and other U.S. government officials, I have ordered the USS Nimitz to halt its routine redeployment,” Miller said at the time.

As President Joe Biden’s administration works to renew negotiations with Tehran regarding its nuclear program, immediate tensions with Iran are “seeming to ease a bit,” the New York Times reported Tuesday.

Though the Nimitz deployed in June, most of its more than 5,000 sailors have been on the ship since early April because of coronavirus quarantine precautions and pre-deployment training, according to a June 8 report by the Kitsap Sun in Washington.

The deployment itself has lasted 241 days, the Navy’s longest deployment since the USS Abraham Lincoln returned to San Diego on Jan. 20 after 295 days at sea, according to USNI.

During its deployment, the Nimitz supported U.S. troops in Somalia, provided air cover during the troop drawdowns in Africa and “conducted operations and exercises that strengthened enduring partnerships and alliances in the U.S. Central Command and U.S. Indo-Pacific Command areas of responsibility,” Miller said in his statement last month.