US military bases feel the sting of the cold 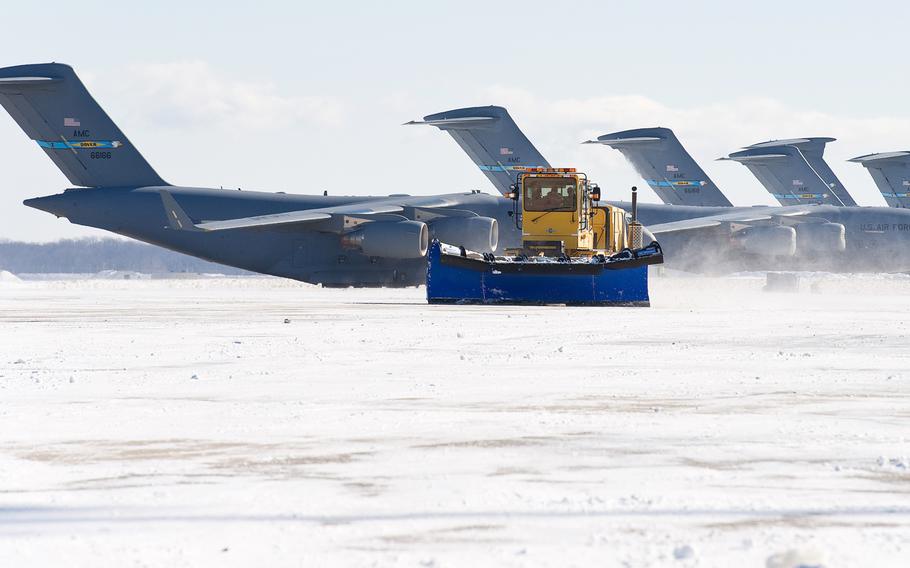 U.S. military bases from Colorado to Florida are feeling the effects of the dreaded Polar Vortex.

Icy roads on Fort Carson prompted Army officials to delay reporting for non-essential personnel until 9:30 a.m. Air Forces bases in the Colorado Springs area also are on delays, according to local media.

Several military installations in the southeast closed in preparation for the extreme winter weather. Non-essential military and civilian workers at Marine Corps Base Camp Lejeune, in North Carolina, were not required to report to work Tuesday, and the schools and non-essential services were closed. The base also will be closed Wednesday and will operate on a three-hour delay Thursday.

Soldiers, civilians and contractors at Fort Stewart and Hunter Army Airfield, near Savannah, Ga., also were sent home early Tuesday. The base will remain closed Wednesday, though emergency services will remain operational.

Bases as far south as Florida were affected. Hurlburt Field and Eglin Air Force Base announced they would shut down at 2 p.m. Tuesday, sending home all non-essential employees. Both bases plan to reopen at noon on Wednesday.

Wind chills were in the -30s for both Minot Air Force Base and Grand Forks Air Force Base in North Dakota, but delays and closures could not be ascertained; the web pages were frozen.