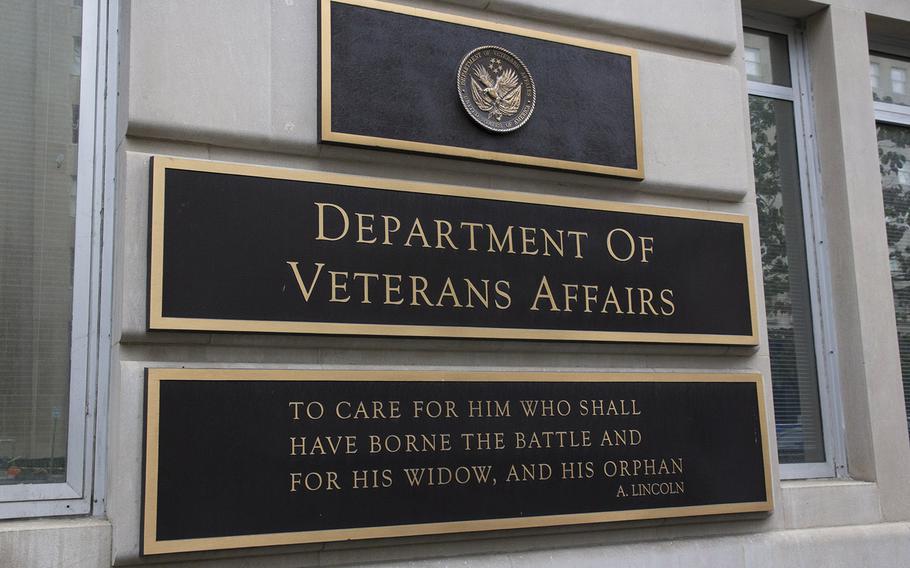 Editor's note: This story has been corrected.

The tight deadline of Nov. 5 won’t be met, say representatives of major veteran organizations who attend periodic VA briefings on plans for rollout of the Choice Card.

The card will ensure veterans have access to private sector health care if they reside more than 40 miles from a VA clinic or hospital, or if they face unacceptable waits, usually longer than 30 days, to access VA healthcare.

The simple guarantee, centerpiece of the Veterans Access, Choice and Accountability Act of 2014, is not so simple to deliver, at least in 90 days.

“I have heard nothing to lead me to believe they will get any [cards] out by November 5th,” said Joseph Violante, legislative director for Disabled American Veterans. He doesn’t even think VA has picked a vendor yet to make the cards.

VA declined a request to interview the official in charge of the Choice Card rollout because key decisions are not yet final. A VA statement called the law “highly complex,” said officials are striving to implement it “as quickly and efficiently as possible,” and the “goal has always been to meet the timelines set forth in the Act.”

Vet advocates didn’t disagree. Violante said he thought from the start the 90-day deadline was impossible for VA to meet.

While the card program is to end in three years or when $10 billion has been spent on care, whichever occurs first, VA still must build or buy expertise to run it, write regulations to govern it and decide how to monitor providers and care they deliver. It also must ensure health records are returned to VA to be merged with VA records for continuity of care. VA also must educate vets on who can use the card, how they can use it and when.

Roughly 700,000 to 800,000 veterans, less than 10 percent of current enrollees, will be eligible to use the card immediately if they need care. About 300,000 of those qualify because they live far from VA care. VA intends to issue cards to these two groups as soon as it can.

Later, in phases, it will send cards to all other veterans enrolled in VA health care as of Aug. 1, 2014, and to those who enroll later if had active duty service in a theater of combat operations within the previous five years.

This mandate in the law to give to the card to more than eight million veterans who won’t be eligible to use it worries vet advocates. Some veterans or even doctors could be confused and accept care VA won’t cover.

VA already knows who lives more than 40 miles from VA care. But the law allows VA to adjust the 30-day wait threshold, and it likely will, based on type of care needed. Waits longer than 30 days might reasonable, for example, for hearing exams with shorter waits for cardiology appointments.

When vets get their cards, they will have a phone number to call to verify eligibility and begin use. VA likely will decide it must offer veterans a choice to use a VA contracted provider or find their own physician. If so, when veterans choose non-network providers, Violante predicted, “it’s going to create a terrible situation for VA to try to follow that veteran’s treatment.”

“We don’t want to see the veteran go to someone who’s not the specialist they need,” Wallace said. “We also want to make sure the records go back to the VA because that could effect their claims down the road.”

Some entity also needs to manage the program, from verifying eligibility to coordinating episodes of care to paying providers and collecting co-pay from vets when appropriate. Rather than build that capacity, VA leans toward hiring a third-party administrator with nationwide experience such as Aetna or Kaiser.

As Congress rushed to shape legislation to address the wait-time scandal across multiple VA facilities, it was Sen. John McCain (R-Ariz.) who insisted Choice Card be part of the final package. Many vet groups are wary of its potential to shift veterans’ care and resources permanently to the private sector, and weaken VA’s integrated health system with its unmatched array of specialty care services for the most severely ill and injured.

Vet groups have argued that VA simply was underfunded, leaving it short of doctors, nurses, support staff and space as enrollments grew, leading to long waits and cooked books. The Congressional Research Service in June said VA healthcare enrollment rose 78 percent since 2001. That’s the effect of recent wars and of decisions tying many vet health conditions today to long ago exposures to combat stress and toxins such as Agent Orange.

Choice Card has created sky-high expectations among vets who hope for unlimited access to any type of care. Many vets also are expecting to get the card soon, a point Carl Blake, legislative director for Paralyzed Veterans of America, said he has been emphasized in meetings with VA officials.

“We have impressed upon them they probably need to figure out a way to have something rolling out” by Nov. 5, Blake said. If they don’t, he said, VA could face “a public relations nightmare.”

Some lawmakers who set the deadline, he quipped, probably have drafted already statements and press releases attacking VA for missing it.

Clarification: An earlier version of this story should have said Tricare cannot be billed under the Choice provision of the law providing a Choice Card to veterans enrolled in VA care.