Trust in the military is declining, while its reputation remains high, according to new survey 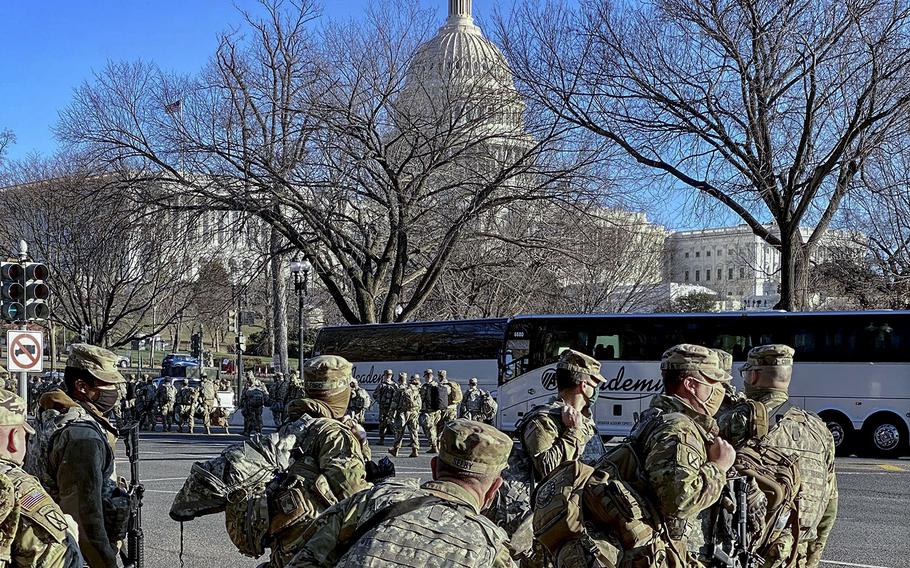 WASHINGTON — The number of Americans who have trust and confidence in the U.S. military has declined by 14% in the last three years, according to a new survey released this week by the Ronald Reagan Institute.

Yet, the armed forces still top the list of the most respected institutions in the nation, the survey found.

“While declining trust and confidence in the military is part of an overall downturn in attitudes among the American people, it’s particularly alarming as a leading indicator of a diminishing national spirit,” said Rachel Hoff, policy director at the Ronald Reagan Institute, a nonprofit organization dedicated to promoting Ronald Reagan’s legacy.

The institute started its “National Defense Survey” in 2018 to better understand how the public views defense, foreign policy and national security topics, according to the organization’s website. It’s designed to inform elected officials and policymakers.

However, “the military remains the most trusted institution by a large margin,” the report’s authors wrote in a summary of the survey’s findings.

Ten percent of individuals surveyed had a “great deal” of confidence in Congress, 30% in the presidency, and 39% in law enforcement in 2021 — all far behind the level of faith the public puts in the military.

The Pentagon’s press secretary on Wednesday shrugged off the survey results, but emphasized the department takes the issue seriously.

"Even though the numbers in this survey seem to show a drop in this particular survey, it’s clear that the American people still support and trust the men and women in the military,” Pentagon chief spokesman John Kirby told reporters.

Seventy-four percent of those polled support increasing military spending, but funding for the military is a “top priority” for only 11%, trailing behind other issues such as health care and education, the poll found.

While Hoff pointed out findings do not explain what’s behind the diminishing trust, she offered “the politicization of the military, growing awareness surrounding the issue of sexual assault, or recent headlines about extremism in the ranks” as potential drivers.

The survey’s results come as the Pentagon is grappling with how to address a number of hot-button issues such as rooting out extremism in the ranks and preventing sexual assault and harassment.

Following the deadly Jan. 6 insurrection at the Capitol, news reports have linked several active-duty service members and veterans to the riot. A NPR analysis last month found about 14% of the people charged in connection with storming the Capitol have ties to the military.

Defense Secretary Lloyd Austin pledged to Congress during his confirmation hearing that he would work to combat extremism in the military. In early February, he directed all Defense Department commanders and supervisors to lead a one-day stand-down within the next 60 days.

The problem of sexual assault and harassment in the military has continued to garner increased attention in recent years. Austin also told Congress that he will consider making sweeping changes in how those crimes are prosecuted. The defense secretary recently announced a civilian-led commission that would investigate the problem and gave the panel 90 days to review Defense Department policies and processes that address sexual assault in the military.

During the summer, the use of armed forces by former President Donald Trump to contain social justice protests also sparked public outcry.

Police and National Guard troops cleared out demonstrators in Washington in June, using tear gas to allow for a photo-op of Trump outside a church. The incident prompted criticism and sparked debate over civilian control of the military.

The survey by the Ronald Reagan Institute was conducted from Feb. 4 through Feb. 14 and had 2,527 respondents. Telephone interviewers accounted for 1,011 responses and another 1,516 responses were gathered online. The results were weighted by numerous factors such as age, race and region that were drawn from the U.S. Census Bureau’s 2019 American Community Survey to ensure the results accurately reflect the demographics of the country, according to a summary of the poll’s results.