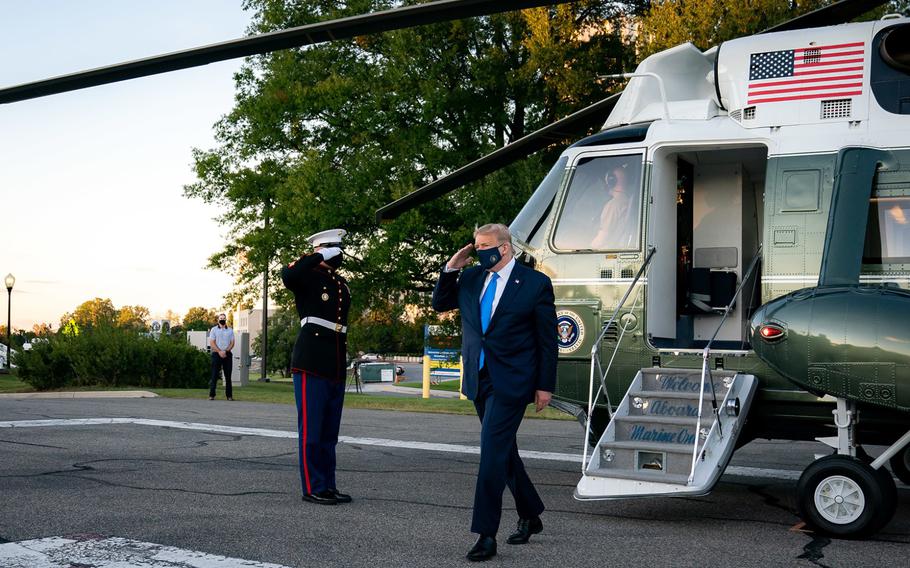 WASHINGTON — President Donald Trump has ordered the departments of Defense and Veterans Affairs and other agencies in his Cabinet to develop a plan within 45 days to tackle the mental health issues made worse by the coronavirus pandemic.

“The pandemic has also exacerbated mental- and behavioral-health conditions as a result of stress from prolonged lockdown orders, lost employment, and social isolation,” according to Trump’s order, which was issued Monday.

The order calls for the establishment of a Coronavirus Working Group, which would facilitate an “all-of-government” response to the mental health issues, including suicide, which could have spiked after months of widespread isolation and economic troubles in many industries throughout the country.

The group will analyze how the pandemic has impacted the mental health of vulnerable populations, which the White House identified as minorities, seniors, veterans, small business owners, children, individuals potentially affected by domestic violence or physical abuse, those living with disabilities, and those with substance-use disorders.

The task of tackling a potentially swelling mental health crisis in the wake of the pandemic will use multiple arms of the federal government. The groups will be made up of representatives from the departments of Defense, Labor, Justice, Agriculture, Education, Veterans Affairs, Housing and Urban Development, the Small Business Administration, the Office of National Drug Control Policy, and the Office of Management and Budget.

Some experts have warned the toll that nearly a year of social distancing and a strained economy can have on veterans. With less access to in-person therapy and isolation from friends and family, many veterans are reporting feeling disconnected from their community, according to a survey released by Wounded Warrior Project in September.

The Associated Press reported last week that military suicide numbers have increased as much as 20% this year compared with the same period last year. The Army’s leaders said they have seen about a 30% “jump” in the number of active-duty suicides so far this year and the increased numbers coincide with the start of the coronavirus pandemic.

“I can’t say scientifically, but what I can say is — I can read a chart and a graph, and the numbers have gone up in behavioral health-related issues,” Army Secretary Ryan McCarthy said in the AP story.

Karin Orvis, director of the Defense Suicide Prevention Office at the Pentagon said last Thursday that the Pentagon is concerned about suicide risks among service members and their families during the pandemic, but it would be too early to determine whether there will be a statistical increase in suicides during the pandemic until they had a full year’s worth of data.

Army and Air Force officials who spoke to the AP stated they believe the pandemic is adding more stress to the force.

James Helis, director of the Army’s resilience programs, told the AP that the changes to a service member’s way of life due to the virus, from financial issues to remote schooling, is causing more strain on them and their families.

“We know that the measures we took to mitigate and prevent the spread of [the coronavirus] could amplify some of the factors that could lead to suicide,” Helis said, according to the AP report.