Troops say proposed 1.6 percent raise may be small, but it helps 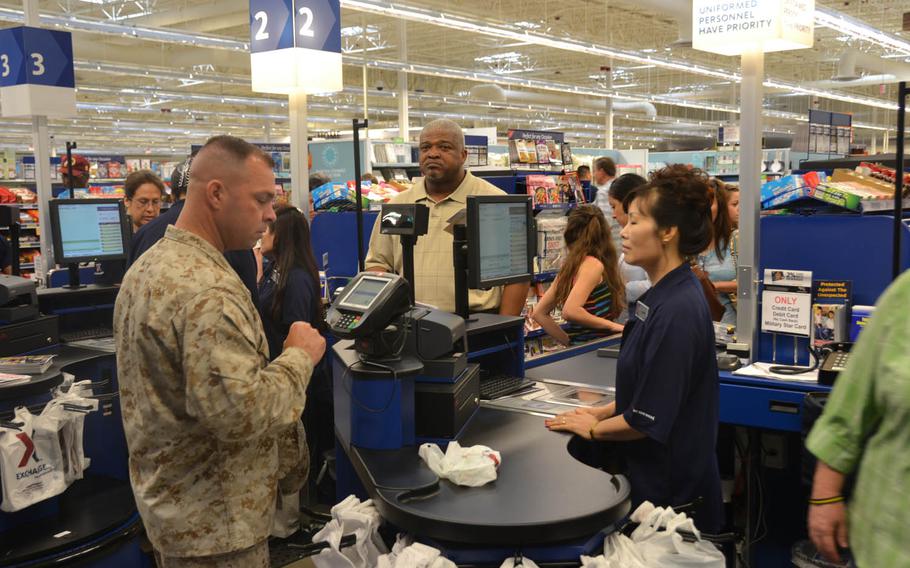 FORT SHAFTER, Hawaii — The Defense Department is proposing a 1.6 percent pay raise for servicemembers in 2017, a slight increase over this year’s 1.3 percent hike.

The increase will take effect next January if approved by Congress, according to the budget that the Pentagon proposed Tuesday.

That’s a far cry from the raises troops saw in the years after the Sept. 11, 2001, attacks, as the nation beefed up its military for conflicts in Iraq and Afghanistan. Wages increased by almost 7 percent in 2002.

“Something’s better than nothing,” said Army Spc. James Murphy, summing up the prevailing attitude among servicemembers in these post-recession, cost-cutting days.

Murphy’s outlook was shared by a number of soldiers at Fort Shafter Exchange.

“I do appreciate it — and I know my wife will — but it’s not going to completely change our way of life,” Sgt. Charlie Talania said. “But it’s definitely of help.”

“It’s the highest pay raise in four years, and we are happy with that,” Michael McCord said in a statement.

Officials make an effort to tie military pay increases with the rate of wage growth in the private sector, a measure called employment cost index, he said. That went up 2.1 percent, he said, so the 2017 increase would not keep up with inflation. But any military wage increase has to be balanced with other considerations, he said.

Even though the chairman of the Joint Chiefs of Staff, Marine Corps Gen. Joseph F. Dunford Jr., wanted to offer a pay raise that kept up with the rate of inflation, the Defense Department had to trim $17 billion off previously planned levels, McCord said.

“Compensation costs are something you balance against the size of the force you can afford, how much you can modernize and how you keep it ready,” he said. “If you put on blinders and only look at the pay raise, then of course you want the highest pay raise you can get. But since we have to balance, we think this is a good pay raise.”

“A lot of us were worried about sequestration, and as long as something like that doesn’t happen, I think we’re pretty satisfied with the status quo — as long as we have enough money to continue with training and maintain our equipment we have, then that’s enough for us,” he said. “It’s better than what we expected. Any increase is welcome.”

Pay increases — as compared with pensions and medical benefits — are relatively easy to change up or down each year, McCord said.

“If we see problems in retention, a pay raise is something you can change every year, and we will,” he said.

Jason Flower, a second lieutenant at Fort Shafter, said it was “interesting” that the proposed increase is larger than what soldiers have seen in the past three years. He noted that it was an election year, however, and the military vote draws a lot of attention.

One soldier, who was racing out of the Exchange with little time to talk, described the increase as “not much.” But it didn’t matter to him, he said, because after 27 years in the Army, he’s set to retire.