Top shots: The best in news, sports and military photos 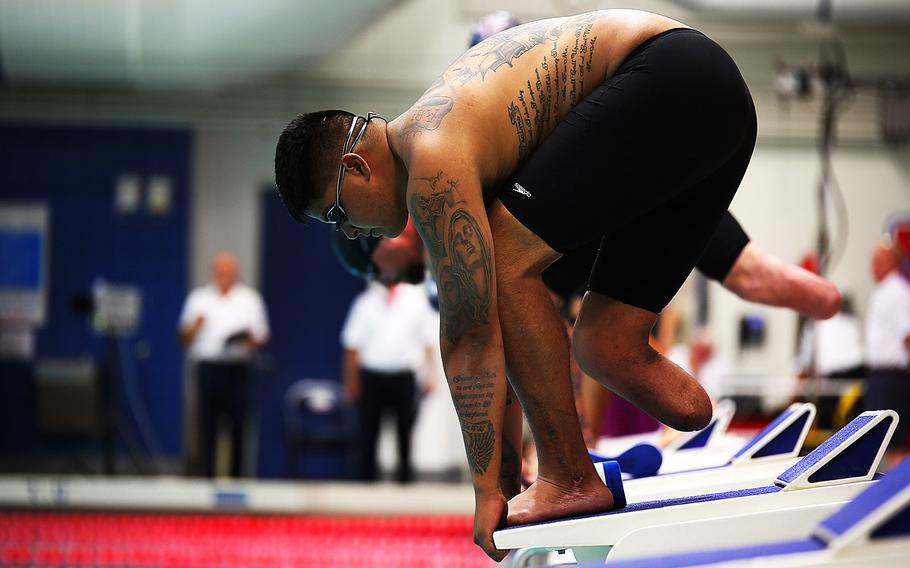 Sgt. Alex Nguyen from Fremont, Neb., prepares to take off for the 50-meter freestyle swim at the 2014 Warrior Games on Sept. 30, 2014, at the United States Olympic Training Center in Colorado Springs, Colo. (Jessica Quezada/Courtesy of the U.S. Marine Corps)

Sgt. Alex Nguyen from Fremont, Neb., prepares to take off for the 50-meter freestyle swim at the 2014 Warrior Games on Sept. 30, 2014, at the United States Olympic Training Center in Colorado Springs, Colo. (Jessica Quezada/Courtesy of the U.S. Marine Corps) 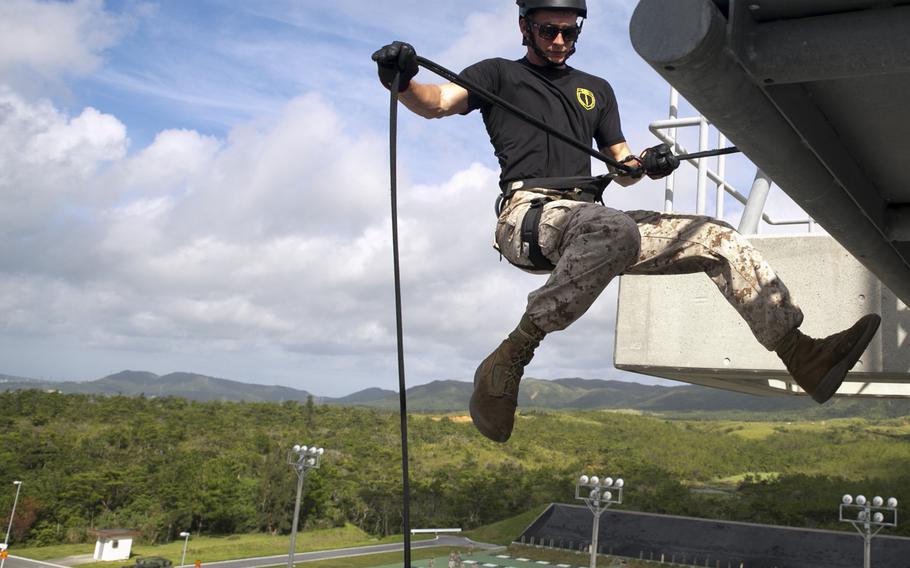 The Walking Tour Mullerthal - Consdorf trail is home to many types of wild mushrooms in the Mullerthal Region known as Luxembourg's Little Switzerland. This interesting community of mushrooms was photographed on Sept. 10, 2014. (Joshua L. DeMotts/Stars and Stripes) 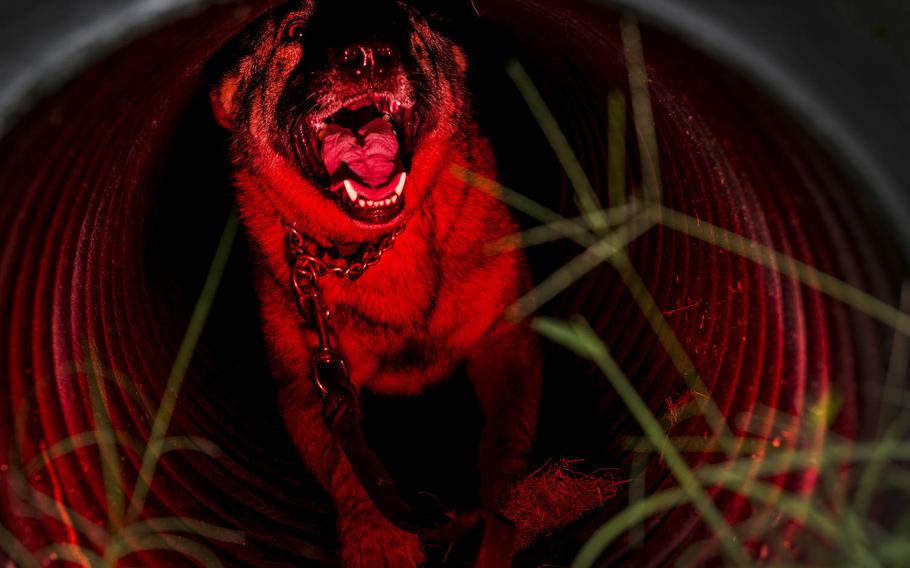 Military Working Dog Hulk, a three?year-old German Shepherd assigned to the 628th Security Forces Squadron, completes an obstacle course on Wednesday, Sept. 24, 2014, at Joint Base Charleston, S.C. The obstacle courses are designed to train and prepare the military working dogs for the various challenges they will face at home or deployed. (Dennis Sloan/U.S. Air Force) 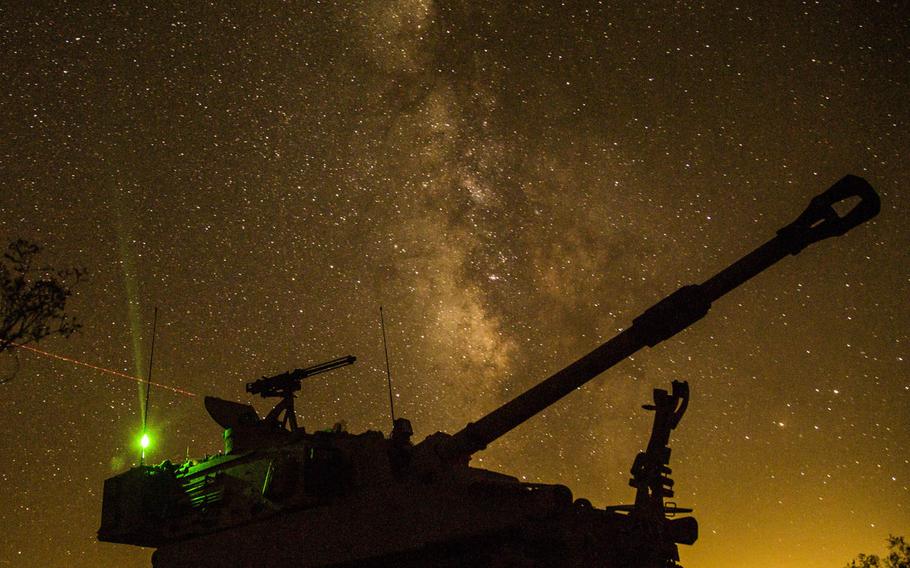 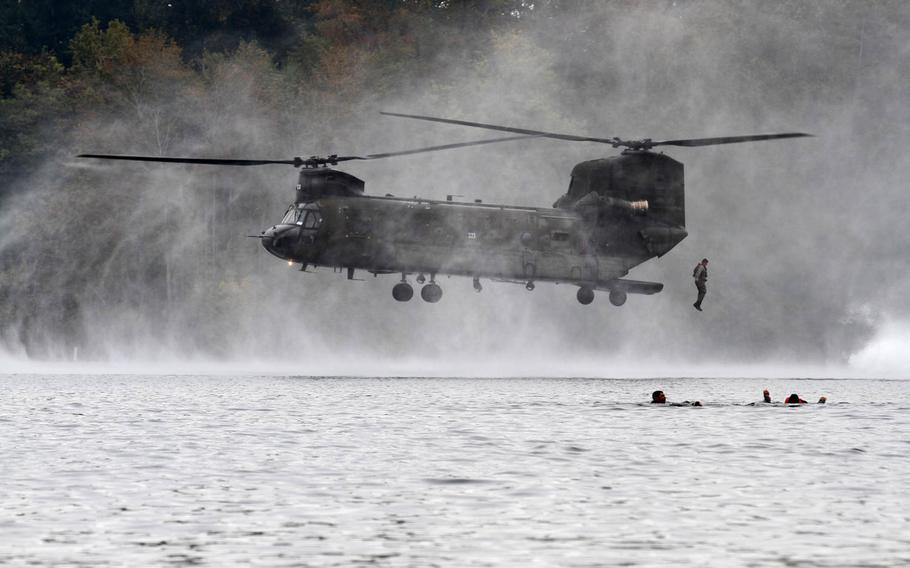 U.S. Army Soldiers from the 555th Engineer Brigade jump from a CH-47 Chinook helicopter during helocast operations at American Lake at Fort Lewis, Wash., Oct. 9, 2014. The helocast is the first the unit has conducted and is part of the brigade's program to prepare Soldiers for the Sapper Leader Course. (Jennifer Spradlin/U.S. Army)

This is a preview of photo gallery content that is currently available to Stars and Stripes Tablet Edition readers.Recently rebuilt from the ground up, the Tablet Edition allows subscribers to enjoy access to our in-depth stories, high-resolution photo galleries on sports, travel and military life, videos, the Sunday Comics and more. After the free 7-day preview is over, you can choose from two convenient and low-cost subscription plans. Read more about the Stars and Stripes Tablet Edition or download it for free from the App Store today.