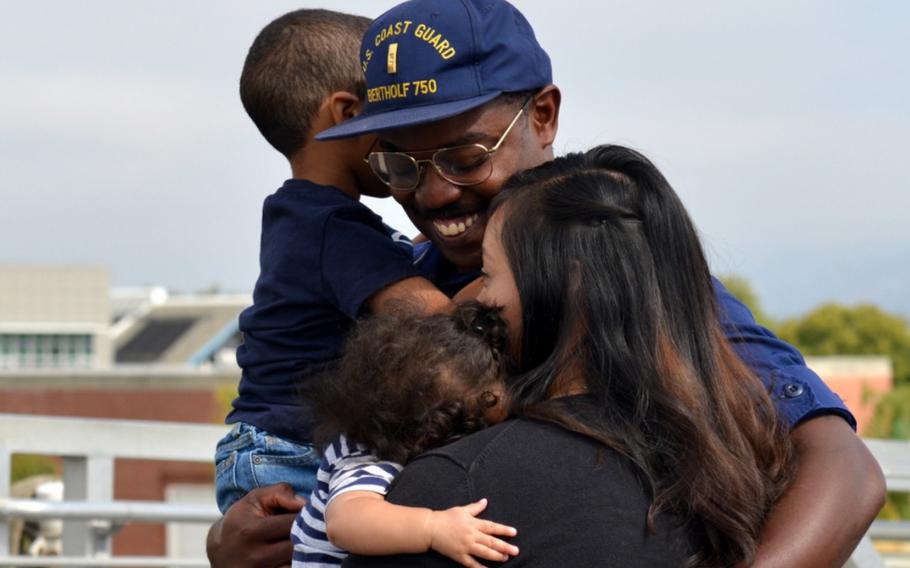 Coast Guard Commandant Adm. Karl Schultz on Wednesday publicly criticized the lack of pay for his service’s men and women as the government shutdown crawls into its fifth week.

While the other military branches have remained funded, Coast Guard personnel have gone without paychecks since the shutdown started 32 days ago. The impasse stems from House Democrats’ refusal to provide President Donald Trump with the billions he demands to build a wall on the U.S. border with Mexico.

"Ultimately, I find it unacceptable that Coast Guard men and women have to rely on food pantries and donations to get through day-to-day life as servicemembers," Schultz said in a video posted to his Twitter account.

The strong words came with a promise that he and Master Chief Petty Officer of the Coast Guard Jason M. Vanderhaden, who joined Schultz in the video, would “continue to take to Capitol Hill the message of critical importance of putting paychecks in the hands of the men and women who serve in the world’s best coast guard.”

The Coast Guard’s approximately 41,000 active-duty servicemembers and another 2,100 “essential personnel” have continued to work without pay since Dec. 22, the Washington Post reported Wednesday. Another 6,000 civilians were furloughed.

Other military branches have continued to receive paychecks throughout the shutdown, but the Coast Guard, a part of the Department of Homeland Security, not the Defense Department, has gone unfunded.

“We’re five-plus weeks into this government lapse and your non-pay,” Schultz said in the video. “You as members of the armed forces should not be expected to shoulder this burden.”

All service branches but the Coast Guard were paid Jan. 15; when that date passed without paychecks, the situation grew more tense. Friday marks a new “sobering milestone,” Schultz said – the potential nonpayment of Coast Guard civilians on what should be their payday.

“We have a workforce of 8,000 civilians that work alongside the uniformed members of the world’s best coast guard doing tremendously important things each and every day,” the commandant said in the video.

Even without pay, the Coast Guard has continued some of its missions. On Sunday, 170 crewmembers of Coast Guard Cutter Bertholf deployed from Alameda, Calif., to patrol the western Pacific Ocean.

Schultz said the Coast Guard’s “dedication and resilience in this adversity defines the absolute best of our nation.”

“Thank you for continuing to stand the watch,” he said.

Schultz said he has been working with Homeland Security Secretary Kirstjen Nielsen to “seek solutions.”

“That is your fund; that is your safety net,” Schultz said, encouraging servicemembers to take advantage of the program.

Citizens and organizations across the country have donated to various funds and offered free meals to help employees unpaid during the shutdown. USAA on Jan. 15 donated $15 million to Coast Guard families and offered interest-free loans of up to $1,000.

“I remain heartened by the assistance available to you within the lifelines and by the outpouring of support from the local communities across the nation,” Schultz said.

Vanderhaden wrapped up the two-minute video with a note of optimism, thanking Coast Guard men and women for their “strong leadership thus far in this challenge.”

“This will end. We will get through this,” he said. “When we get through this I want you to look back at your leadership and be proud of what you did and how you took care of your people.”