‘Top Gun: Maverick’ is Navy approved, down to the plot details 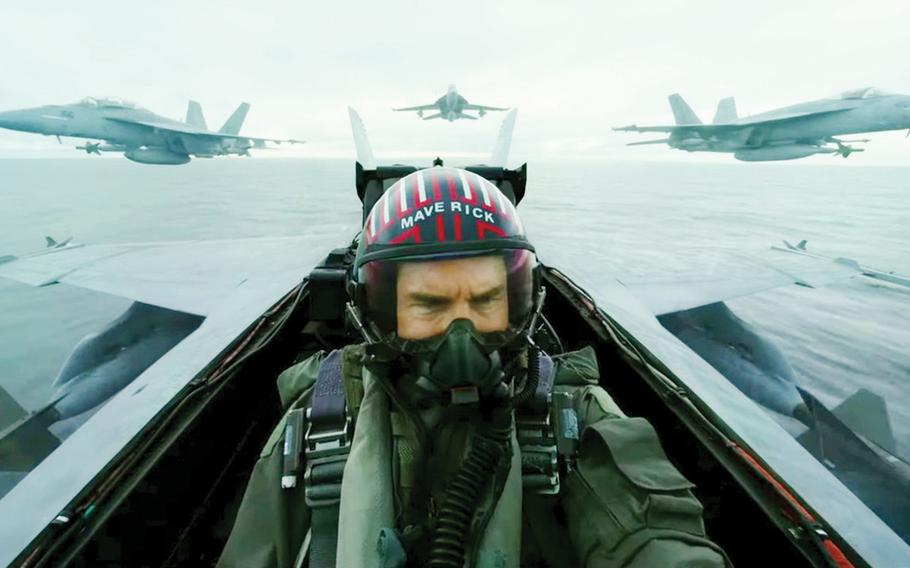 What’s Capt. Pete “Maverick” Mitchell been up to the past 32 years since the Navy fighter pilot first expressed his need for speed in 1986’s highest-grossing film?

Why, as a rear admiral played by Ed Harris asks Maverick in the “Top Gun: Maverick” trailer released two weeks ago, is he still a captain, despite more than 30 years of service and an unparalleled record shooting down enemy planes?

“We’ll probably have to see the movie to see what he’s been doing,” Flanders said.

But chances are it won’t have been anything awful.

“The Navy did review the script so that A, it was accurate and B, was consistent with the ideals of the Navy,” Flanders said.

The Defense Department has considerable influence over the script, just as the military does over any movie that enlists its support. If the filmmakers decline to make changes desired by the military, its support, such as access, equipment and troops, can be withdrawn.

In the first movie, the script originally called for Goose, Maverick’s sidekick, to die in a midair collision, according to a 1986 story in Time magazine. The Navy said too many pilots were crashing so the script was changed to kill Goose as he tried to eject during a spinout.

According to a production assistance agreement for the upcoming film posted online by the Washington Business Journal, senior military staffers would “review with public affairs the script’s thematics and weave in key talking points relevant to the aviation community” and be on set to provide and to “depict action scenes accurately.”

In addition, the DOD was to be provided a rough cut of the movie to address any aspects officials found problematic as well as be provided a screening of the finished film before public premieres, according to the agreement.

Paramount in return got access to facilities and troops in three states and a Nimitz-class nuclear-powered aircraft carrier; permission to fly aircraft, put cameras on and in F/A-18 Super Hornets and Navy helicopters, cast training in water survival and aircraft seat ejection; and 20 Marines to appear as an official funeral detail.

Paramount has to reimburse the Navy for all costs “not aligned with current operations,” such as flights not deemed to be providing training.

Flanders said there will be a lot of flying, and that pretty much all of it would be real, including, unlike in the original movie, scenes with actors in the aircraft.

“Whatever you’re going to be seeing in ‘Top Gun: Maverick,’ that is the real deal,” he said.

“Top Gun” producers 32 years ago paid the military $1.8 million for using its naval air stations, carriers, planes and pilots, according to Time, including $7,600 an hour for flying time.

Super Hornets cost at least $24,400 an hour to fly, according to a recent estimate by IHS Jane’s, a British publishing company specializing in military, aerospace and transportation topics.

“It may be even more than that,” Flanders said, but whatever it is, Paramount will be on the hook for it.

“There will be no cost to the taxpayer,” he said.