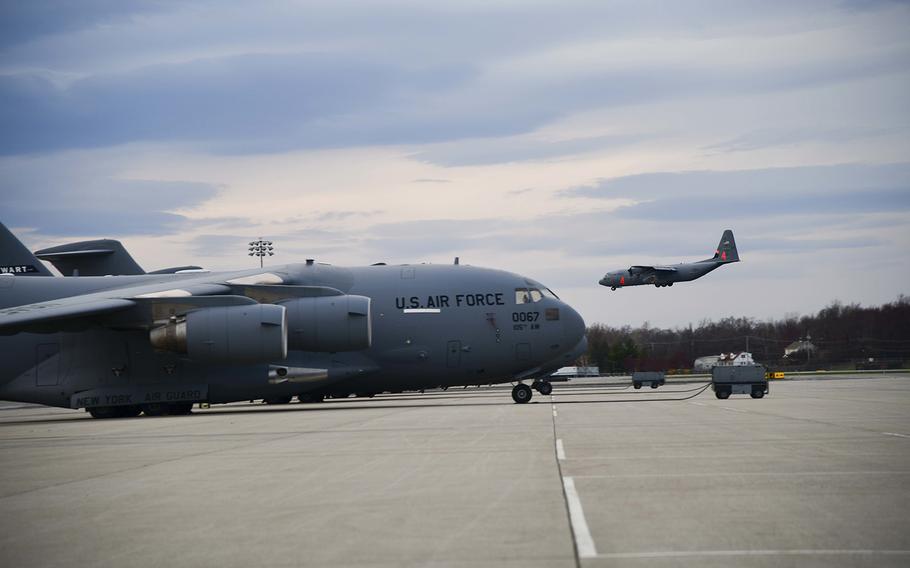 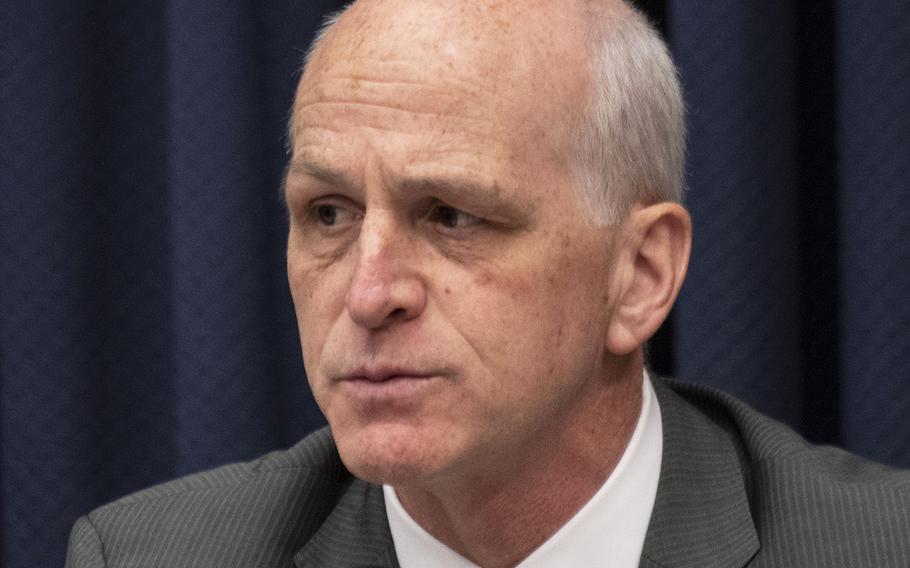 Buy Photo
House Armed Services Committee Chairman Adam Smith (D-Wash.) at a hearing in February, 2020. Smith has accused the U.S. Air Force of attempting to influence two Senate runoff elections in Georgia by announcing that the state is a candidate for a C-130J operating base. (Stars and Stripes)

WASHINGTON — The leader of the House Armed Services Committee accused the U.S. Air Force on Tuesday of attempting to influence two Senate runoff elections in Georgia by announcing the state as a candidate for a C-130J operating base.

“I am disappointed that the Air Force rushed today’s announcement, a decision that could mar the service’s historically repeatable, transparent, and deliberate strategic basing process, which until now has helped insulate basing decision from political influence,” Smith said in a statement.

The Air Force announced this week its four preferred locations for the new C-130J transport aircraft, including bases in Kentucky, West Virginia, Texas and Georgia. Kentucky, West Virginia and Texas will each receive eight aircraft in 2021, the announcement said. The Air Force indicated that Georgia would receive new aircraft “if they become available in the future.”

The Air Force said Wednesday that naming Georgia allowed the branch to move forward with environmental impact studies. However, Congress is still negotiating legislation that determines whether enough C-130Js will be authorized for a fourth location. The Air Force told lawmakers during a briefing earlier this year that only the three sites would be announced, Smith said.

“The Air Force did not need to make this decision now — plain and simple — and should delay moving forward with these basing actions until conference negotiations have concluded and the decision is not at risk of being politicized,” Smith said.

Lawmakers typically lobby for military resources to come to their states, as they provide a boost to local economies. Sen. David Perdue, a Georgia Republican who is in one runoff election in January, celebrated the Air Force’s decision and highlighted his work to secure the new fleet in a statement Tuesday.

“As a member of the Senate Armed Services Committee and proud Senator for Georgia, I continue to focus on making sure our women and men in uniform always have the tools they need to carry out their missions, and that our state is at the forefront of that effort,” Perdue said.

Perdue is running against Democratic challenger Jon Ossoff in a runoff, and Sen. Kelly Loeffler, R-Ga., faces the Rev. Raphael Warnock. Both races will be decided in a Jan. 5 election, and the stakes are high: The election will determine whether Democrats can gain control of the Senate.

Smith said that if the Air Force doesn’t halt the process to adopt Georgia as the fourth site for C-130Js, Congress may be forced “to take action to protect the basing process from being used to potentially influence congressional action or election outcomes.” He did not outline potential next steps.